When it comes to public service delivery, Europeanisation is becoming a ‘ball and chain’ for domestic policy-makers, argues Judith Clifton. She claims that the EU has, gradually and subtly, created an ever more important layer of governance over how public services can be delivered, effectively straightjacketing the state.

For two decades, discussions on how the role of the state is changing in public service delivery have been dominated by the metaphor that the state is being ‘hollowed out’. Despite that fact that this metaphor has since attracted much criticism, it somehow refuses to die. The classic definition was provided by Rod Rhodes who observed how spending cuts and public sector reforms of the 1980s and 1990s had reduced the autonomy and discretion of government bureaucracies. Rhodes also argued that the growth of transnational policy networks in Europe blurred questions about accountability. In a nutshell, the state was not disappearing, but it was being hollowed out, as central and local governments lost functions, downwards, to other agencies and upwards, to the European Union. Once governments realised this, Rhodes predicted, they would reverse these trends back to more traditional bureaucratic approaches.

But this reversal has not happened, nor is it likely to. Governments across the EU have signed up to an increasingly broad set of binding rules on how public services can be provided. Bar actually leaving the EU or renegotiating the Treaty of Lisbon, it is today not obvious how they can disentangle themselves from these rules. Rhodes was concerned that Europe created new, complex layers of transnational government, which he described as ‘conceptual fog’, making accountability more difficult to trace. I take a more critical stance on the EU, and argue that Europeanisation is creating much more than fog: it is becoming a ‘ball and chain’ for domestic policymakers. Local and national governments have lost power over specific areas of public service governance to Brussels: central and local governments are being tied down to new, important, rules. These new rules, in turn, reduce governments’ own capacities to choose policies on public service delivery according to their preferences.

‘Hollowing out’ is no longer capable of capturing the reality of contemporary policy reform. The term suggested the state retained its carapace of responsibilities but lost key capacities to carry them out. Today, states are seeing the erosion of some of these core responsibilities through Europeanisation. The new scenario can be described by the following trends:

In a recent piece in the Political Quarterly, I looked at the consequences of Europeanisation for governments’ capacities to exert their preferences for public service policy at home. I tracked how the EU has, gradually and subtly, created an ever more important layer of governance over how public services can be delivered. This occurred through the production of a specific EU discourse on public services (Services of General Interest). This rhetoric was engineered in such a way as to be ever-expansive, in that virtually all public and social services could be argued to be at least partially Services of General Interest and, hence, subject to EU rules. This rhetorical coup de grâce opened the door allowing for the greater extension of EU competition, liberalisation and state aid policies into the body of public and social services. In short, a new metaphor is required to capture this predicament: straitjacketing the state.

People are straitjacketed when they are perceived to be at risk of damaging themselves. Straitjacketing the state occurs when a state signs up to a new set of supranational rules which purportedly will help avoid it damaging itself, by restricting room for localised, inefficient practices. However, due to the strength of the jacket, the state ends up being significantly restricted as regards choosing policies for domestic implementation according to their preferences.

There are hundreds of examples where EU rules straitjacket states. Representatives of local authorities around Europe were keen to point me to instances where it was perceived that Commission or European Court of Justice decisions had stripped them of their core social functions. Major associations, including the UK’s Local Government Association, the Convention of Scottish Authorities (COSLA) and the Council of European Municipalities and Regions (CEMR) – which is the largest grouping of local government authorities in Europe consisting of 150,000 local and regional authorities – lament that the Commission has the large power to define what is and what is not a public service and interferes excessively in local government decision making. The CEMR complains that the EC proclaims to be neutral but in practice veers towards applying internal market rules to public services in an overly-market focused way, eroding local democracy.

Another examples of straitjacketing the state is when the Scottish government was pressurised to making the running of the so-called ‘life-line’ ferries, linking the mainland to islands, compatible with EC law by introducing complex competitive tendering procedures in order to justify continuing its ferry subsidies. A study by Paul Bennett showed the real potential for competition was minimal, and the design of the tenders focused on cost and did little to guarantee service quality, adequate investment, social cohesion and low fares for users.

Another example is how EC rules challenged the basic social structure of a country. The Commission, in 2005, challenged the Dutch government for its subsidies to the housing sector, after having received complaints from real estate developers. The Commission claimed that, while some of the subsidies were usefully supporting non-economic service provision, a part of them was going to activities which were potentially economic. The upshot was that the Dutch government was forced to re-design its historical model of housing provision away from a broad concept of social housing to a narrower income cap approach more typical of UK practice. In effect, social housing in the Netherlands can now only be destined for the most vulnerable groups. The whole affair witnessed a spate of complaints to the Commission by private real estate developers about social housing provision across the EU.

The road to the straitjacketed state is not inevitable and linear. At the regional and European levels, local and national governments have successfully lobbied to slow down, or modify, intrusion from Brussels into public service provision: for instance, the CEMR succeeded in removing child and vulnerable peoples’ care from the Service Directive. In the first use of the European Citizens’ Initiative, over 1.5 million people signed against the inclusion of water into the Concessions Directive in 2013. In the energy and water sectors, Warner and Clifton have documented a recent rise of re-municipalisations, such as Hamburg’s energy grid in 2013. But none of this detracts from the underlying trend whereby EU rules are increasingly encroaching on the ways in which governments can provide services to their citizens.

Houdini got out of straitjackets. Can governments do something similar? The difficulty of reversing policy is conditioned by the way in which policy was organised. Delegation is easier to reverse than devolution. Because power was devolved, there is little governments can do to reverse this, bar fundamental treaty renegotiation or exiting the EU. States become straitjacketed twice over when World Trade Organization rules take up some of the developments in EU law, making services that are subject to competition also subject to comply with free trade rules.

There is another, more informal, option associated with the politics of abandonment. Though the Commission has achieved the legal competence to intervene in potentially all public services, they do not have the resources do to do. It is entirely unfeasible that the Commission can ‘police’ the provision and delivery of all public and social services across Europe. It is possible that, as in its implementation of competition policy, Commission action will focus on addressing local practices most obviously inconsistent with EU rules. Even so, the mere threat of possible discipline from the Commission casts a long shadow over governments’ tasks in delivering public services in the future.

Note: This article gives the views of the author, and not the position of the British Politics and Policy blog, nor of the London School of Economics. Please read our comments policy before posting. Featured image credit: Sébastien Bertrand CC BY 2.0

Judith Clifton is Associate Professor of Economics at the University of Cantabria, Spain. She is also Affiliated Senior Research Fellow at the Faculty of Social Science, Open University, UK and Editor-in-Chief of Journal of Economic Policy Reform. 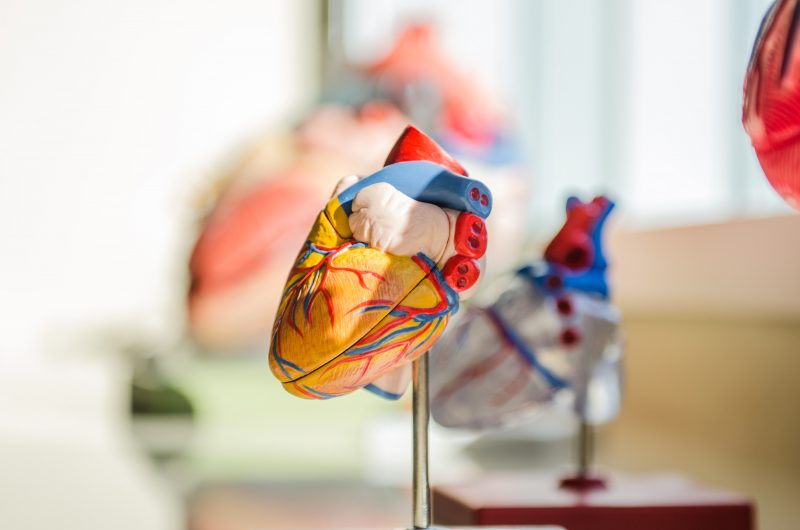 Hard Choices in UK Public Policy – What to cut, not when