Cheryl Brumley, Danielle Moran and Joel Suss round up the week in political blogging

The FT’s Westminster blog thinks that Cameron’s lack of strategy is beginning to show and The Tory Diary’s Paul Goodman writes that the Conservatives must learn to be interested in the affairs of different ethnic groups (for which they are being given training according to Political Scrapbook) if they want to win more seats in Parliament. The Staggers notes that the party cannot rely simply on boundary changes to obtain a majority.

Cutting the 50p tax-rate is again being debated in the media. Tax Research UK argues that it should not be cut as it serves to reduce social inequality, while the TUC’s Touchstone blog explains why the UK’s richest should still ‘bother’ to work.

The Coffee House draws a link between UK employer preference for foreign workers and what they see as the laziness inspired by the welfare state: in other words: “The Pret-a-Manger Factor”.  Labour List instead points to the lack of manufacturing and construction jobs for high non-graduate employment. The Green Benches thinks the NHS reforms constitute a blatant attack on women – the healthcare sector is nearly dominated by females and offers them one of the greatest avenues to employment.

The Coffee House commends the government for closing tax loopholes that will require Barclay’s to pay an extra £500 million, and Liberal Conspiracy finds it curious that figures showing low levels of benefit fraud got so little media coverage.

The Staggers notes that a victory for Ken Livingstone could offer Labour the chance to mould London into a living alternative to austerity and Left Foot Forward shows that the choice between Boris and Ken is also one between lower tax rates for the wealthy or EMA for teenagers. David Lammy MP won’t be running after a Routemaster anytime soon as he lambasts Boris Johnson in Labour List for hinging his success on a pricey bus.

A horse called Raisa
After many false starts, David Cameron admits to riding the MET horse loaned to Rebekah Brooks.

After months of occupying the area outside St Paul’s Cathedral, protesters were removed in the early morning hours of 28 February. The Staggers presents many pictures from the eviction. 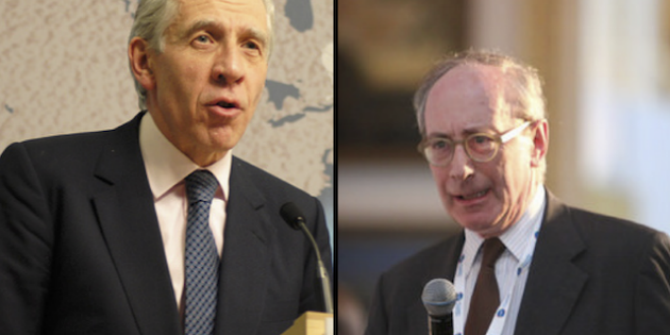