Matthew Partridge finds that A Long Goodbye will be of use to students of military and diplomatic history, but that the book doesn’t have the last word on the subject. 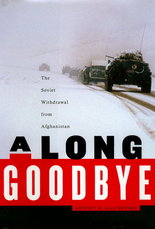 Since the 1970s, historical study of the Cold War has been characterised by a tremendous debate over the origins of the conflict. Traditionalists blamed tensions on a Soviet desire to expand domination into Western Europe and praised the Truman administration for successfully resisting Stalin’s encroachment. Conversely, revisionists argued that Russian foreign policy was driven by insecurity, that the Soviets had no serious desire to move westwards and that American foreign policy was counterproductive. Although there is now overwhelming evidence supporting the traditional interpretation, there is now a secondary debate on whether the breakup of the Soviet Union was forced on an unwilling Kremlin by internal and external pressures, or was the deliberate result of Gorbachev’s reforms.

A Long Goodbye, Artemy Kalinvosky’s study of Soviet policy towards Afghanistan, can be interpreted as offering limited support to those who believe that change occurred because of, rather than in spite of, the senior leadership. He argues that the Soviet withdrawal was a conscious decision on the part of the Kremlin that mirrored a shift away from hardline policies at home and abroad, rather than as the result of military or economic necessity. He also claims American support for the Mujahideen may have in fact prevented a diplomatic solution being reached as early as 1982, although the Soviets were only interested in an agreement on their terms.

After an introduction detailing Kalinvosky’s main arguments, the first two chapters set the context of the Afghan endgame by looking at the narrative of Soviet involvement before 1985. He accepts that it was part of a wider (and longstanding) programme to spread Communism throughout developing countries. However, Kalinvosky is adamant that it was not the first stage of a wider plan to control the Persian Gulf, and may in fact have been partly motivated by fears of American ambitions in that region. Although the occupation continued throughout the next five years, troop withdrawal was seriously considered at several times.

The third chapter examines Afghan policy in the first year from Gorbachev’s accession. Kalinvosky concedes that during the intervening time, the Soviet leader “largely let the war run its course during his first year at the helm…he moved cautiously, preferring to try every option available before finally giving up on helping the Afghan regime win the war” (p. 80.). However, he claims that Gorbachev was simultaneously laying the ground for a withdrawal by making it clear internally “that Soviet troops would not be there forever” (p. 81), and by allowing public criticism of the war to be voiced in the media.

The focus then shifts from the period from 1986 until early 1988. It is argued that from this point onwards Gorbachev, and the rest of the Soviet leadership, accepted that troop involvement would have to end in the medium term. This led to two new initiatives; first a focus on gaining the Afghan regime greater domestic legitimacy and then a negotiated solution involving America or Pakistan. During the latter phase the Kremlin’s main concern was the effect that a withdrawal would have on client states in developing countries (and vice versa), though little is said about how withdrawal was perceived by the Warsaw pact regimes.

Chapters 8 and 9 focus on policy during the 1988-9 withdrawal and its immediate aftermath. Although both the military and civilian leadership agreed with the decision to remove troops, the reality that Najibullah’s regime would not survive withdrawal lead to a split emerging between hardliners, who wanted additional intervention, even if this mean delaying the retreat, and reformers who wanted the retreat to proceed. During this period Gorbachev’s resolve seemed to wobble at several points, he sacked one of his most dovish advisors and even considered a halt to troop withdrawals. However, he eventually resisted the attempts of hawks, such as Kriuchkov and Shevardnadze, to either prolong the Soviet presence, or to re-insert group forces after February 1989, although military and civilian aid continued until the end of 1991.

Overall, Kalinovsky’s work is provocative, and challenges (but does not refute) the narrative of popular histories such as George Crile’s Charlie Wilson’s War. He should also be praised for acknowledging the limited scope of his study, stating that “A truly international history of the war…is at this point very far away” (p. 2). There is also an honest acknowledgement that the documentary evidence currently available is both limited and biased, conceding that “…researching this period in Soviet history poses a number of problems, the greatest of which is the limited access to primary materials… selective availability presents some problems” (p. 276).

Nonetheless, Kalinovsky could have done more to cross-check the material, provided by The Gorbachev Foundation and Anatolii Cherniaev with other evidence. For instance, he contends that “although there has been some speculation that he [Gorbachev] gave the military a two-year window to win the war, this seems unlikely….Nor did Gorbachev authorize a “surge” as has been suggested” (p. 87). However, the official history of the Soviet General Staff reveals that troop numbers increased by 27,000, including substantially increased air support (Lester Grau and Michael Gress, The Soviet-Afghan War. How a Superpower Fought and Lost, Lawrence, 2002, p. 26.), while ISI Brigadier Mohammed Yousaf claims that in 1985 there was “some of the fiercest fighting of the war… greatly increased pressure from the Soviets” (Mohammed Yousaf and Mark Adkin, Afghanistan – The Bear Trap: The Defeat of a Superpower, Barnsley, 1992, p. 140.).

Such discrepancies between the Gorbachev Foundation material and other evidence strongly suggest that the former practices self-serving selective disclosure. In this context, the official record’s silence on key issues, especially the war’s impact on policy towards Eastern Europe, implicitly concedes the existence of such linkages. Given the Soviet leadership feared that defeat in Afghanistan would destroy its credibility in the developing world, it would be very surprising if it was not even more concerned about how events would be perceived by the Warsaw Pact regimes.

While A Long Goodbye will be of use to students of military and diplomatic history, it should not be read in isolation, and certainly not as the last word on the subject. The on-going disagreement among historians over something as basic a fact as the true Soviet casualty figures shows the difficulty of making wider judgements, such as the extent to which defeat in Afghanistan led to the breakup of the USSR.