Refreshed to include a new postscript on the financial crisis and its aftermath, Geoffrey Ingham’s Capitalism traces the development of capitalism from Karl Marx through to the tumultuous period it in which it now finds itself. The author leaves little doubt that there are ample targets for blame and animosity, but reviewer Scott Levin wasn’t convinced enough to pitch a tent at St Paul’s. 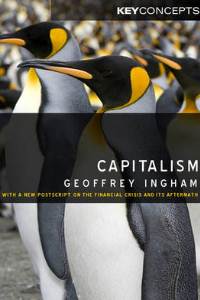 In 2007, the subprime mortgage crisis and subsequent credit crunch shook the foundation of western capitalism and called into question many of the principles of classical economics. With ostensibly little hesitation or shame, the titans of the free market limped to London and Washington to accept public relief for private losses. Once again the ‘best and brightest’, as David Halberstam quipped a generation earlier, had failed to foresee the impending disaster of their collective actions.

What led us to this most undesirable of calamities? Was it an aberration or a natural sequence of events to be expected in a capitalist society? In Capitalism, political economist and sociologist Geoffrey Ingham adeptly traces the roots of our quixotic social order from Adam Smith and Karl Marx to globalisation and our current debacle. While by no means providing a comprehensive account, Ingham deftly manoeuvres between the giants of western economic thought to provide a compelling synopsis of where we are and from where we’ve come.

Originally published in 2008, Capitalism has been reprinted to include a new postscript on the financial crisis and its aftermath. Although many would have found utility in the book’s digestible and relatively brief overview of its subject, this additional section serves to complete and update what would have otherwise felt mildly antiquated. The book bring the reader up to speed on the latest evolutions of our rapidly transforming financial markets and provides the most informative interpretation of the current crisis I have yet encountered.

Throughout the account, it is repeatedly apparent that the author is working to balance his inner-sociologist and inner-economist. From time to time this interplay works to form loggerheads that convolute what would otherwise be a smoothly flowing and seemingly impartial narrative. However, this interplay also works to inspire some of the book’s brightest moments when the author is able to attack societal components of capitalism with academic rigor and economic fluency. While these interactions provide the crux of the book’s theoretical underpinnings, there is no shortage of hard data, especially in the later chapters on our current financial structure.

Now given the renewed focus on the future of the relationship between private enterprise and the state, it is reasonable to ask: what lessons or suggestions does the book offer toward reform or alternative modes of operation? To the undecided or indifferent reader, the author rarely intercedes with outright condemnations or endorsements, although from time to time he does espouse the virtues or vices of certain innovations. In this regard, Ingham is especially critical of financial risk modelling and the hubristic manner in which it has been implemented. But not to lay all of the blame with the financiers, Ingham quotes former-Federal Reserve Chairman William Martin to illustrate the failure of the regulators as well: “the function of the federal reserve is to take away the punch bowl just as the party is getting good.” A function the author makes clear was not being performed.

As the reader moves beyond earlier chapters, which focus on the development of economic thought and initial structural transformations, beginning in Chapter 7 an almost abrupt change in tone is felt. This section on contemporary financial markets not only illuminates the business practices that led us to the current crisis, but illustrates an abrupt shift in power from industry to finance. Ingham describes the new convoluted face of finance when he writes, “even participants struggle to comprehend the astonishing proliferation of specialized markets by which money is mutated”. The author argues it is this complexity, not any unusual form of greed or malice, which has led financiers to grossly misinterpret the rules of a game they created.

So for all of our fellow citizens in the Occupy movement or those hell-bent on their own path of creative destruction, is this a read you can stomach? While far from a beach read, the author paints an elegant picture that will surely leave the reader with a renewed sense that the system needs reforming. For the reader with an already extensive knowledge of economic history, the last few chapters have the potential to sharpen insight.

While not leaving me with the desire to pitch a tent in lower Manhattan or at St. Pauls, the author has surely left me with a reinvigorated sense of the system that dictates much of our lives. The author leaves little doubt that there are ample targets for blame and animosity, yet the transgressions seem to extend in so many directions to leave one more frustrated than angry. It is through a sharper eye that a tumultuous period for our economies will be monitored.

Book Review: Economics After The Crisis: Objectives and Means 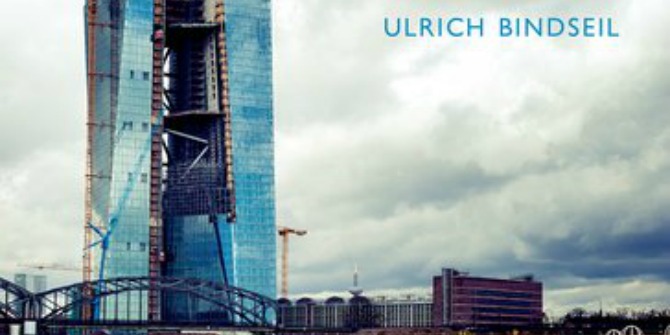