In the second edition of Contentious Politics, Charles Tilly and Sidney Tarrow explore various forms of political contention through a number of case studies including those on the Occupy movement, revolutions in the Middle East and the campaign for free and fair elections in Hong Kong. Sophie Long praises this volume for the utility of its conceptual framework, which underscores the crucial role that capacity and democracy play in the development and consequences of contentious politics.

What do the Arab Spring and the Tea Party have in common? What sounds like a potentially risky joke is in fact the subject of a newly-revised collaboration between two leading scholars working in the fields of social movements and state power. The second edition of Contentious Politics presents an update of the 2007 text to include, amongst others, case studies of the Occupy movement, the crises and revolutions of the Middle East and the campaign for free and fair elections in the former British colony of Hong Kong.

Aimed broadly at students and scholars of the social sciences, Contentious Politics is a trans-disciplinary taxonomy of challenges to power across both time and space. Beginning in the late-eighteenth century with Thomas Clarkson, the ‘world’s first social movement organiser’ (3), and culminating with the ongoing Euro-Russian dispute in the Ukraine, the revised text effectively maps empirical data relating to collective claims-making onto the authors’ conceptual framework for analysing various forms of contention.

Firstly, what do Charles Tilly and Sidney Tarrow mean by contention? Helpfully for those wishing to undertake a wide range of comparisons, they define contention as ‘making claims that bear on someone else’s interests’ (7). At the personal or everyday level, we experience moments of contention when we debate which film to watch, or where to eat dinner. Our goals and interests are pitted against those of another, and if we place our own interests above theirs, we will use a range of methods to ensure we are triumphant.

Taking the personal to the level of the political (with respect to Carol Hanisch), contentious politics is outlined as being those ‘interactions in which actors make claims bearing on other actors’ interests, leading to coordinated efforts on behalf of shared interests or programs’ (7). Further, contentious politics is the interaction and intersection between the familiar social processes of contention, collective action and politics (7).

If everyday disputes over competing interests have a political dimension, then what makes contention formally political? Tilly and Tarrow argue that it is when contention impacts upon either the agents of government, or has some bearing on a government’s interests (8). Governments can shape the modes through which contentions can be expressed, via legislation and norm-entrepreneurship. They can also manage contention by responding to claims rather than repressing or ignoring them, which can, as in the case of some South American states (174), escalate matters.

This can be observed during relatively banal protests in the streets of most Western democratic states. When a group of citizens collectivise to make claims upon another actor – be that the government, a religious body or another group of citizens, as in the case of the women’s choice and ‘pro-life’ lobbies – the state will often be responsible for regulating the right to protest, and for policing the protest. 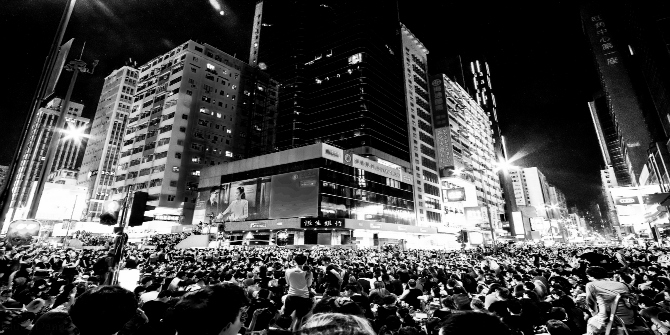 Our interest in contentions may be confined to the local, such as the 2011 riots which revealed the levels of disaffection amongst young people in the major cities of the UK. It may, however, extend to a more cosmopolitan sense of solidarity with all peoples across the globe who are struggling for basic rights: the right to vote (as is discussed in the Hong Kong case in Chapter 4, ‘Contention in Hybrid Regimes’); freedom from religious discrimination (examined through a Northern Irish lens in the same chapter); or the right to participate in the institution of marriage (the focus of part of Chapter 10, ‘Contention Today and Tomorrow’).

Regardless of the specific cases which we are studying, or indeed, are interested in, the most valuable aspect of this work is the conceptual framework it provides, from which any empirical case of contentious politics can be assessed. Why do some social movements achieve their goals, and then seemingly dissipate? Why do others become the institutions which they railed against? And why can contention be managed non-violently in some states, when it results in needless deaths in others?

The authors explicitly place the political opportunity structure of a given regime at the centre of any thoughtful analysis or political predictions which social scientists wish to make. The concept of political opportunity structures is not a new one, having been initially coined by Tilly in From Mobilization to Revolution (1978, 55). It has, however, been developed and tested against many diverse case studies within this work, remaining a salient barometer for the effectiveness of social movements.

It is this structure, determined by the number of independent sites of power within the regime, along with the regime’s openness to new actors, the stability of existing political alignments, potential allies or challengers and the regime’s repression or facilitation of collective claim-makers, that is the most significant factor in informing us how successful contentious acts may be.

Secondly, the regimes within which claims are made, refuted and negotiated are granted the considerable weight of both scholars’ attention. Regime types, dealt with in Part Two of the book, ‘Regimes, Repertoires and Opportunities’, use the axes of capacity and democracy to categorise regime types. Capacity refers to the government’s ability to regulate the lives, actions and resources available to the population within its territory. Democracy is used to delineate the rights and protections which the citizenry enjoy in the face of elite power.

The primary lesson which any reader should take from this book is the following. When capacity and democracy intersect, they produce specific outcomes. For example, high-capacity democratic regimes, such as those of Australia, Japan and Norway, are a modern and unusual phenomena, where social movements are most prevalent, given the favourable conditions for their enacting. Spanning human history, the majority of regimes, the authors assert, are low-capacity undemocratic, within which contentions tend to result in civil wars.

In our quest for a non-violent world, where dissent can be aired and a form of agonistic democracy nourished, we therefore must work to build both the capacity and the democracy of states emerging from, or descending into, conflict.

Sophie Long is a second-year doctoral candidate in the School of Politics, International Studies and Philosophy at Queen’s University Belfast. She researches Ulster Loyalism, using a participatory action research methodology. Her research interests include class, non-violent strategies and group rights.

The above first appeared on the LSE Review of Books 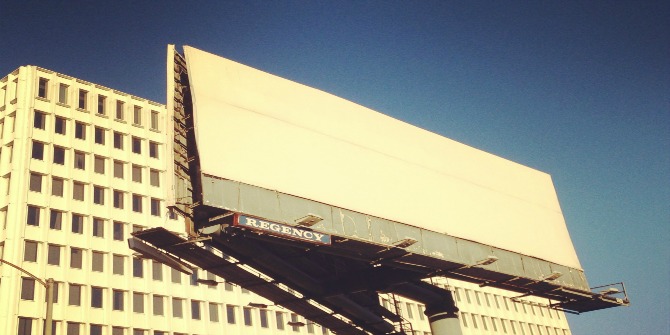