Throughout the expenses scandal, the lobbying scandal and other storms which have buffeted Parliament, many regard Tony Wright as one MP who provided a measured, sane and sensible reaction to events. His recent book considers the wider implications of the various political ructions and the public reaction to them. Dave O’Brien is impressed with the publication, but is also hopeful that Wright might be tempted to publish a more extensive memoir soon.

It is probably worth declaring a bit of an interest at the beginning of this review. I was already sympathetic to Tony Wright’s book Doing Politics before I started reading it, for two reasons. In the first instance there was a certain professional camaraderie, as Wright was an academic before becoming an MP and the book is suffused with the well-informed reflections one might expect from a now Visiting Professor at UCL. The second reason is based on Wright’s political career. An MP for 18 years, Wright championed discussion of the British government in his role as chair of the Public Administration Select Committee (PASC) for over 10 years. His involvement with PASC, along with his public presence in debates over the UK’s constitutional settlement, make him a familiar figure to scholars of public management and public administration, both in the UK and more widely.

The contents of the book were a match for my expectations, albeit not without some minor reservations. The book is in two parts, including a brief memoir followed by a collection of Wright’s articles and papers from a variety of media and academic publications, alongside selected speeches, including the text of a particularly excellent lecture from the University of Liverpool’s annual Eleanor Rathbone series. My reservations about the book take the form of a plea for a follow up text and a more substantive issue centred on his discussions of the changes within mainstream British political life.

Wright’s story is one of being immersed in politics from an early age, with personal recollections steeped in a labour aristocracy and the associated networks of the Labour party, the mobilising effects of elite university education (LSE & Harvard) and a profound commitment to the ‘Westminster’ model of political participation through the party system. Wright’s personal reflections are juxtaposed with his discussions of the transformation, but also decline, of mass participatory politics in the UK. This juxtaposition gives a very readable basis to his diagnosis of the pressing problems facing British politics. However, the personal reflections might have been more robustly connected to the essays presented in the books second section.

In the second section Wright shines as a consistent identifier of the limits and benefits of the Westminster system. The collected pieces show a nuanced take on the problems facing that system since the decline of the post-war consensus, from Wright’s position as a Labour MP advocating constitutional reform. The papers illustrate Westminster’s problems in a variety of ways, including, amongst others, a critique of the equation of citizen with consumer under the Blair government, calls for reform of MPs expenses (long before the scandal) in the age of audits and transparency, and the failure of a progressive consensus following the 1997 general election.

The contradictions of British government in modernity is perhaps the theme that best links the two parts of the book. Wright is open about the tribalism at the heart of his political upbringing and the associated political institutions, formal and informal, which flow from that.  This same tribalism, on both sides of the political spectrum within British politics, is what limits the rational and reasonable discussions for reform contained in several of the collected pieces. It is to Wright’s credit that the book recognises this tension, even though it does not offer a solution to this specific issue that is outside of Wright’s passionate affirmation of the importance of politics.

This tension notwithstanding, as an interested reader, rather than an academic, I’m hopeful that Wright might be tempted to publish a more extensive memoir. The opening section hints at what could be a wonderful political book, with its amusing and insightful asides. One in particular, where former Prime Minister Tony Blair asks ‘what is Socialism, exactly?’ and requests a couple of good quotes for a speech, suggests Wright has a goldmine of both insightful and amusing stories to tell about his time in politics. Doing Politics should be celebrated for moments like this, although his next book may contain more diverting tales. What really makes Doing Politics such essential reading is that it strikes the balance between personal anecdote and an important analysis of the future of the British political system, precisely when this discussion is most needed.

“events of recent years have ensured that the financial class, political class and journalistic class have all suffered severe reputational damage. This encourages a further flight from the civic, a loss of faith in institutions and a retreat into a personal world over which it is still possible to feel some sort of trust and control. All this is compounded by a sense that the forces which are reshaping the world are beyond political control- on issues like climate change, for example, politics has proved unequal to the challenge. It is going to be a long way back (or forward), but it is only through politics that this will ever be possible, so we had better start discussing how to do it.” (p. 280)

During a time of an almost existential crisis for our political institutions that make up British democracy Wright’s bold, but not demagogic, rallying cry has never been more essential. 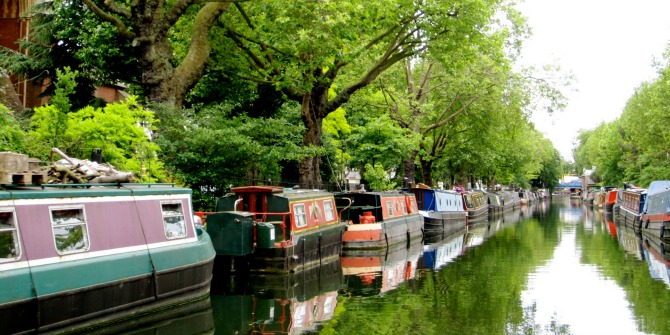