Carl Packman believes this new title will prove most important as the campaign for an independent Scotland accelerates.

After the “historic” victory in Scotland for the Scottish National Party (SNP), it was inevitable that the question of Scottish nationalism would re-emerge. Little attention has so far been given to analysing attitudes of nationalist sentiment, making Political Discourse and National Identity in Scotland both timely and necessary, addressing both “elite” and “non-elite” perceptions.

In the former, the political elite are asked to address how Scottish and/or British they feel, as well as brief appeals to myth and artistic representations, to give a feel for how cultural and political institutions transmit nationhood and nationalism. What is unique about the text is how much time it gives to non-elite perceptions: the detailed data analyses of mass surveys including the 2003 Social Attitude Survey, voting trends and even online forum discussions.

The authors begin by looking at what defines nationalism and how this feeds into Scotland historically. When one is asked to think about what makes Scotland stand out as a cultural space in itself, separate from the union, many images are sure to resonate: the legacy of the Kailyard – the school of Scottish fiction developed in the 1890s; myths such as Scotch Mist; and the noble savage or the “lad o’ pairts”. But according to Michael Keating in his 2001 book Nations Against the State, “Scottish Nationalism is one of the least romantic”. If the appeals to nationalism made by the institutional elite are to be believed, then Scottish nationalism is a civic, as opposed to non-civic, nationalism, defined less as a set of exclusive personal criteria (say of ethnicity or language), rather steeped in tolerance and pluralism.

Certainly this has played out in readings of political manifestos, which the authors do in some detail. The instinct that mainstream parties lean more to the left in Scotland than in Britain is confirmed. For most of the last 40 years, as is described in the book, on only five occasions can British manifestos be said to lean leftwards of Scotland. Perhaps peculiarly, the SNP dedicated a fifth of their manifesto in the 1960s to statements on independence, but to largely no positive effect. However, throughout the 70s they moderated their message, halved their appeals to independence, and received their highest share of the vote in 1974. Ever since, the party has dedicated only around a tenth of its message to independence, especially in 1997 when the Labour party successfully campaigned for devolution measures. Even in the 2011 Holyrood elections, while the SNP picked up a majority of the 129 possible seats on an avowedly pro-independence referendum ticket, support for an independent Scotland peaked at 30%.

The problem the authors found in their research is that on questions of civic nationalism and inclusivity there is divergence between elite voice and mass voice. Many non-elites feel a need for Scottishness, which is not directly translated into a vote for the SNP – and although the 2003 Social Attitude Survey shows a clear rejection of a link between the criteria for Scottishness and being white, data does show that with individuals there are further boundaries of exclusivity than with mainstream political parties. However, when we move on to online forums, where participants can enjoy more anonymity, the use of spiteful language and derogatory attitudes – particularly towards the English – endure.

The book is very data heavy, and purposefully provides no opinion on what should be the future direction for Scottish nationalism or unity within or without Britain – which is a strength of the book. There are two main weaknesses, however. First of all, seeing as the main conclusion of the book is to show an incompatibility between elite and mass perceptions of Scottish identity, the weight of the research is hardly comparable. While interviews with the political elite range from 2003 until 2009, mass attitudes were taken from 2003 alone. It ought to be a requisite for a book of this importance to at least provide its own sample to compare with elite perceptions. Further, and as the authors admitted themselves, some of the questions asked on the 2003 survey were not strong, particularly with regards to different perceptions of Scottishness and the criteria for a Scottish passport.

All excepting this, the volume is a snapshot of Scottish identity, and provides fine context for assessing the Scottish political set up today. Leith and Soule’s work, given how solitary it is on the market, will prove most important in the next few years when it is assumed the campaign for an independent Scotland will accelerate.

Carl Packman is a health researcher, writer and blogger. You can read more about Carl on our reviewers page. 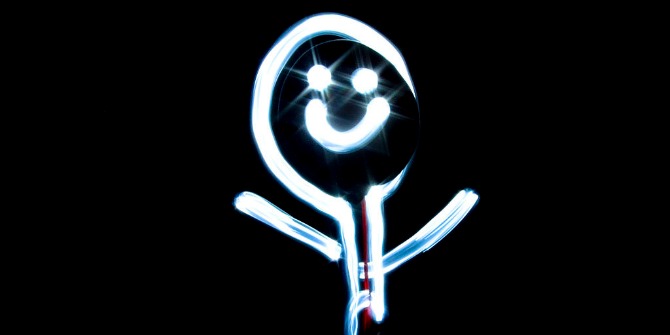