A highly readable and enjoyable presentation of eight years of field research in developing countries which covers issues around representation and the lack of aid evaluation, reviewed by Arnaud Vaganay. 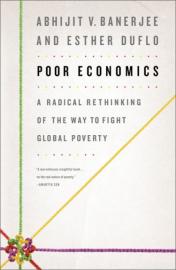 When asked about their view on how to alleviate global poverty, economists usually fall into one of two camps. According to some of them, foreign aid is essential to get people out of their ‘poverty trap’: it can kick-start a virtuous cycle by helping poor countries invest in critical areas and make them more productive. In his best seller, The End of Poverty, Jeffrey Sachs (Columbia University) posits that if the rich world had committed $195 billion in foreign aid per year between 2005 and 2025, poverty could have been entirely eliminated by the end of this period. This is an argument that resonates in UK politics; indeed the Department for International Development’s overall £7.8bn budget is one of the very few that has been unaffected by the government’s deficit-cutting measures.

But there are others, equally vocal, who believe that this is wrong. William Easterly (New York University) and Dambisa Moyo (World Bank) argue that aid is pretty much as effective as a plaster on a broken leg: it might give the injured person the comforting feeling that someone is taking care of him, however it’s not going to make him walk again. Worse, aid would prevent people from searching for their own solutions, while corrupting and undermining local institutions and creating a self-perpetuating lobby of aid agencies. Their best bet for poor countries is thus to rely on one simple idea: when markets are free and the incentives are right, people can find ways to solve their problems.

To those who do not have so strong opinions on the matter but none the less care about building a world free from poverty, I recommend Poor Economics. Co-authored by MIT economists Abhijit Banerjee and Esther Duflo (winner of the 2010 Clark Medal for the best economist under 40), the book is a highly readable and enjoyable presentation of eight years of field research in villages of India, Morocco, Kenya, Indonesia and other developing countries. Poor Economics stands out in the literature on development economics in that it stays away from the ‘big questions’ to investigate the incredibly multi-faceted and complex lives of the poor, and imagines the policies that could have a real impact.

Drawing on a very rich body of evidence, including hundreds of randomised controlled trials (RCTs) pioneered at the Abdul Latif Jameel Poverty Action Lab (J-PAL), Banerjee and Duflo explain us why the poor need to borrow in order to save, why their children go to school but often don’t learn, why they miss out on free life-saving immunisations but pay for drugs that they do not need and why they start many businesses but do not grow any of them.

Are these ideas really new ideas? Development practitioners could argue that economists are discovering now what they have known themselves for some years. In this respect, the subtitle of the book – A Radical Rethinking of the Way to Fight Global Poverty – sounds a bit presumptuous. Moreover, it does not really do justice to the very humble and meticulous approach of its authors, which is clearly a big plus of this essay.

This said, Poor Economics’ achievement is less in showcasing turn-key policies that would put an end to poverty than in drawing our attention on two disgraceful issues that beset development aid. The first is that the effectiveness of aid is often not evaluated at all. Even when aid is evaluated, the methods are often biased, such as before-and-after analyses that don’t take into account factors that have nothing to do with the aid itself. Development aid is doomed to failure as long as it is not based on solid, credible evidence.

The second issue is that we do not pay enough attention to what the poor say and do. Kenyan farmers know that if they use fertilizers their crop yields will be larger and more than cover the cost of the fertilizer, and yet they don’t use fertilizer. Experiments show that simple steps – such as offering coupons right after the harvest season as opposed to shortly before the planting season – often make a difference in the life of the poor. Accepting the short-term irrationality that is part of human nature rather than fighting it (or ignoring it) is one of the many underlying policy messages of Poor Economics.

In short, if there is one thing for which Banerjee and Duflo deserve their overwhelmingly positive reviews, it is for bringing the people back in the design of development aid initiative. Their message is that, even if it takes time, careful thinking and persistence, the battle against poverty can be won.

Arnaud Vaganay is an independent policy research and evaluation consultant. He is a PhD student at the Methodology Institute at the LSE.