Damian McBride is perhaps most famous for the email smears of Gordon Brown’s political opponents which cost him his job at Number 10 during the last Labour Government. According to Sean Kippin, this is a candid and well-written addition to the canon of New Labour memoirs which sheds a bright light on the inner workings of Gordon Brown’s Treasury and 10 Downing Street. 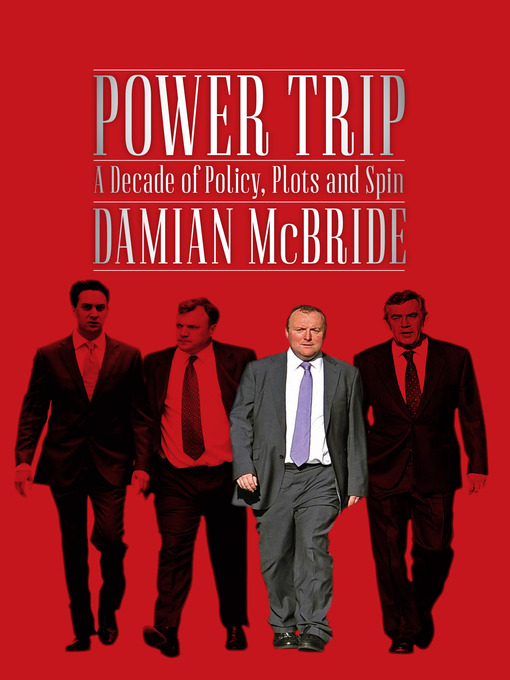 Most political memoirs, generally written by retired Ministers who have their reputations and establishment status to uphold, are of relatively little interest. This is different; a repentant Damian McBride has no reputation to lose, and as such, his unsparing glimpse at the inner workings of the court of Gordon Brown deserves attention. The current Leader of the Labour Party, Ed Miliband, and his Shadow Chancellor, Ed Balls, feature prominently in their roles as Brown’s key advisers.

McBride resigned as Gordon Brown’s primary press adviser in spring 2009, when it had emerged that he had planned an online smear campaign against leading Conservative figures (and their families). This memoir, trailed as an inside account of Gordon Brown’s Treasury and 10 Downing Street operation, actually casts its net far wider, and paints a compelling picture of a flawed and corruptible man succumbing to the pressures of a political system he sees as characterised by ‘vanity, duplicity, greed, hypocrisy and cruelty’.

He begins by recounting his university days and his time as a junior civil servant in HMRC and the Treasury. His time at the outset of his career makes surprisingly compelling reading, with lucid explanations of the intricacies of the VAT and duty systems. It is when he is working on gambling duty that he first comes to the Chancellor, Gordon Brown’s attention, who comes to rely on him as somebody who instinctively knows, and can attend to, his political needs.

But it is when McBride has risen to the heights of Treasury Head of Communications, and latterly Brown’s Press Secretary, that he comes into his own, betraying an preternatural ability to juggle the competing demands of the lobby – the political editors and correspondents of the national newspapers, who demand access and exclusive stories, and his political master – who expects good news coverage.

Inevitably, the author comes to play a prominent role in the ultimately successful effort to oust Tony Blair and replace him with Brown, going so far as to manufacture an argument – played out entirely in the press – between the then-Home Secretary Charles Clarke, and the Government’s head of anti-social behaviour Louise Casey. This is just one example of the skulduggery to which McBride confesses. As well as the mechanics of a press ‘hit’, the author goes into great depth about the difficulties of keeping the ‘press pack’ happy (“If you didn’t feed them properly you’d soon find your minister on the menu”).

His chosen method of influence was the granting of exclusive stories to particular journalists in tacit exchange for favourable coverage, including through the rewriting of confidential documents which were dripped to the press, with a number of these stories reflecting badly on Ministers and figures within the Labour Government. Is this approach which allows Brown to achieve positive coverage in corners of the press where Labour politicians would generally not tread, and persuades him – we are told – not to ask questions about how it is achieved.

As well as informing us about internecine political warfare, the anatomy of a smear, and the author’s voracious appetite for white wine and lager, the reader is also privilege to the fascinating process of how a Brown Budget was developed. Particularly, McBride describes the ‘scorecard’ process, which would see each Budget submission poured over and scrutinised for every angle. It is suggested that the failure to retain this process by subsequent Chancellors led, eventually, to the unravelling of George Osborne’s ‘omnishambles’ budget in which a number of previously rejected submissions made their way into the final document.

For the more policy-minded reader, the section on the financial crisis may also be a useful resource. He tackles head on the criticism of Brown as Chancellor that he should have somehow seen it coming, and states unequivocally that there warnings of the possibility of a collapse were few and far between, or got lost on their way to the Chancellors desk.

Spin doctors are often seen as a bolt-on to our political system, there simply to communicate the decisions that have been made by politicians and civil servants. But the section in which the Prime Minister explains to McBride the potential implications of a banking collapse (rioting, looting, and the army on the streets) if ‘the message’ was delivered incorrectly exposes how important they have become.

There are other interesting morsels. For example, the extent to which an identifiably centre-left, ‘Brownite’, programme of Government after 2007 was derailed by the financial crisis and the ‘election that never was’ is, as far as I am aware, a new revelation. The deliberations behind the 2007 not to go to for an early election are also fascinating, with Brown’s inner circle’s conclusion that a reduction in the size of Labour’s parliamentary majority would force a Prime Ministerial resignation eventually putting paid to the idea.

McBride also offers an interesting part-explanation of Brown’s rapid descent from ‘Father of the Nation’ to pariah, suggesting that the sudden loss the Treasury, and the relationships with individuals within it, left Brown without the institutional support that he had become accustomed to, leading to a distrustful Prime Minister micromanaging civil servants from above and losing sight of the big picture.

Despite his obvious failings, the account given of Brown is broadly positive. Though tempestuous and unfailingly demanding, he is portrayed as brilliant, high minded and preoccupied above all with helping the poor. He is also seen as a skilful and decisive leader during the financial crisis, cajoling international leaders to follow his blueprint for preventing disaster. Likewise, those around him come out well, too. Ed Balls is portrayed as serious, brilliant, and far nicer than his public image would suggest. While Ed Miliband is shown as similarly bright, but with a ruthless streak that belies his gawky public image.

In Power Trip we have an intimate portrayal of a man with problems, seemingly coming clean and owning up to all that he did which he thought was wrong. Sceptics will question why the tone shifts from confessional to self-justificatory, but my overwhelming impression is of a man who allowed himself to be gradually overrun by the darker angels of his nature seeking to simply tell his side of the story.

Ultimately, this is an indispensable account of the pressures of Government as told from the inside. It tells us a lot about how our system functions, and demystifies the mutually beneficial relationship between the press and the Government. It also sheds light on the surprisingly interesting bureaucratic processes that underpin key elements of our tax and economic policies, and how these in turn interact with the battles that rage within and between political parties. Most significantly, it gives us an honest account of the decision making process at the heart of Government during a time of acute crisis, and for that it adds greatly to our understanding of that turbulent period in recent history.