Providing a Sure Start tells the story of one of the flagship programmes of New Labour: how it was set up, the numerous changes it went through, and how it has changed the landscape of services for all young children in England. Mog Ball reviews Naomi Eisenstadt’s insider’s account, but finds it to be too light on analysis and writes that readers with knowledge of policy-making will be able to note key weaknesses in Sure Start which are not mentioned in the book. 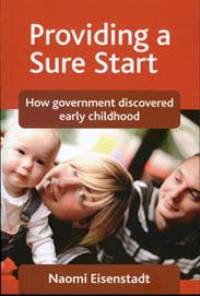 Sure Start could have been to New Labour what the Open University was for Harold Wilson’s Labour Governments of the sixties: a lasting legacy, generally agreed to be a triumph. This book is an account of the design, implementation and development of the programme from its beginnings through its re-working into the Children’s Centres which are now available to every pre-school child in the country.

Naomi Eisenstadt was the director of the programme during this period and gives a detailed insight into government policy-making and practice: “Developing a new programme with generous funding is enormous fun,” she says.  And early childhood was an area which the Treasury civil servant who wrote the Sure Start blueprint called “policy free”. The resulting description conjures up images of Sendak’s “In the Night Kitchen”: a great big mixing bowl into which anyone could throw appetising ingredients and to which nearly every government department could give a little stir.

Well before 1997 it was clear that small children in the UK were doing badly. OECD league tables showed the proportion in poverty lurking way behind the entire developed world except for theUS. The poverty measures included indicators such as health and educational achievement and were not limited to money. Scandinavian countries were in the stratosphere of course, but even Spain and Italy, with about the same percentage of young families in income poverty, were doing far better than us on measures of child well-being and achievement. Tackling the situation proffered the possibility long-term economic benefits; hence the Treasury’s venture into programme design in an area in which it had no experience.

The multiple intentions of Sure Start – to improve prospects for young children, parents, families, communities, bringing together a range of services from public, voluntary and private providers – made it an extremely complex programme to deliver. To make it more so a new delivery mechanism was invented. Local authorities were to be sidelined, contributing to partnerships which included health and education, voluntary organisations and parents from the local areas.

Partnerships designed the local programme and oversaw its delivery using generous amounts of revenue funding. They also implemented capital spending on Sure Start buildings and equipment, a task for which many had no preparation and little experience. Most partnerships ended up relying on local authority infrastructure to get their programmes underway. It took much longer to establish Sure Start than had been anticipated. The fun began to wear a little thin.

A substantial section of this account is taken-up with the need to show that Sure Start was delivering ‘outcomes’ for children. Policy-makers were convinced that the commissioned evaluation would demonstrate that it was and appears to have had a limited understanding of what qualitative and quantitative social research could deliver. When the first results were equivocal, early enthusiasm for the programme began to dissipate. There are alarming examples of ministers interfering in the programme’s direction because of personal experiences: a leaflet through the Adonis  front door, a Cooper/Ball encounter with a health visitor – these were enough to trigger changes in direction.

Naomi describes a huge amount of tinkering with the programme, from different departments, new ministers (they changed all the time), public servants and journalists. At this early stage there was really nothing to evaluate.  Yet there were headlines in the papers and changes in programme targets and design were introduced. In later years, as the evaluation did begin to detect some changes in children and families which could be linked to the programme, nobody was interested and the press hardly mentioned them.

The book is an insider’s account, strong on the narrative, less good on the implications. It names all the names which can be a little indigestible. It is lighter on analysis and the careful reader with some knowledge of policy-making will be able to note key weaknesses in Sure Start which are not mentioned here. The programme has lacked a committed champion in government, passionate about children in the early years and tenacious in their support; there was no attempt to build a consensus in the country for the importance of early intervention; the habit of public support for young children has not been established in the UK; why was did the design owe so much to US early intervention models and so little to European examples?  The sub-title of the book is ‘How government discovered early childhood’.  One is tempted to add, ‘screwed it up and moved on’.

Mog Ball is a researcher at the Institute for the Study of Children, Families and Social Issues at Birkbeck, University of London. She is a member of the National Evaluation of Sure Start Implementation Team and contributed to the Getting Sure Start Started report.

Posted In: British and Irish Politics and Policy | Education 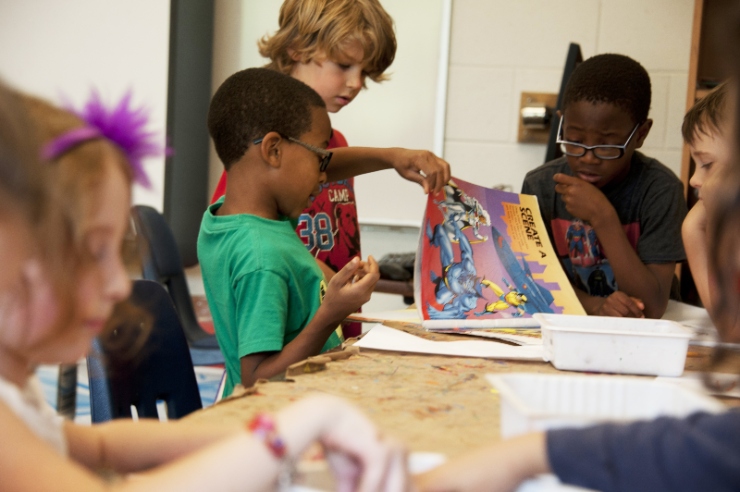