Steve Coulter feels nostalgic after reviewing Dominic Sandbrook’s recent political and cultural history of Britain. However, there is little original research on these areas, in spite of the fact that vast amounts of official files on the early 1970s have recently become available, and they function mostly as useful overviews. 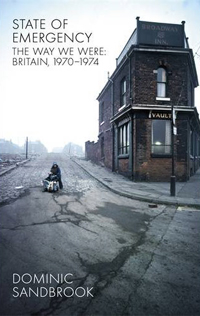 As Britain again endures the misery of strikes, stagflation, racial tension and an unwinnable, morale-sapping war, the country can, at least, console itself that in terms of fashion, interior décor and popular culture things are still infinitely better than during that comparable period of decay – the 1970s. Interest in the gaudy, schizophrenic decade is currently experiencing one of its periodic revivals, and Dominic Sandbrook’s enormous tome is merely the latest in a series of books analysing its masochistic appeal.

While a serious historical study, concentrating on the first four years of the decade, State of Emergency roams widely. It is as much about popular culture and social change as economics and politics. Indeed, while providing a more than competent survey of the jaw-dropping range of economic and political calamities which befell Edward Heath’s 1970-1974 Conservative government, it is perhaps on the subjects of literature, football, film, sex, television and gender and racial equality that the book really comes alive.

To say that Sandbrook’s research and range of sources on these matters is capacious is to make the kind of understatement that was conspicuous by its absence in the era of 25% inflation, the Black and White Minstrel Show and enormous kipper ties. The early 1970s embodied myriad contradictions, which are brought out on virtually every page. Despite the political and industrial mayhem it was a time of great creativity and innovation and many of the social and political freedoms achieved in the 1960s became entrenched. Although the economy stuttered, millions saw their living standards improve. Despite the decline of class deference, the Queen was consistently voted the country’s most admired person. It was the era when racism and far right activity reached their peak, even as millions of Commonwealth immigrants settled blamelessly into British suburbia.

Sandbrook enjoys himself far too much to rise above the temptation to judgment, much of it from a small-c conservative perspective. He is scathing on the idiocies of far left sociologists and trendy, anti-family psychologists. Mary Whitehouse, the shrill but persistent anti-pornography campaigner, receives a sympathetic appraisal. And Heath himself, while devoid of charm or imagination, is given due credit for his persistence over Europe and Northern Ireland.

Is this really history? The contradictions and excesses of early 1970s Britain are brought so vividly to life, in all their tasteless glory, that it seems churlish to care. A 650-page book on an unfashionable epoch of a declining country, it is almost impossible to put down. Nevertheless, the book’s greatest appeal will likely be to 40- and 50-something British readers who spent their formative years hiding behind the sofa from ‘Doctor Who’ and bouncing around on space hoppers. Many of the popular culture references, as well as the author’s weak jokes, will be lost on overseas and younger readers.

The more conventional chapters – on Heath’s hapless government, Ulster’s descent into chaos and Britain’s industrial decline – are well put together and thoughtful. The sense of crisis and impending doom in the final chapters, as events spiralled out of Heath’s control, is vividly conveyed. However, there is little original research on these areas, in spite of the fact that vast amounts of official files on the early 1970s have recently become available, and they function mostly as useful overviews.

For those who can bear to have long-buried memories of assorted cultural and aesthetic horrors disinterred, this is a fine and indispensable book. For those who can’t, perhaps the only consolation is that the decade which followed was even worse. 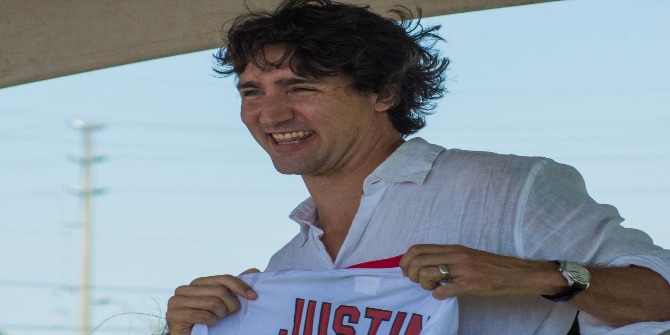 Book Review: The Cameron Clegg Government: Coalition Politics in an Age of Austerity