The Coming Prosperity shows how benefits from four centuries of technological and organisational change are now reaching a previously excluded global majority. This transformation will create large-scale opportunities in richer countries like the United States just as it has in poorer countries now in the ascent. Maria Carvalho is impressed by the book’s ability to convey the inherent value of entrepreneurial activity.

When first glancing at the sunny cover of Philip E. Auerswald’s latest book The Coming Prosperity: How Entrepreneurs are transforming the Global Economy, it is tempting to think this is a tome of naïve optimism. Had Auerswald not realised the dire and complex state of global problems – ranging from a multitude sluggish economies, climate change, and terrorism – could never be solved by fringe societal actors such as entrepreneurs? Much to my surprise, Auerswald’s book presented a series of compelling arguments, forcing the reader to re-examine some key trends of how entrepreneurs have driven, and will continue to drive, prosperous changes in the world.

Auerswald draws a vast amount of analytical evidence from his experience as the co-founder and co-editor of the journal Innovations, and as an Associate Professor at George Mason University’s School of Public Policy and a senior fellow at the Kauffman Foundation. The first half of the book focuses on how “threat” narratives of global issues have skewed our perspectives which blinds us to the significant changes in our lifetimes. The second half focuses on how entrepreneurship has driven global prosperity in modern history, and its prospects for the 21st century.

Auerswald does not downplay rising global population pressures and how industrialisation has led to massive resource crises and climate change. Nor does he ignore the fact that crises are an inevitable consequence of changes in environment and wholly unforeseen events. But instead of societies’ giving into the temptation of moving into socio-economic paralysis, Auerswald provides systematic arguments on how crises are also times for the opportunity of change – and entrepreneurs tend to be the actors who capitalise on providing the revolutionising solutions.

Drawing from a wide-range of disciplines, Auerswald demonstrates how cyclical periods of instability have provided the space and opportunity for entrepreneurs to provide ‘out-of-the-box’ solutions that creates paradigmatic societal shifts. The famed economist Joseph Schumpeter termed this as ‘creative destruction’, whilst evolutionary biologist Stuart Kauffman calls it ‘the edge of destruction’. Whichever term you prefer, Auerswald’s synthesis of these studies argues that the long-term survival of systems is dependent on achieving a fine balance of order and adaptability.

The underlying niggling question one wants to aim at Auerswald’s are: How significant can entrepreneurship really be in creating changes – let alone prosperous transformations – in the world? After all, how can entrepreneurs create changes when so many institutions are ‘locked-in’ into socio-economic-techno systems? And should some of the credit for prosperous changes be given to macro, top-down factors: such as national policies, governance, even infrastructures?

Auerswald anticipates such arguments by first showing that the current state of crises are due to these institutional ‘lock-ins’  – thus showing the weakness of these systems. Going back to his argument of order and adaptability, it is when societies stifle the ability of systems to adapt to unknown changes by maintaining order that societies’ go into stasis. Therefore macro factors are important in providing the flexibility and space for entrepreneurial activity to flourish, rather than ‘maintaining order’ by propping up beleaguered systems that cannot cope with current challenges.

Thus the second part of his book looks at how the current crises of the 21st century are due to the need for systems transformations that require such ingenious reinvention by entrepreneurs. The source for his optimism is how now – more than in any time in history – an increasing number of the global population is connecting, collaborating, and creating new solutions for local and global problems. Suchconnectivity amongst the world’s populations are occurring not just due to the increasing availability of telecommunication networks in both developed and developing countries, but also due to the increasing migration flows and connections amongst diasporas.

About 34% of the world’s population has access to the Internet. Though this is unequally distributed across geographies (with North America having the highest percentage of population access), the fastest growing regions for interest access are occurring in the developing world. Telecommunications and migration has certainly been an avenue for connecting diverse and even globally distributed people and places that engenders a collaborative advantage – leading to the ability to create a recombination of ideas that leads to value creation. All one has to do is to look at the growth of ‘fusion cuisine’ restaurants to appreciate this recombination of cultures, ideas and novelty.

The second half of the book is packed with compelling empirical evidence backed by analytical arguments in seeing how entrepreneurs are driving such prosperous transformations within the global economy. Everything from the significance of mobile banking in Bangladesh, or the creation of successful telecommunications network in Afghanistan, organic farms in Egypt or urban agriculture in Washington D.C demonstrate how such collaborative advantages are empowering the disenfranchised to find solutions to their own problems. Auerswald points out the increase in social entrepreneurship is due to individuals going beyond pure profit-making motivations to undertaking meaningful ventures that build influential ‘reputational’ capital.

The Coming Prosperity is an entertainingly enlightened read on the inherent value of entrepreneurial activity. Auerswald writes with a humorously incisive monologue that gives it a general accessibility, and should certainly be read by policy-makers, businesses, and would-be entrepreneurs. However it is also filled with well-referenced articles from a multitude of academic disciplines that can be useful for academics interested in entrepreneurship studies.

When reading this book, I am reminded of profoundness of Abraham Lincoln’s speech to the US Congress:

“The dogmas of the quest past are inadequate to the stormy present. The occasion is piled high with difficulty, and we must rise with the occasion. As our case is new, so we must think anew and act anew.”

Although Lincoln these words were used in light of the Emancipation Proclamation, his message is every bit as relevant for encouraging revolutionary, entrepreneurial changes to our own ‘stormy presents’. 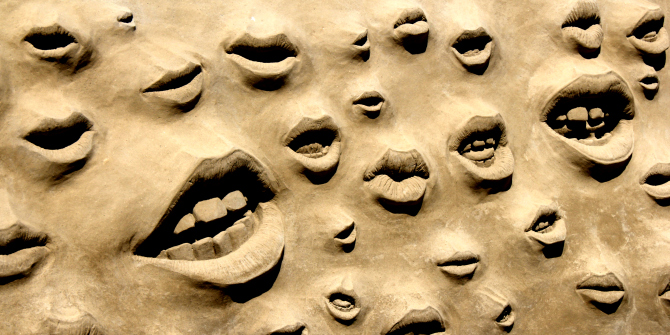