Michael Kerr’s reconstruction of Northern Ireland’s ‘lost peace process’ reads at times like a political thriller, finds Bill Kissane, but also seriously raises the bar for other young scholars on Northern Ireland with its mix of extensive primary research and entertaining anecdotes.
. 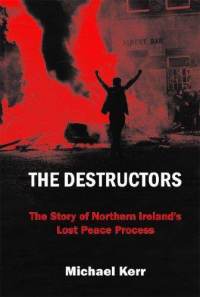 When I started this book about the Sunningdale Agreement of 1973-74, the language was very familiar. The difficult task of getting the nationalist minority to sign up to peace in a partitioned Ireland, while at the same time appeasing Unionist fears of absorption into a United Ireland, saw failure in 1974, success in 1998. Nonetheless, the language of the 1998 Belfast Agreement pervades the scores of official documents cited in this book. Key to both agreements was the concept of power-sharing. Denoting both a political practice and a normative ideal for a divided society, Michael Kerr’s reconstruction of Northern Ireland’s ‘lost peace process’ shows this concept rising and falling, leading to a temporary coalition of  interests in 1973 that was quickly shattered by the Ulster Workers’ Strike the following year. Having worked at Stormont and Westminster, and written a comparative book on external actors in peace processes, Kerr is well suited to a diplomatic history. The book comes into its own in its chapters on the Strike – at times reading like a political thriller – but its main contribution is to show the shifting diplomatic sands which allowed ‘the Destructors’ to accumulate such power.

Hence the sense is of very unsolid political foundations. The replacement of Willy Whitelaw as Secretary of State for Northern Ireland in 1973, the election of Harold Wilson as Labour Prime Minister in February 1974, and the internal divisions within an Irish coalition permanently looking over its shoulder, all contributed to this fragility. The landslide victory of anti-agreement Unionist candidates in the 1974 general election exposed their inconstancy. In a process of polarization amid possible state collapse – a coup d’etat from below took place – as the Unionist middle class accepted the dictatorship of their own proletariat, and rejected power-sharing with a hated ‘Irish dimension’: the ‘Council of Ireland’. Nationalists like John Hume thought that an early clampdown on the paramilitaries would have worked, but the state prevaricated, leading to the collapse of the settlement, and the resignation of the Unionist Premier Brian Faulkner in May. The final section covers the fall-out. Here the book covers dark new ground, with premonitions on all sides of a return to majority rule, British withdrawal, and all-out civil war.

The paramilitaries had won; the British state weakened, and power sharing dead for decades. More than twenty years of violence followed. ‘The state’ was indeed culpable, but (with the exception of Harold Wilson), elites are blamed for inconstancy not malevolence. Kerr’s focus is on these elites and a remarkable feature of the recent peace process has been this constancy in elite relationships and leadership styles. In the early 1970s however, the British and Irish states were both entering deep crises. Perhaps it was no surprise that Sunningdale was not defended at a time the post-war consensus was breaking down in the UK as a whole. In Dublin, the onset of the Troubles exposed the fragility of the 1937 constitutional settlement, whose claim to the North became a litmus  test of attitudes to traditional values in general. Sunningdale occasioned ‘crisis management’ at its worst, but Kerr argues that this was ultimately due to the different perceptions each side had of power sharing.

Well-written, based on extensive primary research, and full of entertaining quotes and anecdotes, this book establishes Michael Kerr as a historical scholar of note in contemporary British and Irish Studies. He has raised the bar, both for himself, and for other young scholars on Northern Ireland. The Destructors is aimed at two specific audiences: those who believe that peace ultimately required violence to run its course, and those within Unionism who revel in their ‘general strike’, not realizing more favourable terms were actually available in 1974. This is revisionist Unionist history, but since it also argues that Dublin’s support for Sunningdale was irredentist, its sweep is cross-border.

Nonetheless, the book is incomplete. There is no conclusion summing up the lessons to be learnt, despite stating at the outset that the past is instructive. Like many thrillers, it is organized around a rise and fall theme, but theoretical reflection is at a premium. Since this begins as a story both for Ulster Unionists and for students of peace processes generally, it needs a conclusion making clear how these stories are related to one another.

Two distinct questions are posed – was power-sharing possible in 1973, and was power-sharing possible in 1973 on terms acceptable to Ulster Unionists? The problem is that an affirmative answer on the second question is assumed to be the answer to the first.  Perhaps Sunningdale was Unionism’s ‘missed opportunity’, but the suggestion that power-sharing without an important Irish dimension could have appeased Northern Irish Catholics rests on a particular reading of their status. Here we need a discussion of what rights necessarily flowed from Unionism’s majority after the collapse of Stormont, and from the minority’s status after partition. To the inconstancy of government, lack of consensus on both these principles of power-sharing was a consequence of the way the Stormont system had worked and collapsed. That this consensus took decades to establish is testimony to the importance of ideas, not only to students of conflict, but also to governments. Michael Kerr has given us a fine example of how one idea –power sharing – can be the dramatis personae of a diplomatic history. Its’ return to the stage decades later awaits its historian.