Immigration detention centres have been subject to criticism from a number of academics, with the majority of those detained within them having committed no crime nor received any trial. Alexandra Hall conducted a year long ethnography within such a detention centre, aiming to understand the everyday working lives of those employed at the centre and the meanings their day-to-day practices held for them. Lucy Mayblin found the ensuing volume hugely impressive, both in terms of theoretical exploration and empirical exposition. 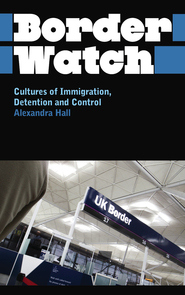 On any given day up to 2500 people are detained in immigration detention centres. Some of these people are asylum seekers, some failed asylum seekers, some visa over-stayers, and some foreign criminals who have served a prison sentence in this country. While these centres are carefully distinguished from prisons in political and policy rhetoric, they are closely related to prisons, sharing many similarities in terms of remit and practice. Yet the vast majority of detainees in these centres have not committed a crime, have not been sentenced in court, and do not know how long they will be detained for. This is a situation which a number of academics have expressed concern over and research on immigration detention has been growing in recent years. Within this context, Alexandra Hall’s study is a key publication and essential reading for scholars who research asylum.

The book is divided into seven sections: A comprehensive introduction which introduces the detention centre and the socio-political context of detention practices, as well as the theoretical grounding and methodology of the study. The five substantive chapters draw on empirical findings, weaving observations and interview extracts together with analytical and theoretical insights. Chapter 2 addresses the importance of visual practice in the detention centre. Chapter 3 focuses on social life in the centre, Chapter 4 discusses contestation and resistance within the centre, and Chapter 5 relates to the fuzzy boundary between rules and discretion within the context of institutional power relations. The penultimate chapter before a brief conclusion addresses ethics and encounter within the detention centre.

Themes of division and violence (physical, mental, cultural) dominate the book. However, in Chapter 6 Hall investigates moments in which such divisions were disrupted. The ‘ethical encounters’ detailed include a day long ‘Festival of Faiths’ to which outsiders are invited and at which detainees sing, dance and display their artworks and short stories. Yet even this effort at ethical encounter is diminished by the exclusionary practices which define the detention centre. The Festival of Faiths presents the centre as a multicultural melee of ‘cultural others’, displaying a narrative of ‘who we are’ and ‘who they are’ which ultimately conforms to the assumptions held by outside attendees. Hall writes “the benign facade of the Festival of Faiths, then, highlighted the moralised discourses at Lockston which variously recognised the men at Lockston as ‘other’, as ‘detainees’, as ‘victims’, as ‘security threats”.

Lucy Mayblin is a Postdoctoral Research Associate in the Interdisciplinary Centre of the Social Sciences (ICOSS) at the University of Sheffield. More information about her research is available on her website. 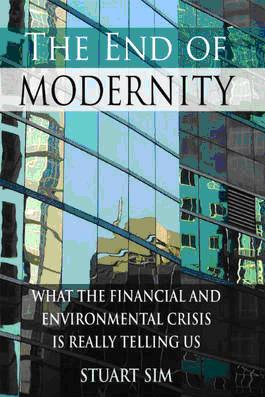