In the London-centric world of our national media, little consideration has been given to what Brexit means for UK public spending and for devolved government relations. David Heald outlines some of the long-term issues that are being neglected, and explains their importance.

What is remarkable about the public discussion on Brexit since the 2016 Referendum is that it has consistently focused on the wrong things. The ‘divorce bill’ remains politically toxic, but it is fiscally irrelevant. Paying it off as a lump sum would have put the UK net debt/GDP ratio up from 87% to 90%, the ratio having been 48% in 2008 before the global financial crisis.

The toxicity stems in part from decades of the UK complaining about making ‘huge contributions’ to Brussels, although in fact, net UK contributions are only about 1% of total public spending. My personal view is that the UK should have made a lump-sum payment, to avoid decades of entanglement with EU decisions concerning liabilities, such as EU staff pensions. Another issue is contingent liabilities, in relation to the future writing-off of loans to off-budget EU entities and third parties. A clean break would have enabled any future financial relationships, such as for research and security collaboration, to be contractually based and financially transparent. However, a lump sum was viewed as ‘politically impossible’, because the numbers would look too big. Also, the EU 27 and the UK government have had their own reasons to avoid fiscal transparency.

There is not going to be any ‘Brexit dividend’ for public spending. The macroeconomic effects of Brexit on the public finances will be much larger – for example, due to sterling depreciation and GDP growth rates being lower in the medium term than they would otherwise have been. Since both factors are hard to predict clearly in advance, this is a period of massive uncertainties. One scenario is that Brexit will galvanise the UK economy in the long term, freed from EU regulation and the European welfare state model. Another is that Brexit does long-term damage to UK economic growth and productive capacity, thereby producing an affordability crisis for public spending.

Whichever scenario applies, the UK public expenditure climate will be harsh in the short and medium term. Generating tax revenues faces multiple threats: the ‘revolt of the rich’ has territorial as well as interpersonal dimensions. There is stagnant measured productivity. Yet the economy is running close to full capacity, so higher public spending would have to be financed by higher taxation and resources must be transferred to exports.

These continuing pressures will affect the devolved block grants that are controlled by the Barnett formula. Within the present constitutional settlement, the Scottish government’s capacity to spend is determined by the 2016 Fiscal Framework. If UK government spends more in England on services comparable to those that are devolved to Holyrood, then Scotland gains via the Barnett formula consequentials. If less is spent in England in these service areas, then the formula produces negative consequentials.

Of immediate concern to all three devolved nations is what happens after Brexit to what is currently EU spending in their jurisdictions. The Scottish and Welsh governments have jointly accused the UK government of a ‘power grab’ in this sphere, for example, in agriculture which is more EU-subsidised in the devolved nations than in England. This conflict is a reflection of the tension between the necessity for common frameworks across the UK and the fact that the UK Parliament and government both see devolved institutions as subordinate legislatures and governments, not as equal partners.

In the long-term, it is not clear whether present levels of subsidy will be maintained. Trade negotiations with the EU and international agreements will constrain UK-wide subsidy policy. In the short-term, the subsidy money could be held centrally by the Treasury, allocated to the devolved administrations as Annually Managed Expenditure outside the block, or put into the Barnett-controlled block.

If put into the Barnett-controlled blocks, past Treasury practice indicates that existing spending would be transferred in, so that future changes in England then produce positive or negative Barnett consequentials. This means that in future, subsidies for sheep would directly compete in the devolved countries’ budgets with salaries for nurses. This is the major risk from ‘Barnetising’ agricultural spending, not that existing spending levels would immediately go down to the Barnett proportions.

If Scotland’s constitutional future and Brexit were not enough to consider, there is growing concern about the ability of OECD governments to sustain their tax take as a share of GDP in the face of automation, digitalisation, and the power of multinational oligopolies.

What does this mean for UK public spending, and hence for Scottish public spending? The present UK fiscal austerity, though not deep on an annual basis, is the longest running for a century. Usually, austerity episodes last for two or three years, and then the brakes come off. But ten years after the 2008 global financial crisis, the repairs to the UK public finances are still not complete.

If the UK public wishes to maintain the present pattern of publicly-financed services, then most people will have to pay more tax. This can be done transparently, or through devices which will accentuate the faults in the UK tax system identified by the Mirrlees Report of 2011. If there is no political willingness to do this, then the services that the state provides for citizens will either be openly reduced, or allowed to deteriorate to unacceptable standards.

Over the 2010s, total funding for the Scottish government has been reduced by 5% in real terms – that is taking account of general inflation, not of the inflation specific to public sector inputs. Holding down public sector pay has protected service levels, but pay pressures are clearly building up. At times in the 2000s, public spending was increasing by up to 4% per year in real terms.

To some extent, Brexit has become code for what kind of economy and society lies ahead for the peoples of Scotland and the ‘rest of the United Kingdom’ (rUK). The most coherent case for Brexit is made by those who wish to reject what they characterise as the sclerotic European social model of too much public spending and taxation, too much welfare, and too much regulation.

Note: the above was originally published on LSE Brexit. It forms part of an ESRC-funded round UK tour of events covering the governance, constitutional and legal aspects of Brexit, which reaches London for a key event on Thursday 8 March: all welcome.

David Heald (FAcSS, FRSE) is Professor of Public Sector Accounting at the Adam Smith Business School, University of Glasgow and a key expert on UK public spending. His latest research (open access) looks at whether the boards of public sector agencies really act like company boards, or not. David Heald and his Glasgow-Ulster ESRC-funded team run the website www.impactbrexit.com, on the constitutional and fiscal issues arising from Brexit. 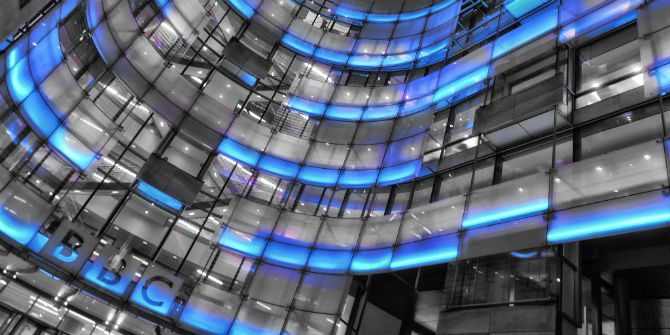