10 out of 11 cities voted against having an elected mayor with Bristol being the only exception. Alex Marsh explains how this occured and argues that the willingness of Whitehall to relinquish power to the town hall is perhaps the key issue that will shape the trajectory of this mayoral experiment.

Bristol is unique. Those of us who live here are, of course, already aware of this. But the city’s less conventional approach to life attracted broader attention when it alone voted yes in last Thursday’s Mayoral referendum. Stuart Wilks-Heeg provides an overview of the outcome of this process. In short, it represents a major blow to David Cameron’s aspirations for a new era of dynamic city leadership. I want to reflect more specifically upon the Bristol result. Why did the city buck the trend? Clearly, what I have to say is to a large degree impressionistic. We will no doubt be offered more detailed post-mortems on the 2012 referendums in due course.

In the run up to the referendum the debate in Bristol identified all the issues and problems with the coalition’s elected mayors proposal that appear to have swayed voters elsewhere to vote against. It also recognised that the proposed mayor is for the city of Bristol. It is not for the Bristol functional economic area (which includes parts of South Gloucestershire, Bath and North East Somerset, and North Somerset). Rather late in the day Greg Clark suggested the government would be amenable to expansion to a metro mayor. The process by which that might happen remains mysterious. This means that, as currently constituted, the mayor will not necessarily have the hard powers to address some of the strategic issues facing the Bristol region. That may, of course, change over time.

Even those in favour of a mayor recognised a yes vote would be a leap of faith. But it was a leap worth taking. Why? The overarching narrative of the ‘Yes’ campaign was an appeal to civic pride and to a sense of underachievement. Bristol may be one of the richest cities outside of London but there is a feeling that it is less than the sum of its parts. And the blame for this was laid squarely on the local authority. This view was encouraged during visits to the city by key advocates for elected mayors like Lord Adonis.

The key issue is seen as poor and unstable local political leadership. The statistic that Bristol city council has had seven leaders in the ten years was regularly deployed, even though its accuracy can be disputed. And the council has, until her recent resignation, had the same leader – Barbara Janke – for the last four years. Be that as it may, lack of stability in leadership was identified as the major problem. Its consequence was felt to be that Bristol has for many years “punched below its weight” and failed to realise its potential. A mayor would bring the stability of a four year term. And the mayoral model concentrates power so that a vision can not only be articulated but, if necessary, driven through the council.

The referendum outcome was most probably influenced by the fact that the incumbent administration is Liberal Democrat and this year there were no local elections. But the net effect here is debatable. My sense is that votes for a mayor in protest at the current Lib Dem administration were more common than votes against a mayor because of it being Cameron’s pet project.

While several lively public debates have been held in Bristol from December 2011 onward – with the Bristol Festival of Ideas and the University of Bristol, alongside others, playing a key facilitative role – the bigger story was one of a general lack of information. The council produced a leaflet to go to each household in the city, but many were never received or were delivered to addresses outside the local authority boundaries.

The gap in official information was, to a degree, filled by others. The local newspaper was unremittingly positive about the proposal for a mayor. The Bristol ‘Yes’ campaign was relatively small, but it was well-organised and dynamic. It was largely driven by volunteers without overt political alignment and members of the local business community. It had a clear online presence and made effective use of social media. In contrast, the Bristol ‘No’ campaign didn’t launch until April and never really got off the ground. Yet, even with these campaigning efforts, it appears many voters only woke up to the referendum very late in the day.

The Conservative party locally endorsed the proposal for a mayor. The group leader played a prominent role in public debates. The Green party was explicitly against a mayor, on the basis that it is antithetical to genuine localism. Locally, Labour and the Liberal Democrats were both officially neutral, allowing members to make their own decisions. However, there were some prominent advocates for a mayor on the Labour side and almost all the public opposition originated with Liberal Democrat councillors. This surely affected the trajectory of the debate. Liberal Democrat incumbency meant opposition to a Mayor was frequently interpreted as self-interest, even though opposition to the concentration of power and a commitment to localism and community politics are long-established Lib Dem positions.

While there was quite a lively local debate, it needs to be kept in perspective. It was a minority sport. The bigger story is widespread lack of engagement with the issue. Bristol recorded the lowest turnout of any of last week’s mayoral referendums, only 24 per cent. Turnout dropped below 10 per cent in some wards. This may well have worked to the advantage of enthusiasts seeking change.

Several candidates have already expressed an interest in standing for mayor. We face six months of campaigning before the vote on 15th November. Most of those who have declared so far are seeking the Labour nomination. This is probably the most important issue to be settled. There is a perception that the mayoral election is Labour’s to lose. Last week’s ‘Yes’ vote has been seen by some as delivering a shortcut to Labour regaining control of the city. It may not, however, play out like that. There is at least one credible independent candidate.

The ‘Yes’ campaign has not disbanded. It is working on the idea of crowdsourcing a people’s manifesto for the mayor. If this manages to overcome widespread apathy and engage residents more widely then it could be a very positive initiative. If it doesn’t then we run the risk of a self-selecting group of enthusiasts seeking to press their agenda on the mayor, which would arguably be less democratic than the model of governance just rejected.

I have concerns about over-inflated expectations being placed upon a mayor. There is limited understanding of what he or she will be able to do. Some are looking to a mayor as the cure for a wide range of local woes. The powers to deal with the ongoing problems with the bus network, for example, are likely to be no greater than those of the council. Similarly, development control is not an executive function – so a mayor may struggle to deliver the long-promised new football stadium. The mayor will also have limited leverage to “sort out” Bristol’s perennially under-performing state schools because, by the time he – and it is likely to be a man – arrives, many schools will already have transferred to academy status and beyond local authority control.

These are not arguments against a mayor. They simply flag up the problem that unrealistic expectations are likely to lead to disappointment. Most people do not appreciate how centralised our state is. Or the extent to which things routinely blamed on “the council” are in fact a product of central policy being handed down for implementation. How much power Whitehall is willing to relinquish to the town hall is perhaps the key issue that will shape the trajectory of this mayoral experiment.

What happens in Bristol over the coming months will be watched with interest. Internationally, the local governance tide flows very much in the direction of elected mayors. The idea has not gone away. It will be back on the agenda elsewhere in England before long.

Alex Marsh is Professor of Public Policy at the University of Bristol. He blogs at www.alexsarchives.org. He is a member of City of Bristol Liberal Democrats, but was not aligned to either the Yes or No campaign. 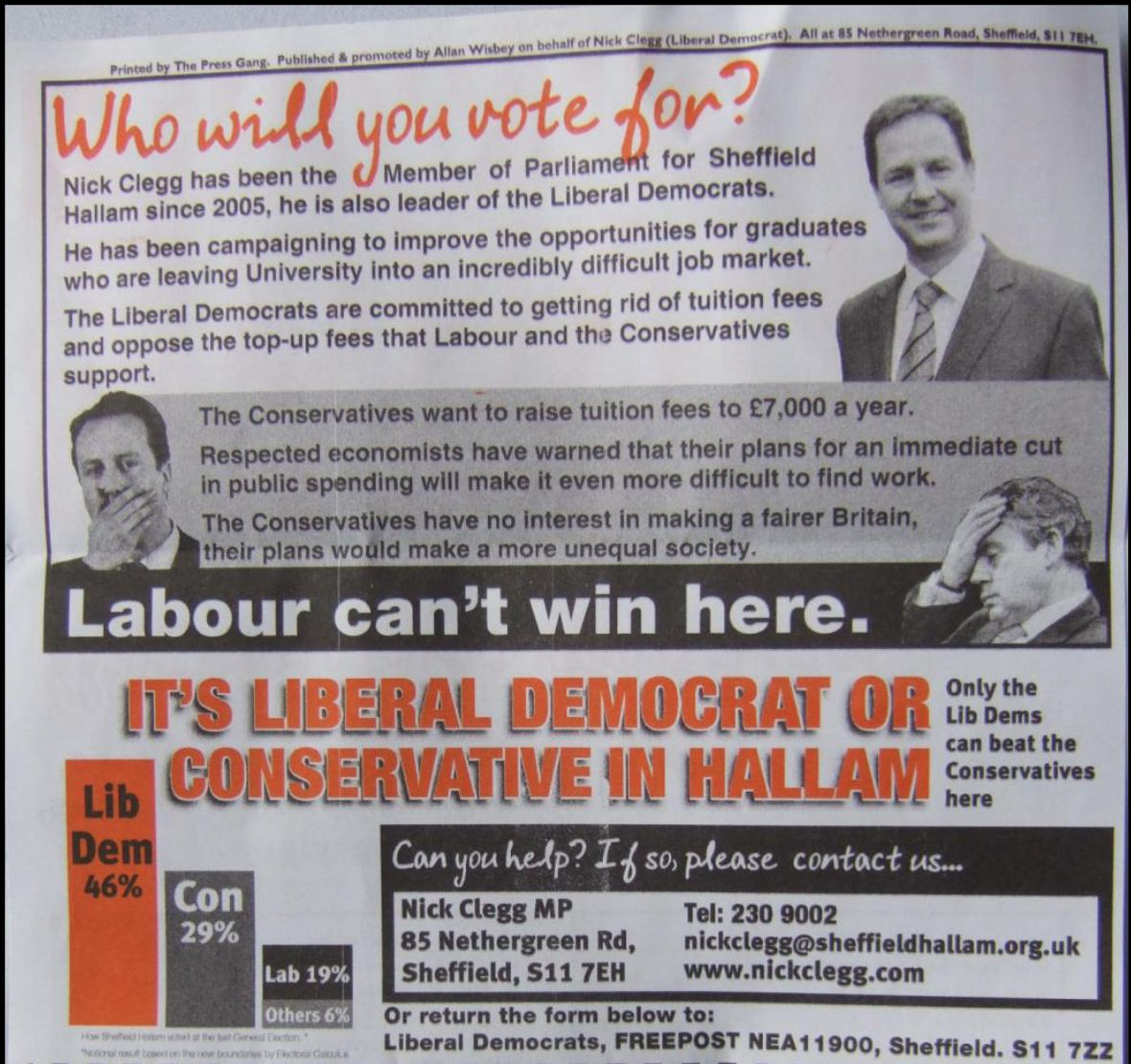