In publishing the latest National Security Strategy (NSS) and Strategic Defence and Security Review (SDSR) in November 2015 the government managed to deliver quite a feat. The usual defence ‘commentariat’ was largely silenced as their worst fears appeared to be assuaged. Instead of cuts that many had first feared, this review promised a whole series of improvements. However, as Andrew M Dorman points out, these promises rest on a number of flawed assumptions, which continue to dog defence policy in the UK.

Two new ‘strike’ brigades, 20 new armed drones, nine P-8A Poseidon maritime patrol aircraft, at least two squadrons of 24 F-35B Joint Strike Fighters by 2023, an increase in the number of Eurofighter Typhoon squadrons by two and major investment in the UK’s special forces were among the improvements promised by the new defence reviews.  Moreover, the narrative of the review, particularly in terms on Britain’s role in the world, and the subsequent successful vote to commit British forces to kinetic operations over Syria, appear to indicate that the UK was back on the ‘world stage’.

It should first be acknowledged that on first appearances the 2015 NSS and SDSR is a far more coherent package than its predecessor. In this respect it is very similar to the reception of the 1998 ‘Strategic Defence Review’ which some in the ‘commentariat’ continue to extol as the perfect example of a defence review, despite the fact that it is now being recognised as being based on unrealistic financial assumptions and a force structure that did not link to the strategic goals. In contrast, the 2010 NSS and SDSR had to confront the challenges of austerity, financial mismanagement within the Ministry of Defence, reconfiguring the armed forces for the post-Iraq and Afghanistan worlds and overseeing this within a new national security structure with a government with little experience of government.

The new NSS has a logical strategic narrative based on the unstated assumption that the United Kingdom is a ‘status quo’ power. And there will likely be calls from those who demand that policy makers define an ‘end goal’ for the United Kingdom. Yet, that aside, in a similar vein to the 1998 and countless previous defence reviews, there are a number of major flaws contained within the review which suggests that Cornish and Dorman’s ‘Groundhog Day Cycle’ remains a fixture of the UK’s defence policy process. Three stand out.

First, the review highlighted the immediacy of the challenges now facing the United Kingdom from the likes of IS and Russia but its solutions, such as two new strike brigades for the army and the two new aircraft carriers will not be ready for another decade. The armed forces have been told to develop a Future Force posture by 2025, five years later than planned in the previous 2010 ‘Strategic Defence and Security Review’, and the government is hoping that the ‘window of vulnerability’ they have created will not be tested. The 2010 SDSR effectively adopted a variation of the interwar ‘Ten Year Rule’ when it assumed that Britain’s armed forces should be reorganised for conflicts after 2020. The 2015 paper has perpetuated this situation. In 2010 the assumption of no major conflict for a decade had a logic to it; in 2015 as the government’s own review indicates, such an assumption should no longer be made. Only time will tell whether the government will be found out.

Second, again in a repeat of the 2010 process, the risks that potentially have the most significant consequences for the United Kingdom and its defence and security policy are glossed over. In 2010 the issue of the Scottish referendum on independence was openly ignored. This time around the consequences of the British electorate voting to leave the European Union have been ignored. As David Cameron readily admitted, no planning of how this might be conducted has been undertaken.

Third, the affordability of the planned equipment programme is dependent on: further efficiency savings within the Ministry of Defence (MoD); the sale of significant amounts of the defence estate; a further reduction in civil service number; and, the MoD managing to maintain proper cost control of its equipment programme. All four assumptions have been adopted in previous reviews with only limited success.

All in all, this means that the government has delivered a new NSS/SDSR in which the threats and dangers to the United Kingdom are immediate whilst the proposed solutions to tackle them will be delivered in a decade or so. Thus, the United Kingdom has entered what US nuclear strategists referred to in the late 1970s and early 1980s as a ‘window of vulnerability’. At the same time, the UK’s ‘commentariat’ appears to be blissfully ignorant of the situation. Instead, focus has shifted to the internal politics of the Labour Party and the issue of replacing Britain’s nuclear deterrent.

Andrew M Dorman is Professor of International Security at King’s College London and Commissioning Editor of the journal International Affairs. His research focuses on the interaction of policy and strategy, utilising the case studies of British defence and security policy and European Security. With colleagues, his recent publications examine the complex security and strategic latency of the UK defence and security review (in International Affairs) and the legacy of David Cameron’s defence budgets (in Political Quarterly). 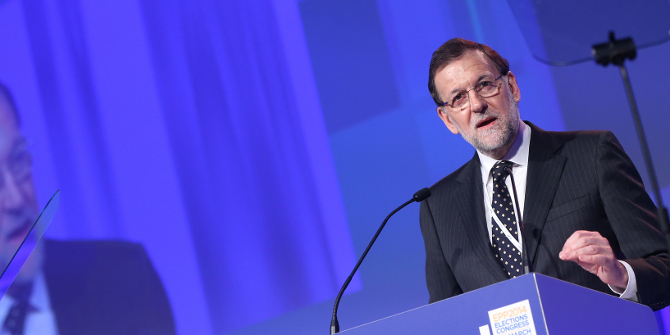 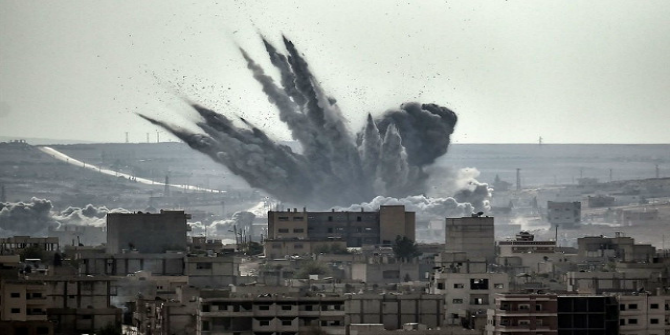