Recently it has been argued that the integrity of UK elections suffers when it comes to the media coverage associated with them. Here Stephen Cushion and Roger Scully outline how limited the coverage is, with a particular focus on Wales. With the EU referendum crowding the media space, important local and devolved elections may struggle to keep on the media agenda.

When you tune in to the latest UK political news, it is often dominated by the Westminster bubble. This is not a problem as such, but with elections in Scotland, Wales and Northern Ireland to take place in May, there are important questions about the access people in the nations beyond England will have to news about campaigns that affect them.

A new survey of people in Wales sheds some light on routine news consumption habits. It shows that many rely on news produced in England, or UK-wide news, which has limited information about Welsh affairs. As a consequence, the latest survey reminds us that we have a democratic deficit in Wales: people are not regularly exposed to news about Welsh Assembly matters, despite the fact that it is responsible for key policy areas such as health and education.

One of the most striking findings of the survey is the low number of people reading a newspaper produced in Wales – 5% or fewer. The Western Mail carries the most comprehensive coverage of the assembly, but the survey revealed that fewer than 4% regularly read it; when asked to name their main newspaper, just 1% of respondents said The Western Mail.

The Daily Mail, by contrast, is almost ten times more likely to be named as a main daily newspaper and is read regularly by four times more people in Wales than The Western Mail. Moreover, most of the newspapers produced in England reach a far greater proportion of people in Wales than the major titles reporting coverage of Welsh politics. A cursory flick through any of the English papers reveals that scant attention is paid to Wales, let alone the assembly.

Broadcasters in Wales, on the other hand, reach a far greater proportion of people than newspapers. BBC Wales Today is the most widely consumed – 37% of people frequently tune in – while 17% and 13% of people in Wales regularly watch ITV’s Wales Tonight or listen to BBC Radio Wales respectively.

UK vs the nations

The thirst for UK-wide broadcast news in Wales has not diminished in the 17 years since devolution began. The BBC News at Six or Ten is watched by nearly 37% of respondents regularly, while 30% of people tune into the BBC News channel. ITV’s Evening News or News at Ten and Sky News are viewed less often – 11% and 13% respectively – but still rank as key sources relative to other news produced in Wales. Despite these positive viewer numbers, however, content analysis of UK-wide broadcast programming has shown Wales generally, and the assembly specifically, represent only a tiny proportion of the news agenda.

The survey also found that 11% regularly rely on the internet for news – whether online sites or blogs and Twitter, with 27% using Facebook. We can only speculate about how far these sources are used for the specific purpose of finding news about the Welsh assembly, but the evidencesuggests that most people rely on established media outlets online or social media – the BBC, say, or MailOnline – for news rather than seeking alternative sources.

Above all, the survey reveals the important role public service broadcasting has for people in Wales. Both the BBC and ITV have regulatory obligations to serve audiences in the nations and, to different degrees, supply important information about politics and public affairs in Wales. But if we leave aside ITV’s evening bulletin and BBC Wales’ broadcast and online services, the survey showed few people regularly access news produced in Wales.

Media effects are notoriously difficult to measure, but when considering the number of people in Wales who are misinformed about the assembly’s powers compared to Westminster’s, it is difficult to overlook their reliance on UK-wide news. In a 2014 BBC poll, 43 per cent and 31 per cent of respondents thought health and education respectively – two major areas of devolved control – were the UK government’s responsibility, while 42 per cent of people wrongly believed policing was an assembly matter.

Although levels of education may help to explain some of the variance in political understanding, the devolution confusion was very likely compounded by the fact that the wider media culture is dominated by English concerns. Moreover, any exposure to political news they may have encountered is highly likely to have been about Westminster affairs.

Research has shown that UK broadcast news often gives limited context about the policy relevance of stories, with perhaps a fleeting mention of “in England” at the beginning of a package. But news is rarely delivered from a comparative perspective, so an English policy issue is interpreted for people in Scotland, Wales and Northern Ireland. And yet, UK news could be made more relevant to the nations beyond England.

For example, parents in both Exeter and Edinburgh would surely find it interesting to know that while university tuition fees can cost £9,000 per year in England, students in Scotland do not pay. In complex policy areas, of course, communicating news about devolved politics and making it relevant for all UK audiences is a more challenging task. As May’s devolved elections draw closer, this survey clearly highlights the need for people to be more regularly exposed to UK news about Welsh political affairs. But with debates about the EU referendum looming large, news about Wales could slip even further down the UK’s media agenda.

Please note: this article originally appeared on The Conversation.

Stephen Cushion is Reader at the School of Journalism, Media and Cultural Studies, Cardiff University 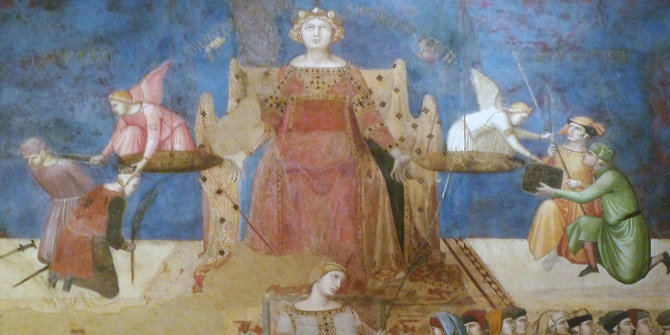