Last Wednesday’s budget introduced the government’s plans for a flat rate pension credit. While Tim Leunig welcomes these plans, he finds that the burden for funding this new system may well fall on employers in a significant way.

The Budget contains plans for everyone to get a £140 a week non-means tested pension. That is good news on many levels. The current system condemns many to poverty in retirement, even more to filling in very complex forms to claim pension credit (“are you a volunteer lifeboat crew member?”), and reduces the incentives to save, since a chunk of your savings are confiscated by the government in the form of benefit cuts.

The change is fiscally neutral. Since few people currently get £140 a week, there has to be a big tax rise somewhere to make this stack up. And there is. The reform will be paid for by scrapping “contracting out”. Pension schemes, including the university scheme of which I am a member, currently receive 1.6 per cent of earnings from the government, in the form of a rebate on national insurance. This rebate will be abolished.

By law, my employer has to make up this 1.6 per cent. That is a big hit on employers – the press are talking about £6billion. Penalising employers who offer good pensions is not a good idea. It makes employers more likely to wind their pension scheme down. It would be deeply ironic if the government’s plan to improve pensions led lots of firms to close their pension schemes.

The whole thing is up for consultation, and it is not too late for the government to adopt this idea. They should.

Tim Leunig will be publishing a full paper on pensions with Policy Exchange and CentreForum later in the spring. Please email info@centreforum.org if you would like a copy when it is available. 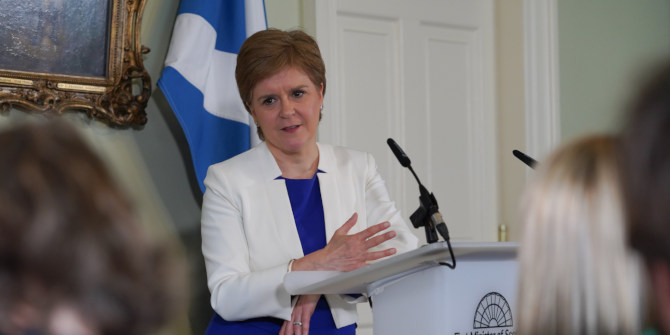 Surveying Scotland’s independence debate at a time of change