The government’s latest corporate governance reform proposals are tinkering at the edges when substantive change in how British companies are governed is needed, explains Mathew Lawrence. He sets out IPPR’s recommendations for meaningful reform.

The government’s latest proposals fail to address ingrained problems of short-termism, unjustifiable pay inequalities, and the lack of voice and control ordinary workers have in the running of their company. To redress the lack of employee representation in how companies are governed, the government proposes that either workers nominate a director, an employee advisory council is created, or a non-executive director is appointed to the board to ‘represent’ the interests of a firm’s workers. To tackle runaway pay at the top, the new measures propose that companies where more than 20% or more of investors vote against executives’ remuneration be placed on a register overseen by the Investment Association.

Yet while it is good that the government has finally woken up to the need to reform the way British companies are run, these proposals are inadequate. It is condescending and ineffectual to suggest a non-executive director appointed by the board can ‘represent’ the interests of a firm’s workers better than the workers themselves. Only directors elected by the workforce can do that – as happens in many other European countries. Moreover, it is hard to see how collating information already in the public domain is likely to reign in runaway pay at the top. Indeed, a reliance on transparency to deliver substantive change in corporate behaviour misses the point; showing your workings isn’t the same as an answer.

The feebleness of the government’s proposals is a missed opportunity, and another example of Britain ducking substantive corporate reform when ambition is sorely needed. This is because reforming corporate governance is vital to addressing the UK’s longstanding economic weaknesses. It is about more than giving workers more voice, important as that is. Our poor performance on investment, productivity, and inequality stem in part from how – and in whose interest – British companies are governed. Corporate governance reform is crucial then to improving the overall performance of the economy.

In the UK’s governance model, shareholder interest takes precedence over other vital stakeholders in how businesses are run, most noticeably workers who lack Companies are not legally ‘owned’ by their shareholders. Rather, they are incorporated bodies which bring together a range of stakeholders – owners and suppliers of capital, labour, suppliers, and customers – for the purpose of enterprise. There is no reason in law why shareholders alone should have control rights over the company and the shareholder primacy model fails to recognise the critical role played by labour within a firm. Employees are core constituents of the process of production who should have voice and representation in the governance process.

In practice, shareholder primacy incentivises corporate short-termism and prioritises rewarding shareholders over long-term investment strategies. This is manifested in a decline in investment and a rise in the proportion of earnings distributed to shareholders, with poor long-term results both for savers and companies themselves. For example, only around 25% of finance raised by companies is now spent on investment.

Meanwhile, the exclusion of employee voice from corporate governance has contributed to Britain’s productivity problem. Employee engagement is a key factor in raising productivity, but has been a consistent weakness in British management culture. Finally, shareholders have consistently failed to ensure executive pay matches firm performance. Over the last 20 years the real value of the FTSE 100 has barely risen, while executive pay has increased by more than 400 per cent, while between 2010 and 2015, the average pay of FTSE 100 company directors increased by 47% at a time of wage stagnation for many.

Shareholder primacy in practice has consequently been a factor in our low rates of investment and productivity, high rates of pay inequality and corporate excess, alongside the low level of public trust in large businesses. By contrast, our analysis of governance systems in the EU28 shows a positive correlation between governance systems which include employees, and stronger performance on productivity, business research and development expenditure, and lower inequality. 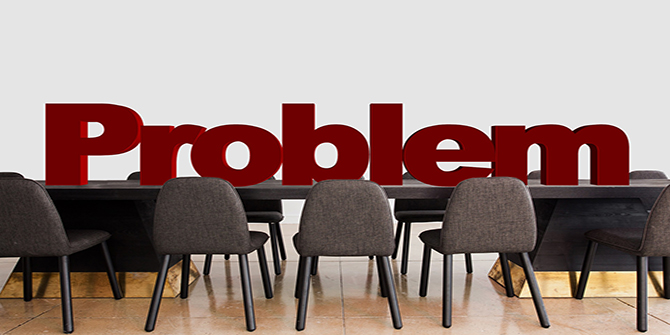 Instead of the government’s watered down proposals, IPPR’s recent report on corporate governance reform – as part of our Commission on Economic Justice – argued for three steps to deliver meaningful reform.

First, directors’ duties in company law should be reformed to make explicit that it is the promotion of the long-term success of a company that is their primary duty, not the short-term maximisation of shareholder value. The law should make clear that the interests of shareholders, while critical, do not necessarily take priority over the interests of employees or responsibilities to other stakeholders. This would help repurpose British companies, reorienting them towards the creation of long-term, sustainable value.

Second, employee representation should be embedded in corporate governance, including through ensuring there are elected worker directors on company boards. Companies are institutions through which capital and labour come together to produce goods and services. Workers to be represented in the governance of the company, alongside the providers of capital, its shareholders. More than that, including employees in governance structures is associated with improved company performance over the long term.

Finally, a Companies Commission should be established to oversee and strengthen corporate governance standards among both listed and private companies. An independent regulator with investigative powers and legal remedies would help restore public trust in major businesses

Reforming corporate governance is not a panacea on its own for Britain’s economic weaknesses. But rewriting the rules that govern how firms operate is a crucial step towards building a more productive, equitable economy that works for everyone. Sadly, the government’s recent announcements aren’t up to that task. Given this, we still urgently need a bolder reform agenda to build more purposeful, equitable, and long-term-orientated companies, with stronger employee voice and greater public accountability.