Six years on from the financial crisis there are signs of recovery, but Chris Martin questions the extent to which the banking system has changed since 2008, arguing the new system of regulation and control has yet to prove itself. If confidence in the banks is to be rebuilt, they must be organised and regulated to benefit the wider economy rather than their own more narrow interests.

In his 2010 book Whoops! Why Everyone Owes Everyone and No One Can Pay, John Lanchester compares the balance sheets of Apple and the Royal Bank of Scotland (RBS) on the eve of the 2008 Financial Crisis. RBS had assets of £1.9 trillion. This was significantly more than UK GDP, but it had capital of only £91 billion. Bankruptcy occurs if the difference between liabilities and assets exceeds the value of capital. The value of RBS’ assets, including substantial amounts of derivatives and corporate loans, both heavily linked to housing markets, were risky. But its liabilities, mainly short-term borrowing and customer deposits, were not. A fall in the value of assets of only 5% would bankrupt the bank. By contrast, Apple had $19bn of liabilities against $21bn capital: there was no risk of Apple failing. This comparison highlights the risks the banking sector was taking before the financial crisis. RBS was not unusual. It had a gearing ratio (liabilities as a proportion of capital) of around 20; many banks had ratios in the 40s and even 50s. 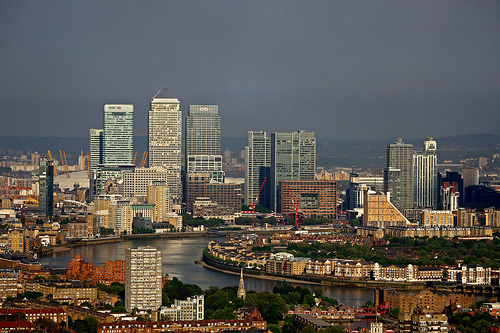 In retrospect, the financial crisis looks like a disaster waiting to happen. Six years on, the economy is finally beginning to recover; national income is getting back to its 2007 value, real wages may be about to start rising, increased interest rates are approaching and there seems to be a cautious increase in optimism.  Sustained growth requires a robust and responsive financial system. After the trauma of the last few years, can the banks deliver this?

Some things have changed since 2008. The average gearing ratio of UK banks has halved, to 20 (although note this was the pre-crisis ratio at RBS). Markets in the obscure financial assets that were at the heart of the crisis (collateralised debt obligations, asset backed securities and other exotic financial instruments) are subdued, only about half their pre-crisis size. But some things have not changed.

The financial crisis highlighted the dangers of systemic failure, where the failure of one part of the financial system risks bringing everything down. “Too big to fail” is still a problem; in fact the wave of bank failure in 2007-8 has made the banking sector less competitive. Regulators are certainly more vigilant, more intrusive and better armed than before. But the new system of regulation and control has yet to prove itself. And some suspect that the powerful banking lobby (the financial system accounts for over 10% of total UK tax revenue) may succeed in further reducing the impact of regulation.

Is there a danger of “banker bashing”? Inevitably, yes; populist attacks focusing on the stellar rewards earned by some in the financial system, strike a chord with many. Amid this heated debate, there is not much discussion of what might be the most important question: what type of banking system would be best for the UK? From that perspective, the fundamental role of the banking system is to channel savings into the most desirable uses. The banking system should be structured so this is done efficiently.

There are two main issues. First, how much risk should banks take?  Lending is risky (the demand on banks, post-2008, that they both reduce risk and increase lending is paradoxical). Banks are skilled in risk management, but do not consider the wider social consequences of failure. Given that the costs of the financial crisis are estimated to be in excess of £7 trillion in the UK ($22 trillion in the US), the socially optimal upper-bound to risk-taking may be much lower than anything the banking system would tolerate (and this only considers monetary costs; the social and psychological costs are hard to measure but may be enormous).

Second, what type of risks should banks take? Economic prosperity requires a banking system that provides the credit on which modern economies depend. In the years before 2008, banks shifted away from this core purpose, focusing more of their activities within the financial sector itself, using increased borrowing from other banks in order to purchase massive portfolios of the exotic financial assets which were the immediate cause of the crisis.

The banking system is a central part of our economic infrastructure. It should be organised and regulated to benefit the wider economy rather than the more narrow interests of the banks themselves. Continuing with the current structure, with a small number of mega banks, too big to fail and too large to control, may not be the best way forward.