Across Europe there is a substantive lack of engagement in politics and trust in politicians. Gerry Stoker argues that the starting point for the resolution of this malaise is to understand politics as embedded in a set of social interactions. Reinvigorating collectivism requires finding ways to talk about politics but as a by-product of a wider engagement in social networks

For progressives the pervasive evidence of a strong anti-political culture, a lack of trust in government and scepticism about the capacity of the state should be a cause of great concern. The malaise of pessimism that surrounds public debate owes part of its cause to a growing recognition of the scale of the financial, economic, social and environmental challenges we face, but also draws much of its power from an increasing sense there is not much that can be done about them collectively given the current atrophied state of politics and governmental institutions.

The scale and scope of anti-politics

What can we can learn from attribute data about what individuals across Europe think about politics? There are differences between countries across Europe, but overall the sense that citizens have lost faith in politics is quite widespread in the advanced industrial democracies. Politicians in nation states and supranational bodies, such as the EU, have a tense relationship with citizens characterized by occasional explosions of righteous anger and bursts of populist revolt built on an embedded and sustained foundation of dismay and disillusionment about how politics works.

The crisis in politics is deeper in some countries than others. Table 1 divides European countries into four groups: Nordic, Northern, Mediterranean and Central (composed largely of the former communist countries). It provides cumulative data from surveys conducted at the beginning of the century from a “representative” country from each of these divisions and compares that with data on political activism in the UK which is included by Norris as part of the Northern group. The picture that emerges is of a Nordic group represented by Denmark that is top in terms of most forms of activism with others lagging behind. But within the context of difference many of the same messages emerge. Political engagement is not something that most people do all the time. Much of that activity is individually focused rather than through collectively organised interventions. Party activism is, along with direct political campaigning, at relatively low levels. Protest again attracts some engagement but it is very limited.

Most citizens are potential observers and limited doers. And what do they think about what they see? Trust levels as revealed by the same European social survey (2002 onwards) started out and have remained at fairly low levels. Even in the “best” countries – Denmark, Switzerland and the Netherlands – trust levels of citizens in politicians are running at a mean of about five, where a score of 10 would indicate high trust. In other countries such as Poland and Portugal trust levels have hovered around a mean score of below three or at times below two. Across Europe it would be fair to conclude that you are more likely to meet a fellow citizen with a low trust in politicians than one with high trust.

When it comes to differences between social groups, the findings for the UK from a survey conducted in December 2010 are revealing (Table 2). There are significant differences between social grades AB (those in professional and managerial employment) and social grades DE (those in unskilled manual and casual employments); with the former claiming to be better informed, knowledgeable and five times as likely to be actively engaged in a range of political activities as the latter. Other differences, although less stark, emerge when comparing men and women and “white” citizens to those with an ethnic minority (BME) background.

Source: Developed from data in the Hansard Society Audit of Political Engagement, 2011

1 This is claimed knowledge

3 A claimed sense that you could influence decisions

One common explanation of alienation is that citizens are too powerless. There are liberal and more collectivist variations of the argument with the former placing greater emphasis on individual empowerment and freeing the individual from unnecessary state interference, and latter concentrating more on greater opportunities for collective engagement in decision-making. Some favour more popular or direct forms of citizen engagement such as petitions or referenda and others prefer forums where citizens are encouraged to become better informed, debate, deliberate and judge what is in the common good. The solution to anti-politics on this analysis is giving people more power.

Certainly we have not lost a previous world of large-scale participation and political engagement that somehow needs to be replaced. Is it the case that citizens want more direct power? The Hansard Society’s 2011 audit of political engagement in the UK, in the context of demands stemming from Big Society rhetoric, suggests a public deeply underwhelmed by the idea that they should be running community affairs. It reveals that only one in 20 are very interested in getting involved in local decision-making, only one in 10 will definitely volunteer to help out in the community in the next few years, and among that group the focus is on sports and general “do-gooding” to the exclusion of involvement in community groups, trade unions and political parties.

Maybe, then, citizens just want politicians to do their job properly and get on and govern in the general interest? What is it about the processes of politics that alienates citizens? There are several possible elements. Some might have a concern about procedural fairness of political decisions and the justice of decisions taken (were all the right stakeholders and bits of evidence brought into play?). Some may have a negative reaction to the rhetoric of conflict that often surrounds politics. Anti-politics may be a result of the expectations about fairness, ethical veracity and support for the common good that are loaded on to politicians by citizens.

The solution would appear to be to restore faith in representative politics by maximising transparency and accountability so that the practice and even the impression of wrong-doing can be stamped out from citizens’ impression of representative politics. This reform strategy – whose value is real in the sense that there should be measures to stamp out corruption in any democratic system – may in some ways exacerbate the difficulties of anti-politics by reinforcing the idea that representatives are simply not to be trusted.

A third line of argument about what drives anti-politics is that it reflects the failure of politics to deliver outputs or societal outcomes that citizens value. In short it is the performance of politics that is a cause of dissatisfaction. We have shifted the balance in our politics from a partisan to a managerial political world where societal ends are agreed and the core political issue has become how to judge the relative competence of the parties and politicians to achieve the desired ends. Politics then becomes focused on the performance of the government and leaders or what prospective opponents could offer. But this focus on performance in turn supports a rather shallow form of political exchange in which the allocation of credit or blame becomes the focus, and a cycle of hope followed by despair

drives public opinion as a new leader rises only to fall as feet of clay are revealed (in the UK, Nick Clegg achieved this distinction in record time).

A way forward? Looking at politics through a social lens

In the end I think there are severe limits to the amount that can be done to find new ways of giving all citizens power or convincing them that all politics is fair and ethical. In addition to what we already know about what citizens think and do – which suggests there would be a mountain to climb to turn around citizens on these points – these responses ask of politics what it cannot deliver. Politics is not about individual empowerment, it is about collective decision-making. The democratic promise is not that you can determine the outcome, merely that you can have your say. Politics is about resolving conflict and forging forms of co-operation. It can be inspirational and ethical but it also works through half-truths, compromise and veils of ambiguity.

The starting point here is to think about citizens not as individuals but rather as embedded in a set of social relations. How they make sense of politics and how they decide to get involved depends strongly on the social networks of which they are part. We need to understand these ties and connections and that the properties of these ties and connections are not the assets of agents, but of systems of agents that in turn are connected to wider social processes.

There is growing interest in the role of social networks in helping to explain how citizens understand politics and in turn move on to political engagement (See Symposium in PS: Politics Science and Politics, January 2011). There is mounting evidence that networks of family, friendship, community and broader social ties have an independent impact on citizens: their politics, the resources they have access to, and whether and how this engagement is in turn translated into political action.

The key to creating a more optimistic framing of issues, a renaissance of the belief that collectively we can achieve things, may rest in finding a way to develop and connect to the social networks that drive political understanding and engagement. The internet, public debate and open access to expertise and knowledge, could all play their part in building again a platform for a belief in politics. Progressives need to find ways to talk about politics but as a by-product of a wider engagement in social networks. For mobile phone  companies and political parties the key message may be “it’s good to talk”.

This article is a shorter version of one published in the Policy Network paper, Social Progress in the 21stCentury. 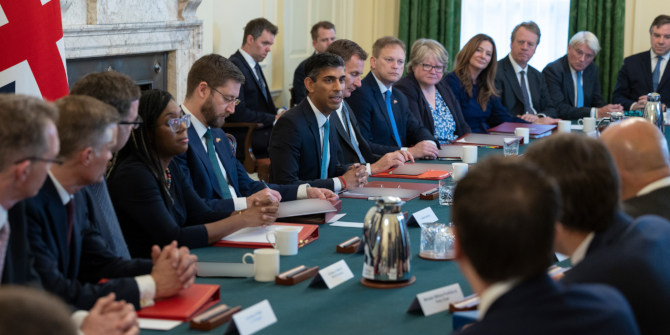