Conservative candidates vs economic reality: what the next Prime Minister needs to consider before promising tax cuts

Conservative candidates vs economic reality: what the next Prime Minister needs to consider before promising tax cuts

With the risk of a global recession looming, Costas Milas discusses several implications for the UK’s monetary and fiscal policy.

Speaking to The Financial Times on condition of anonymity, one cabinet minister noted: ‘We’re heading for a s*** storm — we’d better choose someone who knows what they are doing’. The anonymous cabinet minister made a very good point. UK inflation is expected to hit (or even exceed) 11% and the Bank of England is forecasting a recession. The world outlook is also darkening rapidly. With US inflation rising to 9.1% in June 2022, the biggest rise since 1981, there is a good chance that the Fed will shortly raise its policy rate by a bare minimum of 75 basis points to 2.5%. At the same time, IMF chief Kristalina Georgieva is warning that the world is facing an increasing risk of recession over the next 12 months.

All of the above have implications for the UK’s monetary and fiscal policy. As Bank of England officials are contemplating further interest rate rises above the Bank’s current policy rate of 1.25%, they have to take into account a number of factors, first and foremost being the significant spill-over effects of US monetary tightening to the rest of the world. Between April and June 2022, the Fed raised its main interest rate by 1.25 percentage points in total. Such a hike lowers GDP in advanced economies by up to 0.6% within a three-year horizon. This global effect will put additional downward pressure on UK GDP but also slow down UK inflation sooner than later.

The second factor is the possible interference of the next Conservative Party leader and Prime Minister with UK monetary policy. Penny Mordaunt raised some eyebrows by declaring: ‘my monetary policy will be on controlling inflation’. Most likely that this very statement does indicate some ignorance on who is in charge of monetary policy rather than intentional willingness to interfere with the independent Bank of England. Nevertheless, the point here, as put by the cabinet minister above, is that we need someone with sound economic knowledge to deal with the (ongoing) economic storm.

Third, the possible impact of all these tax cuts promised by Tory leadership hopefuls on the UK economy. Tax cuts represent a fiscal expansion which, in theory, should stimulate demand and, consequently, reduce the risk of recession. At the same time, however, tax cuts risk pushing UK inflation even higher. Consequently, the Bank of England will have no other choice than raising interest rates even faster to bring inflation back to the 2% target.

The main problem, of course, is that leadership hopefuls are talking about tax cuts without providing a detailed account of how these tax cuts will be funded. Even worse, there is no proper discussion of how effective these tax cuts will turn out to be in stimulating the UK economy. The main question thus remains: can tax cuts boost UK investments and growth? Consider, for instance, the popular pledge to cut the UK corporation tax rate. At 19%, our corporation tax rate is lower by as many as 4 percentage points than the average rate in the OECD economies. In fact, as Figure 1 demonstrates, the UK corporate tax rate has been lower than that in OECD economies for the last ten years. Despite this, UK business investments have expanded by only 2.5% per annum, on average, over the same period. 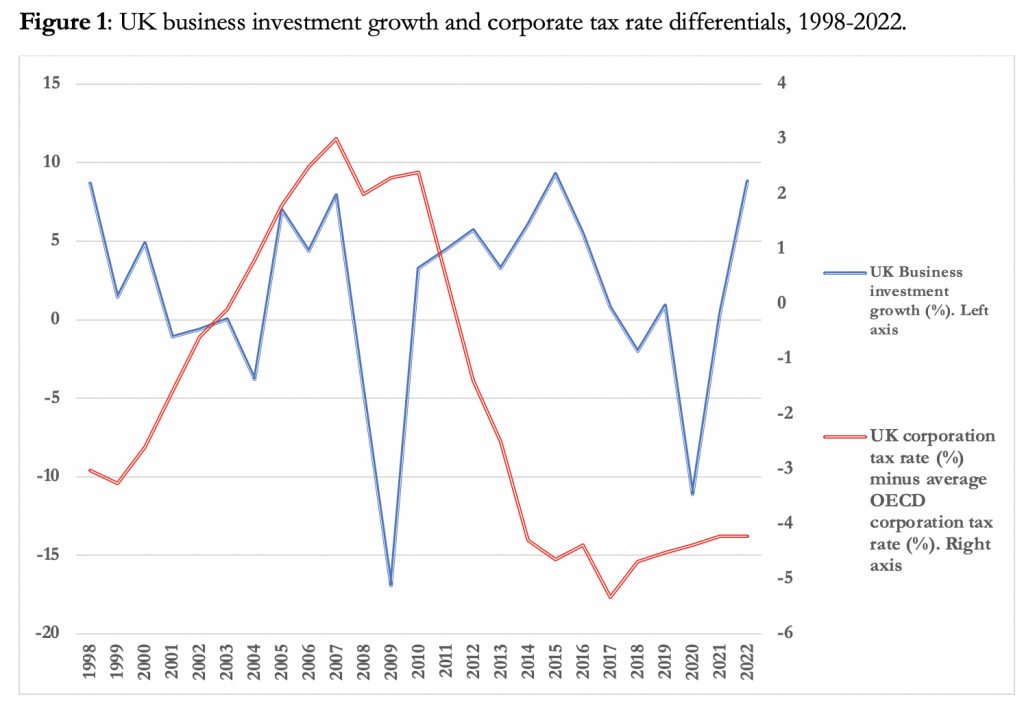 The second driver of business investments is the quality of governance. According to World Bank data, the UK has dropped, among 214 countries, from the top 2% in 2010 to the top 8%, ten years later, in terms of the regulatory quality index (the latter monitoring the ease of starting a business and bureaucratic efficiency). In other words, there is so much to talk about and deal with when it comes to stimulating business investment and UK growth. The next Prime Minister needs to consider these issues before promising possible tax cuts. 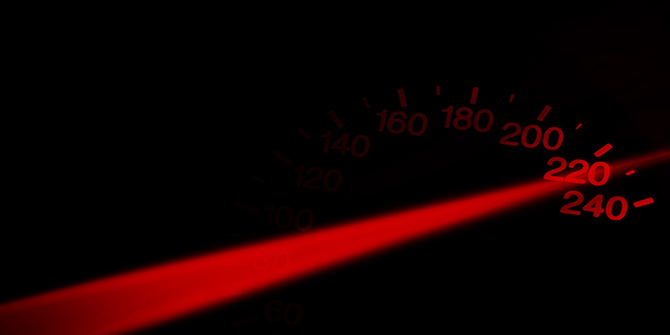