Stuart Adam and James Browne argue that the advantages of localising council tax rebate schemes seem to be strongly outweighed by the disadvantages; for instance, it will be difficult to design replacement schemes that protect the vulnerable while maintaining work incentives in the context of reduced funding.

With 5.9 million recipients, Council Tax Benefit (CTB) is more widely claimed than any other means-tested benefit or tax credit. The UK government is proposing to abolish CTB across Britain from 2013–14 and give local authorities in England, and the Scottish and Welsh governments, grants to create their own systems for rebating council tax to low-income families – though pensioners in England will have to be fully protected. These grants will be based on 90 per cent of what would have been spent on CTB in each area. In a recent report we examine the likely effects of this policy and the options available to councils.

The government’s stated aims for localisation are to allow support to vary across the country to reflect local priorities, and to strengthen local authorities’ incentives to promote employment and growth. These are laudable aims, and the proposed policy will go some way towards furthering them. Yet promoting employment and growth is only one way that councils might reduce the cost of providing council tax support: they equally have an incentive to discourage low-income families from living in the area, and a disincentive to encourage take-up of support, which seem less desirable consequences of the policy. It remains to be seen how far councils actually respond to these incentives. But replacing a single national scheme with more than 300 potentially different ones will undoubtedly reduce transparency and increase bureaucracy.

Localisation of council tax support is only one part of the policy: the government is also planning to cut funding for it by 10 per cent. Giving each local authority, and the Scottish and Welsh governments, a grant based on 90 per cent of what would have been spent on CTB in that area means a larger cash funding cut in more deprived areas, where spending on CTB is currently highest.

There is no obligation on local authorities to spend exactly the amount of this new grant on council tax support: they may, for example, choose to maintain support at its existing level and find the necessary savings elsewhere, or even cut entitlements by more and use the surplus for other purposes. The Scottish and Welsh governments – which will operate centralised council tax rebates – have made contrasting choices. Wales has chosen to respond to this cut in funding by reducing council tax support by 10 per cent (though it has not yet decided how) while Scotland has opted to maintain existing levels of support and make savings elsewhere.

Councils in England could follow the Scottish example, protecting entitlements to council tax support for all claimants and filling the funding gap from elsewhere. Across England as a whole, this would require a 0.4 per cent reduction in spending on local services or a 1.9 per cent increase in council tax rates. Alternatively, they could follow the Welsh example and pass on the full 10 per cent funding cut to claimants of council tax support. But the requirement to protect pensioners in England means that this would imply a 19 per cent cut in support for working-age claimants, on average. Those local authorities where pensioners account for an above-average share of CTB expenditure (typically less-deprived areas) would need to make larger percentage cuts to support for working-age claimants: for one in ten English local authorities, it would be more than 25 per cent, with the highest value being 33 per cent in East Dorset and in Craven, North Yorkshire.

Any cuts to council tax support are bound to hit lower-income households, as 85 per cent of CTB goes to the lower-income half of households and almost half of CTB goes just to the lowest-income fifth. Reforms that would save the full 10 per cent by which funding is being cut typically involve reducing support for those currently receiving maximum CTB – those on the lowest incomes. The poll tax experience showed how difficult it can be to collect small amounts of tax from low-income households that are not used to paying it. Means-testing support for council tax more aggressively could protect the very poorest altogether, with the losses concentrated on low-to-middle income households. But to save the full 10 per cent purely from means-testing more aggressively would require the means test to be so severe that some people would be worse off after a pay rise.

Councils will have to consider carefully how their new council tax rebate schemes will work alongside Universal Credit, which will be phased in from October 2013 and will ultimately replace all other means-tested benefits and tax credits for those of working age. Universal Credit is intended to simplify the benefit system by reducing the number of different benefits that claimants and administrators must contend with. Keeping council tax support separate – and indeed allowing it to vary across the country – severely undermines this simplification. Universal Credit is also intended to rationalise work incentives by replacing a jumble of overlapping means tests with a single one, ensuring that overall effective tax rates cannot rise too high. Again, separate means tests for council tax support could undermine this, with the potential to reintroduce some of the extremely weak work incentives that Universal Credit was supposed to eliminate. It is difficult to think of reasons why fully integrating CTB into Universal Credit would be inferior to what is now being proposed.

One specific issue raised by the introduction of Universal Credit is that particular benefits that are currently used to ‘passport’ people automatically to maximum CTB entitlement will cease to exist as they are subsumed within Universal Credit. At present two-thirds of CTB recipients are passported in this way, and if all these people needed to go through a full means test, the burden on both claimants and local authorities would increase substantially. One way to mitigate this would be for central government to transfer Universal Credit data to local authorities, to avoid having to ask claimants for the information again – if IT systems can be set up to transfer the data in a timely and efficient way.

Councils face a difficult task to design replacement schemes that protect the vulnerable while maintaining work incentives in the context of reduced funding. They have little experience or expertise in designing means-tested support schemes and very little time to do it. The fact that they also need to make these schemes work alongside Universal Credit makes an already difficult challenge truly formidable.

Cutting support for council tax and localising it are two distinct policy choices: either could have been done without the other. Whether you think that cutting council tax support for low-income families is the best way to reduce government borrowing by £500 million will depend on your views about how much redistribution the state ought to do. But the advantages of localisation seem to be strongly outweighed by the disadvantages.

Stuart Adam is a senior research economist in the direct tax and welfare research sector. He joined the institute in 2001. His work focuses on analysing aspects of the design of the personal tax and benefit system.

James Browne joined the IFS in 2005 and is a senior research economist working in the Direct Tax and Welfare Sector. He is currently working on an evaluation of a range of policies designed to encourage lone mothers to enter the labour force, in particular the Lone Parents’ In Work Credit. He has recently been involved with two projects involving simulating poverty rates among children and pensioners over the next decade. Other work includes looking at the tax system in the UK more generally as part of the Mirrlees review. 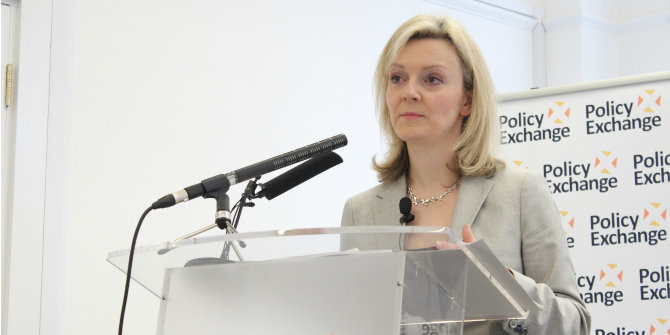