Not all crises are met with proportionate policies: there can sometimes be a lack of balance between the costs of a policy and the benefits that are derived from it. Moshe Maor sets out a conceptual toolbox to help understand these responses. He argues that disporportionate responses are not necessarily the result of error, but can be intentionally designed and, under certain circumstances, be successful in achieving policy goals.

Policy scholars who are trying to explain the policies pursued by the U.S. Federal Reserve, the Bank of England, and the European Central Bank during the 2007-2008 financial crisis are confronted by an elephant in the room. The elephant is labelled disproportionate policy by design. At the outset, disproportionate policy response is typically understood to be a lack of ‘fit’ or balance between the costs of a public policy and the benefits that are derived from this policy, or between a policy’s ends and means. It is comprised of two core concepts: policy over- and underreaction. Overreactions impose costs without producing offsetting benefits, and underreactions provide net utility (i.e., the difference between benefits and costs) which is smaller than a counterfactual net utility. Most studies subscribe to the conventional understanding which views disproportionate policy response as a policy mistake or error.

In a recent conceptual turn which challenges the efficient goal attainment assumption, I have presented a radical idea: that under certain circumstances, disproportionate policy response may be intentionally designed, meticulously debated, implemented as planned and, at times, successful in achieving policy goals. Underlying this idea is a strategic perspective of policy over- and underreaction which views decision-makers as boundedly rational individuals who, in some contexts, may produce substantially rational outcomes, as Nobel Laureate Herbert Simon has argued. This may be the case, for example, when decisions involve high stakes, and when decision-makers are motivated to make the right choice.

Policy overreaction doctrine refers to a coherent set of policy principles which presents an ‘all or nothing’ policy commitment in the pursuit of a policy goal, no matter what the costs are. The idea is for policymakers to use the state’s power in a given policy area to cognitively and emotionally overwhelm the relevant target populations in pursuit of policy goals. A policy overreaction doctrine communicates to the target populations and the general public that, on this particular policy issue, effectiveness takes precedence over policy costs. A classic example is the successful decision made during the 2007-2008 financial crisis by the U.S. Federal Reserve, the Bank of England, and the European Central Bank to follow Bagehot’s (1873) doctrine that, in a crisis, the central bank should lend freely, at a high rate, and on good collateral.

During a crisis involving panic and public fears, assets value is difficult to ascertain for use as collateral; hence the overreaction which is built into this doctrine. Indeed, within a month of Lehman’s bankruptcy, Congress passed the Troubled Asset Relief Program, which allocated $700 billion to address the banking crisis. Once the banking sector and the economy had stabilised, calibration of the disproportionate policy response took place. Ultimately, the Dodd-Frank Wall Street Reform and Consumer Protection Act reduced the amount available to address the crisis to $475 billion.

Policy overreaction rhetoric, a subset of policy overreaction doctrine, refers to arguments that policymakers employ to reach and persuade the target populations of their ‘all or nothing’ commitment to achieve their policy goal, no matter what the costs are. This type of ‘crafted talk’ may be used by policymakers to shape the ‘policy mood’. It may also be used to communicate an implicit message that policy effectiveness takes precedence over costs. A classic example is Mario Draghi’s (2012) statement that “[w]ithin our mandate, the ECB is ready to do whatever it takes to preserve the euro. And believe me, it will be enough,” as well as his reassertion of this commitment in order to shield the Eurozone from the 2013 surge in U.S. Treasury yield. The successful choice here has been to formulate a broad, qualitative, and not well-specified statement which, at the same time, is overwhelming, unconditional and easily understandable by market participants and the public.

Policy underreaction doctrine refers to a coherent set of policy principles which presents a conditional commitment for achieving a policy goal based primarily on policy cost considerations. At the heart of a policy underreaction doctrine lie principles for the use of limited resources and restricted government force in order to achieve a policy goal. A policy underreaction doctrine communicates to target populations the implementation of a gradualist approach to the use of government power that leaves much room for compromise. A classic example is the UK government no-regret doctrine in its approach to climate change adaptation, which focuses on increasing the nation’s resilience to a range of possible futures. In the area of flood preparedness, for example, adaptation measures are not designed to perform optimally in any scenario of climate change because they are not tailor-made to address future climate variability and extremes. Indeed, policy underreaction has been evident as practices adopted have failed to deliver when projected climate change predictions regarding winter floods have materialized.

Policy underreaction rhetoric, a subset of policy underreaction doctrine, refers to arguments employed by policymakers to reach and persuade the target populations of the former’s conditional commitment to respond to a policy problem based primarily on policy cost considerations. Examples of such rhetorical positions include a wish to wait until more information regarding the policy problem emerges; a desire for a limited policy outcome in a particular policy domain; an emphasis that policy will not disadvantage certain actors and/or arrangements; or a goal of enacting policy measures that provide net social benefits under all future risk projections in response to a given policy problem. These arguments communicate to the target populations and the general public that, regarding the particular policy issue, policy costs take precedence over policy effectiveness.

How do we confidently detect design? To prove conclusively that disproportionate responses have been chosen by design, rather than being a product of error, scholars should aim at demonstrating that (i) policy options are perceived by policymakers to be disproportionate; (ii) policy instruments are calibrated in a way that is highly likely to produce disproportionate response; and (iii) that the decision to design such options is carefully thought out, developed and debated. The aim is therefore to gain firsthand knowledge and eyewitness accounts.

Note: the above draws on the author’s published work in Policy & Politics.

Moshe Maor is Professor of Political Science and Wolfson Family Chair Professor in Public Administration at the Hebrew University of Jerusalem. His full academic profile can be found here.

All articles posted on this blog give the views of the author(s), and not the position of LSE British Politics and Policy, nor of the London School of Economics and Political Science. Featured image: part of facade of the Bank of England on Threadneedle Street, by George Rex (CC BY-SA 2.0). 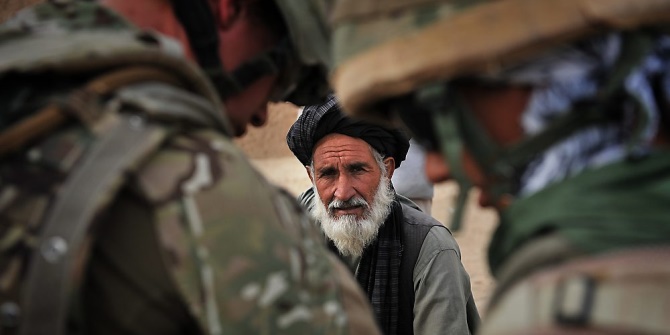 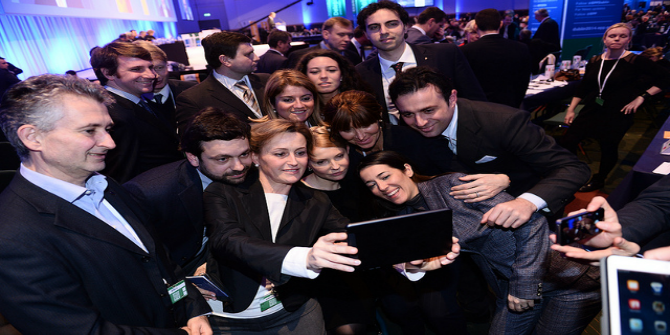