The programme for UK City of Culture (UKCoC) in Derry was launched at the end of October with the usual narrative of culturally led urban renewal. Dave O’Brien argues that while it is unlikely that Derry will replicate the economic success of previous UKCoC’s, it is possible that other less easily quantifiable gains will be accrued by the city.

The end of October saw the launch of the programme for UK City of Culture (UKCoC) in Derry. The highlights look especially interesting, including the Turner Prize, the London Symphony Orchestra and the Royal Ballet. In conjunction with the headline acts there will be an impressive range of artistic and cultural events that will endeavour to engage with the complex histories and experiences of the city. Indeed, the cultural programme sets a challenge for the city, to make good on the promise of experiences that ‘will stay with people for the rest of their lives, live on in their hearts and minds’.

Alongside the programme, the usual sorts of narratives that are associated with cultural events were also present at the launch, for example Martin McGuinness’ comments:

This is a fantastic opportunity for the city. People are becoming very excited. It’s an incredible opportunity which will bring new jobs and help transform the city.

The UK City of Culture will therefore follow the model of a yearlong cultural festival that aims to transform the host city’s economy and society. However, we should be cautious about the prospects for Derry repeating the experience of other cities that have tried this policy. The experience for Derry may, in actual fact, be to discover success comes in forms that are hard to capture through metrics like tourist spending, visitor numbers or media column inches and also moves beyond the aesthetic experiences associated with cultural consumption.

This is for two reasons: in the first instance there is good reason to doubt the extent to which the ‘Liverpool model’ that underpins much of the government’s documentation surrounding UK City of Culture could be replicated. Second the parts of Liverpool’s experience of hosting European Capital of Culture (ECoC) in 2008 that are most transferable are those that surround the catalytic effects on the narrative of a place and its governance structures.

In a recent article Tamsin Cox and I argue that Liverpool’s success, trumpeted in headline figures of £800 million of economic impact (or more accurately £753.8 million) was due to a series of highly specific circumstances. These included the comparative underdevelopment of Liverpool’s tourism and service economy, relative to both its cultural and sporting offer, as well as the influx of objective one European funding (over £1 billion over 12 years), major retail developments (again worth over £1 billion) and the beginning of the festival before the major impacts of the current financial crisis were really being felt.

Liverpool itself had built on the experiences of other European cities that had used cultural events for urban transformation, but it was almost unique in having the potential to maximise the opportunity presented by European Capital of Culture. Derry will, unfortunately, not have the same level of funding and, the excellence of the cultural programme notwithstanding, does not have the same sporting and cultural offer.

If it is unlikely that Derry will replicate the exceptional tourism figures and economic impacts of Liverpool, despite the aims of DCMS programme, then should we be pessimistic for the prospects of 2013? Research suggests not. Evidence from the AHRC funded Cultural Cities Research Network, as well as from Liverpool, shows the most significant impact, indeed the impact that may provide the basis for a model for future UK Cities of Culture, is on the relationships within local governance and the power of a transformative narrative taken up by both government, business, the arts sector as well as Derry-Londonderry’s citizens. As the final report from the Cultural Cities network comments:

The UKCoC competition acted as a powerful catalyst in galvanising cities to think more strategically about their cultural offer, identity and heritage…Connections between relevant communities of practice and interest are strengthened considerably.

Critiques of urban cultural policies point out how the inclusion of resident communities is always a complex issue and that the broader political context of both bidding and host cities plays a major role in shaping the take up of cultural policies like UK City of Culture.  However, the catalytic effect of a story of a changed place can act as a unifying narrative to bring civil society, bushiness and government institutions together in places that traditionally had lacked strong relationships between these sectors.

The evidence from much of the research into the Liverpool experience demonstrates that arts organisations worked more closely together and created an important relationship with the City Council to be part of the delivery of local public services. The benefit to Derry may well be found in the partnerships created and the cooperation engendered, rather than just the figures for visitor numbers and tourist spend, or indeed the cultural experiences that will certainly bring to life the sense of wonder and joy the 2013 programme aims to create.

Note: This article gives the views of the author, and not the position of the British Politics and Policy blog, nor of the London School of Economics.

Dave O’Brien is a Lecturer in Cultural Industries at City University London. His work on cultural value includes a recent secondment and report to the UK’s Department for Culture Media and Sport. His work on urban cultural policy can be found in his PhD from the University of Liverpool, which explored the governance of the European Capital of Culture programme and cultural policy in Liverpool and Newcastle Gateshead. He has published several papers on this topic and is currently developing a book on the subject. 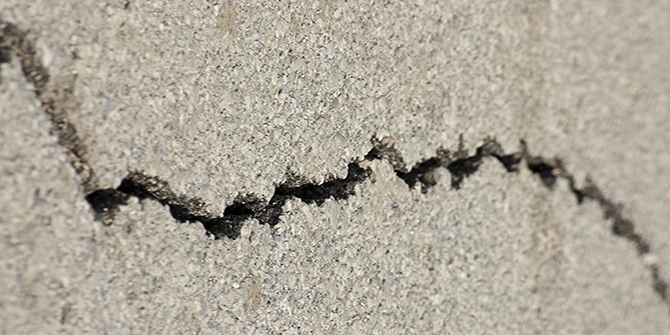 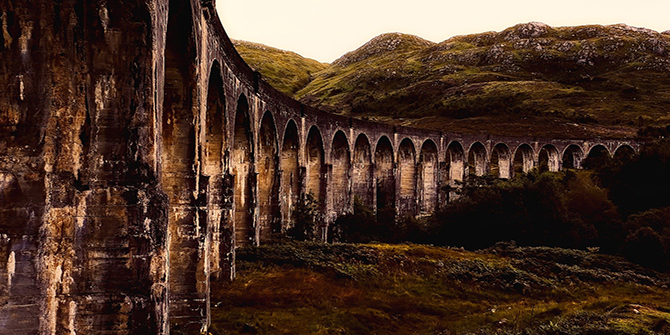