Sarah Quarmby takes a look inside a knowledge broker organisation, the Wales Centre for Public Policy, to see how its day-to-day workings tally with the body of knowledge about evidence use in policymaking.

In this way, we navigate the space between academic researchers and policymakers, who have long been thought of as separate communities. Nathan Caplan’s “Two-Communities” theory is still a useful tool for thinking about how to bridge the gap between academic research and policymaking. He suggests that the research and policymaking worlds operate according to such different value systems and timescales that it is as though they were speaking different languages. Policymakers face political pressures and public scrutiny, and are looking for timely, practical input into policy matters, whereas academics are more interested in longer-term, theory-driven research and are under pressure to publish in academic journals. Caplan pointed to the need for intermediaries who are sympathetic towards both cultures and can mediate to best effect.

Why it is important

Our work at the Centre puts into practice some of the latest research on encouraging evidence use in policymaking. A recent study from the Alliance for Useful Evidence looked at what can be done to put policymakers in a position where they are both able and motivated to make use of evidence, and identified six “mechanisms” to improve evidence uptake. Our approach focuses on four of these: fostering mutual understanding of evidence needs and policy questions, facilitating communication and access to evidence, facilitating interaction between decision-makers and researchers, and building the skillset required to engage with research.

Indeed, the way we operate is informed by a wide range of academic literature on policymaking. For example, we’re currently exploring alternative approaches to presenting evidence. Research suggests that policy-makers often respond to narratives and case studies which show how policies affect individuals’ every-day lives. Advocates of this line of thinking claim that evidence presented in this way is far more likely to be used. The problem with this approach is that it has implications for the need for academic neutrality and we don’t want to risk compromising the Centre’s impartial status.

Knowledge brokerage is a work in progress, but research suggests that it’s important that the early trial and error approach to facilitating the use of evidence in policymaking doesn’t turn into an unsuitable longer-term strategy. For this reason, we’re refining our ‘theory of change’, i.e. what we want to make happen, how we’re going to do it, and how we’re going to measure whether it’s been done. Further down the line this will allow us to assess whether we have been effective, and what approaches have worked better or worse than others. We know that our model works in our context and have a lot of examples from our work with the Welsh Government to support this. But the challenge is to systematise ways of working and collect clear examples of where and why we have been able to have ‘real-world’ impact.

Note: the above draws on a presentation that James Downe, Steve Martin, and Sarah Quarmby gave at the International Research Symposium on Public Management at the University of Edinburgh. 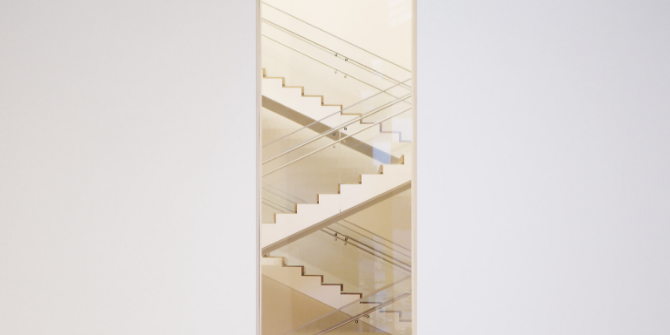 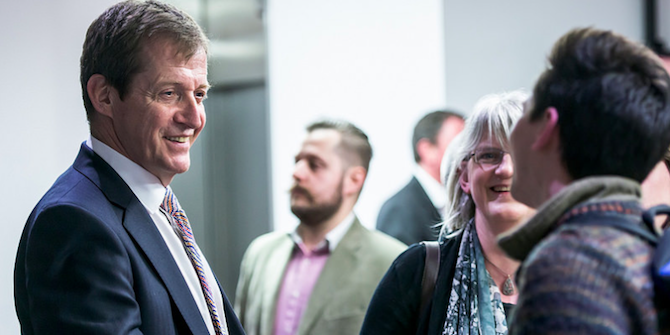