In December 2019, Boris Johnson gained a majority of 80 Tory MPs apparently united behind a strong Brexit strategy, and coming after many liberal ‘remainers’ had been forced out of Conservative ranks. Yet expectations of a re-unified party enjoying electoral dominance have both faded quickly in the COVID-19 crisis, with a Labour fightback coinciding with strongly renewed Tory factionalism. Françoise Boucek cautions that the Conservatives’ internal tensions now pose a similar threat to Johnson as to his predecessors.

The government was lucky to get its new lockdown measures adopted unscathed in the House of Commons in early November 2020. Johnson easily shook off a Conservative backbench rebellion thanks to support from Labour and other parties. A Tory insurgency of lockdown sceptics was never going to be decisive in defeating ministers’ proposals or amending the regulations – given the Conservatives’ 80-seat parliamentary majority and the rebels’ lack of an alternative strategy. Still, 34 Conservative MPs, including several party grandees and Brexit veterans, voted against the second lockdown.

The revolt by a new Conservative parliamentary group of anti-lockdown MPs feels like déjà vu. Many of these libertarian Conservatives are notorious Brexiteers who now seem remarkably uninterested in the final Brexit trade talks as the transition period ends next month. The most vocal MPs include Brexiteers such as former Conservative Leader Ian Duncan-Smith; the Chairman of the Conservative 1922 Committee, Sir Graham Brady; and Steven Baker MP, ex-Chairman of the pro-Brexit faction, the European Research Group. Baker was minister in the Department for Exiting the European Union under David Davis, until the latter resigned in July 2018 over the May government’s Brexit strategy.

Baker, a teller for the Noes in the Commons vote, was scathing about the government advisors’ doomsday forecast of ‘4,000 deaths a day’ at Johnson’s chaotically delayed press conference justifying the lockdown. Indeed, following much criticism, including by the UK Statistics Authority, England Chief Medical Officer Professor Chris Whitty and No 10 chief scientific adviser Sir Patrick Vallance were hauled before the House of Commons’ normally innocuous Science and Technology Committee where they admitted that their alarmist graph represented a worst-case-scenario that more recent data suggested was now unlikely to happen.

Even Tory MPs who supported the government and spoke during the debate criticised many aspects of the restrictions and warned ministers that they may not rely on their support in the future. The most pressing concerns included the bad economic impact of a second lockdown on business and employment and on peoples’ livelihood and mental health; the loss of individual liberties resulting from the ban on outdoor activities and religious services; and the government withholding the publication of the scientific data and impact assessment. Boris Johnson left the chamber as his predecessor Teresa May started to speak but, in the end, she abstained from the vote.

Conservative MPs from so-called ‘red wall’ seats in north England particularly fretted about the long-term economic impact of lockdown on their constituents. Many were elected for the first time in December 2019 in traditional Labour strongholds and left-behind regions thanks to Johnson’s promise to ‘get Brexit done’ and ‘level up’ the country to redress the sharp north-south divide. Expectation by some commentators that they would prove marginal in Tory internal politics have so far not been borne out. However, these northern working-class regions have the highest coronavirus infection rates in the country and were facing the costliest restrictions under the regional tier system introduced in October.

Meanwhile though, both ‘red wall’ newcomers and older Brexiteer mavericks like David Davis have joined the new Northern Reform Group, ominously reaching 54 members and labelled in a similar way to the European Reform Group of Tory MPs who caused such problems for David Cameron and Theresa May. This may be why the government eventually opted for a more equal national lockdown and selected Liverpool for a mass testing regime under the NHS Test and Trace Program. The advertising campaign even includes a video of Liverpool football team manager, Jürgen Klopp, urging people to take part.

Boris Johnson would be unwise to ignore dissident voices in his party. Thirty years of Conservative factional wars over Europe have already forced three Conservative prime ministers out of office, as I documented in my book Factional Politics: How Dominant Parties Implode or Stabilize. Even where a government apparently has a large majority, intra-party factionalism can become destabilising and dangerous if factions wield a veto. No government can survive continuously if it relies on opposition MPs to keep going.

By mid-October 2020, long before the current troubles, 42 Conservative MPs had already rebelled (and one resigned) against the government over some of the restrictions imposed by the regional 3-tier system, notably the 10pm curfew. Earlier, in May 2020, 61 Tory MPs also criticized the PM over his defence of Dominic Cummings. Many now accuse the Prime Minister of not giving earlier restrictions enough time to bed-in before introducing the national lockdown. The decision by the Chancellor Rishi Sunak to extend the furlough scheme for paying the wages of staff in shutdown enterprises has also created some backlash, over the policy’s costs. Some media commentators have taken it as a sign that ministers expect to have to reimpose near-lockdown restrictions after Christmas, if COVID-19 cases surge again at the height of the flu season.

So, Johnson may not be so lucky next time if he tries to extend lockdown beyond its planned finish on 2 December, or ministers have to come back with tougher restrictions again in January/February 2021. Without an effective track-and-trace system or a successful coronavirus vaccine, cyclical lockdowns risk becoming the ‘new normal’ and prompting more sustained Conservative rebellions. In a Daily Telegraph article, Conservative MP Chris Hope warned that up to 100 Conservative MPs could join the rebellion if the current national lockdown is extended. Tory MPs were even sharing a Twitter spoof of the Vallance-Whitty graph showing an exponentially rising curve in Conservative rebels. And opinion in the wider Conservative Party membership may also be increasingly more sceptical. In addition, ever addicted to a strategy of pulling the Conservatives to the right from outside, Nigel Farage has seized the moment to relaunch his Brexit Party as an anti-lockdown outfit called Reform UK, just as the public mood about lockdown is also starting to look more sceptical.

The irony is that Boris Johnston shares the libertarian attitudes underlying the sentiments of anti-lockdown MPs. It’s not too far-fetched to imagine that if he had been an ordinary backbench MP instead of the Prime Minister, he would have joined Conservative rebels and voted against a second lockdown. On the front bench after the Commons debate, he looked totally crestfallen and quickly abandoned Matt Hancock, the Secretary of State for Health and Social Care, to take the incoming flak from Conservative backbenchers.

In the Westminster system, the burden of sustaining party discipline ultimately falls on the leader. This requires good socialising and leadership skills to foster loyalty and keep the peace within the parliamentary party’s ranks. However, Johnson looks bunkered down in Number 10, locked tight with his unpopular advisor Dominic Cummings, and is often absent from the public view. He increasingly looks like a loner with no apparent interest in making the effort to maintain an esprit-de-corps among his troops. This may prove electorally costly in the future.

Françoise Boucek is Visiting Research Fellow in the School of Politics and International relations at Queen Mary University of London. She gained her PhD at LSE, and is a member of the Political Studies Association’s French Politics specialist group. 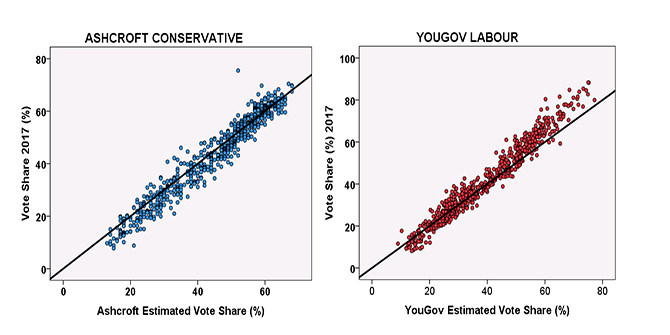