Has the introduction of greater choice and competition in healthcare in England led to improved outcomes for patients? Martin Gaynor, Carol Propper and Stephan Seiler assess changes in the quality of care that hospitals provided for cardiac surgery patients following the mid-2000s reforms.

A central plank of the Labour government’s NHS reforms in the 2000s was the introduction of patient choice. For the first time in NHS history, it was mandated that patients who were being referred for an elective treatment should have a say in the choice of hospital. Rather than relying entirely on their GPs, patients were now offered five hospitals from which to choose. At the same time, GPs were no longer tied to a particular hospital through selective contracting agreements and they could refer patients more easily to any available hospital in the country.

The intention of the reform was to make referrals more responsive to hospital quality. This in turn, the argument went, would increase hospitals’ incentives to improve quality. Although most economists subscribe to the idea that more choice generally constitutes an improvement, things are slightly more difficult with healthcare. Evaluating hospital quality is not a trivial task and patients might find it hard to pick the best hospital for a particular treatment.

Our research investigates whether referral patterns did become more responsive to quality after the introduction of the reform. As a first test, we analyse whether relatively better hospitals attracted a larger number of patients for one particular procedure: elective coronary artery bypass graft. We look at the relationship between hospitals’ quality – as measured by patient survival rates – and their ‘market shares’ for the periods before and after the choice reforms.

We find that market shares were not correlated with hospital quality before the reform, but there was a significant correlation with patient survival after the reform. This gives us a first piece of evidence suggesting that patients did indeed get allocated to relatively higher quality hospitals after the reform. The magnitude of the effect of quality on market shares is economically significant: post-reform, a one percentage point lower mortality rate led to the hospital attracting 20 more patients every year. This corresponds to about a 5% increase in market share.

In a second step, we explore patient behaviour at a more micro level: instead of analysing only aggregate shares of patients at each hospital, we analyse hospital choice individually for each patient. This allows us to incorporate the effect of the patient’s location relative to the hospital as well as to examine how reactions varied across different patient demographics.

At this level of analysis, we find that patients became more sensitive to the quality of service as measured by patient survival. But the effect differed substantially across patient groups. Our results show that patients who were more severely ill reacted more to the reform – that is, they were even more likely than the average patient to end up at a high quality hospital post-reform.

In other words, we see that the reform had the strongest effect for the group of patients that were presumably most in need of high quality treatment. Similarly, we find a stronger effect of the reform on patients who reported in a survey that they were informed about the choice reforms at the point of referral. 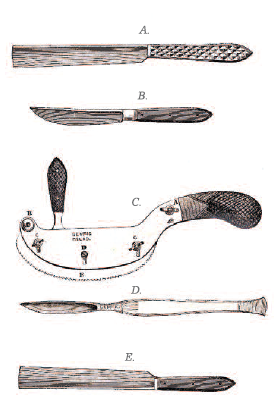 We also analyse whether poorer patients reacted differently to the reform. People who were sceptical about the reform were particularly concerned that only affluent and well-educated patients would be able to process the necessary information and make an educated choice. According to this logic, the reform would effectively lead to unequal access to healthcare as better off patients were able to access better care while the situation for poorer patients remained unchanged.

Our analysis shows that fortunately these concerns were unfounded. We find that poorer patients reacted no differently from other income groups to the introduction of choice.

The next step of our research is to evaluate the reform quantitatively. We go through the following thought experiment: we compare the actual choice of hospital for patients that were referred post-reform with the hypothetical choice the same set of patients would have made had referral patterns not changed in response to the reforms.

Because we know the sensitivity of referrals to quality pre- and post-reform, we can calculate the probability of visiting each hospital that was available to the patient under either level of responsiveness to quality. Artificially depriving patients of the benefits of the reform allows us to see to what extent patients would have ended up in lower quality hospitals in the absence of patient choice.

Using the hospitals’ patient survival rates (adjusted for differences in the severity of cases treated at each hospital), we find that nine fewer patients (relative to slightly over 300 deaths a year, so around 3%) would have survived every year had the reform not been implemented.

The drop in mortality post-reform was an important effect of the introduction of patient choice that was not emphasised very much by policy-makers. Even if the increased responsiveness of referrals to quality had not changed hospitals’ performance in any way, the reallocation of patients still led to better health outcomes. This was due to the fact that patients now visited on average a higher quality hospital from the existing distribution of quality across hospitals.

The hope behind the choice reforms was that the distribution of hospital quality would itself change in response to hospitals’ increased incentives to improve quality to attract patients. So did the reforms lead to a change in hospital quality?

To get a sense of the effect of the change in referrals on hospitals, we compute the change in patient admissions to each hospital if pre-reform patients had already been choosing their hospital according to post-reform referral patterns. This thought experiment – what would have happened had the reform been adopted earlier – gives a direct sense of how much pressure hospitals faced when the choice reforms kicked in.

In the final step of our research, we analyse whether there is any direct evidence of hospitals reacting to the change in referrals by increasing quality, as measured by a fall in mortality rates. We look at whether hospitals that faced the strongest pressure post-reform (as measured by the potential loss in admissions) saw a bigger decline in their mortality than other hospitals.

We find that this is indeed the case, which constitutes the last piece of evidence in our overall assessment of the reform. This result mirrors related work showing that areas with more competition experienced a larger increase in patient survival rates after the introduction of patient choice (here and here).

In summary, we find that by reallocating patients to better hospitals, the reforms saved nine lives each year for those having elective cardiac surgery. This is clearly a lower bound of the beneficial effect that might be expected from allowing choice, as we look only at the effect for one particular procedure.

Second, we find evidence suggesting that hospitals did improve their quality due to the reform. If this is mirrored elsewhere in hospitals, it will constitute an additional positive benefit for patients.

Finally, our findings add support to earlier evidence (here and here) indicating that the choice reforms led to falls in mortality in other treatments and shorter lengths of stay without increasing hospitals’ total costs. The new findings also corroborate research showing that more competitive environments lead to the adoption of better management practices, which, in turn, are associated with better hospital performance.

Carol Propper is at the University of Bristol and Imperial College London.

Stephan Seiler is an assistant professor of marketing at Stanford University’s Graduate School of Business and a research associate in CEP’s productivity and innovation programme.