In recent decades trade unions have undergone an apparent decline within OECD countries. Yet Elizabeth Cotton explains how the same period has also seen the rise of global union federations, which are the largest membership organisations in the world. Such GUFs are working to target the growth of temporary labour which is partly to blame for the precipitous decline in union membership in many national contexts.

A few months ago a global union federation, Industriall (one of the largest membership organizations in the world representing 50 million industrial workers) signed an international Temporary Work Charter with Volkswagen. The agreement commits Volkswagen to limit the use of temporary workers to a maximum of five per cent of the workforce, along with the principle of equal pay and access to training for contract and agency workers. For Corporate Social Responsibility (CSR) geeks this is very sexy indeed – a multinational company bucking the outsourcing trend and making it official by signing a global agreement with a trade union. So why did nobody hear about it?

One reason is that the CSR industry is having a bit of a break down. Since 2008, the CSR hoopla disappeared almost overnight. All those Davos press statements about multinational companies saving the world through selling smart phones to poor people got pulped and since then the CSR industry has had to go into a darkened room to lick its narcissistic wounds. No longer the purveyors of magic solutions, the question now facing CSR is whether its mechanisms, like the VW agreement, can deliver something for real people.

Another reason for the silence is that nobody has ever heard of the GUFs, a lesson in why branding should not be agreed by a bunch of blokes on a committee. These are the largest membership organisations in the whole world. Despite the very real decline in union membership in OECD countries these organisations have hoovered up union affiliates across the globe with the exception of China. They are genuinely multilateral organisations built on an often pragmatic idea of solidarity – the mutual benefits for working people to pool their resources and coordinate in the face of employers. GUFs are also those poor souls that get invited to all those UN meetings and lobby governments for regulation in favour of decent jobs. GUFs are driven and funded by the still powerful unions of Germany, Netherlands and Scandinavia, as well as politically powerful movements in countries like South Africa, Colombia and North America. Because of the direct relationship between declining union membership and outsourcing the GUFs carry out a huge range of activities and campaigns to secure basic standards for precarious or vulnerable workers. They rightly regard the growth of precarious work as one of the defining social justice issues we now face, along with climate change and the growing mental health crisis at work. When it comes to international attempts to regulate the practices of multinational companies they are literally the only show in town.

Having worked for GUFs for most of my working life there is not one romantic bone left in my body about unions as organizations. Regardless of how many committed and exceptional people work within them, they struggle like any organization in a global recession to keep it together. GUFs are in a real bind, in part because demand for what they do has gone up at precisely the time that their resources are going down. When national unions become weak in the face of an employer they move to getting help internationally and since nobody ever goes to a GUF with good news or offers of money they are what you could rudely call pin-head organisations, obviously punching above their weight.

As a result, these are highly defensive organisations, which don’t offer up much information about their work. They tend not to put much store in academic research and only collaborate with what we euphemistically call ‘labour friendly’ academics. This not only relegates keen labour researchers to data collection exile but also means that nobody writes about the GUFs. Their own memberships do not know who they are or what they are doing for them, making their position even weaker at those union finance meetings about subscription fees. This means that there is often a complete absence of realism in the writings about the GUFs, where it exists at all. This makes unions look unnecessarily delusional and also makes it very difficult to argue against the dominant “unions are dead” mantra, gruesomely popular in these post-Maggie days.

These are depressing times for trades unions, because we are facing a period of loss. However, its important not to get carried away with the sense of liquid fear that pervades unions in decline. The decline is not happening to the same degree at the same time everywhere, rather there are still opportunities for unions to secure real gains for working people. This might well mean moving from Marx to Freud, swapping one bearded bloke for another, and mourning the loss of a utopian dream of internationalism and decent work. However, such mourning would allow us to move beyond a position of denial and drop the stalled attempts at ‘renewal’, so as to work towards a more realistic goal of securing real gains for working people. This is a painful process for those of us who have invested so much in our unions, but it does then free us up to aim for a more achievable future. At a time when the magic solutions are running out unions need to play on their strengths, which include a pragmatic insistence that something is better than nothing and a realistic assessment of which unions can still deliver it.

You can read more about regulating agency work in Elizabeth’s chapter in an upcoming book Vulnerable Workers and Precarious Working, published by Cambridge Scholars publishing, in May 2013.

Elizabeth Cotton is a Senior Lecturer at Middlesex University Business School. She is Director of a not-for-profit The Resilience Space, providing online and face to face education for anyone interested in building their resilience. She writes a weekly blog and an eBook published by the LSE can be downloaded for free here. 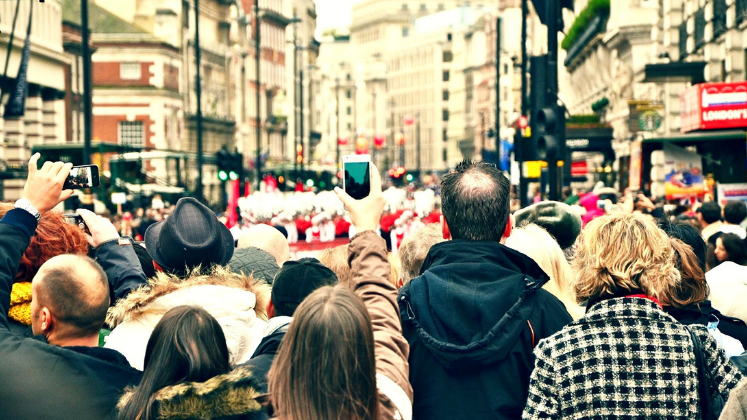