The Democratic Dashboard recently launched its data briefing on Gender and the 2016 Elections, looking at the prospects for gender balance in the upcoming Scottish, Welsh, Northern Irish and London elections. Here, Carl Cullinane summarises the report’s key findings. (You can download the briefing here, or get the data here.)

Gender representation in the UK’s elected bodies is one of the major issues the Democratic Dashboard has been examining and collecting data on since we launched last year. This year we launch a Data Briefing on Gender on the 2016 Elections, providing new research on the gender balance of the 2016 candidate lists, and the prospects for what this might mean in the final shakedown on May 5th.

Having collected data for the 2016 Scottish Parliament, Welsh Assembly, Northern Ireland Assembly and London Assembly elections, our analysis shows that there are have been rises across the board in the proportion of female candidates, including significant jumps of greater than ten percentage points in Northern Ireland and Scotland. However in many cases, this is compensating for previous decreases. Furthermore, these gains are likely to lead to more modest increases in the numbers of elected representatives on election night.

Table 1. Summary of female representation in the UK

Back in 2011, there were many concerned voices raised when the proportion of female candidates running in the Scottish, Welsh and Northern Irish devolved elections dropped significantly. In the early days of devolution, gender equality was one of its major good news stories. While improving the numbers of women in Westminster was proving a long and hard road, the new assemblies provided an opportunity for a fresh start when it came to female representation. The first London Assembly in 2000 comprised 48% women, and in 2003 the Welsh Assembly became the first national elected body in the world to achieve gender parity among its members. The Scottish Parliament saw close to 40% women in Holyrood in 2003. Northern Ireland proved the exception, despite the founding of the Women’s Coalition party in the run up to the Good Friday Agreement that led to the foundation of the Assembly at Stormont, with percentages stubbornly hovering in the mid to late teens.

However, after this initial progress, the years 2003 to 2007 saw a drop (or freeze) in the number of women elected in all four devolved bodies. 2011 was little better, bringing a further decrease in Wales with only minor recoveries elsewhere. This went against the long-term upward (albeit gradual) trend in Westminster. The 2016 Audit of Democracy earlier this year flagged up significant concerns at the stalling or falling rates of women in the UK’s devolved bodies.

2016, however, sees increases in the numbers of women running in all four elections. These increases range from a 4 percentage point increase in Wales (from 30% to 34%), to big jumps of over ten percentage points in Scotland and Northern Ireland. In London and Wales this is making up for previous drops. However Scotland and Northern Ireland see all time highs in terms of female representation among candidates. In Northern Ireland, this is particularly significant, with an increase from 17% in 2011 to 27.5% this year, substantially higher than the historical rate of female candidates, which had previously been stagnant. In fact, there are double the number of women running in 2016 as 2011, 76 compared to 38.

While the Northern Ireland Assembly has long had the worst record for female representation in the UK, the 2016 candidate figure is now actually greater than the 26% of 2015 Westminster candidates who were female.

Gender and the Parties

What is driving this increase? The picture is not straightforward. There is substantial variation in representation between the UK’s political parties. A significant proportion of the increases are being driven by smaller parties, such as the Greens who are consistently highly gender balanced in all four elections, RISE and Solidarity in Scotland, and of course the recently formed Women’s Equality Party, who are running candidates in Scotland, Wales and London.

Nonetheless, in Scotland, where three out of the main four party leaders are female (four out of six, including the Scottish Greens co-leadership), the Labour Party has more women than men running for Holyrood for the first time. Perhaps more notably, the gender gap among SNP candidates has gone from around 50% in 2011 down to under 15%. With the SNP well-placed to pick up a huge proportion of seats, this is a significant development.

Furthermore, Northern Ireland sees almost across the board increases in female candidates, both large parties and small, with the biggest increases in Sinn Féin, the SDLP, Ulster Unionist Party and the Greens. The impact of these changes in multi-member constituencies where parties run several candidates will be a particularly interesting feature of election night.

In both London and Wales, highly gender balanced Labour, Lib Dem and Green parties are offset by male-dominated Conservatives, UKIP, and in the case of London, Respect. In London, Labour, Lib Dems and the Greens are all running more women than men (along with the Women’s Equality Party). In Wales, contrasting with the SNP’s large increases, Plaid Cymru lags behind somewhat.

What is all this likely to mean after May 5th? Predicting STV and AMS elections is a difficult business, as both electoral systems are sensitive to small changes in vote shares. Nonetheless, using available detailed forecasts from ElectionForecast.scot and UKElect.co.uk, along with extrapolation of previous party trends in the case of Northern Ireland, it seems likely that any increases in the numbers of women elected to the various bodies will be more modest than the increases in candidates.

This is a consequence of disproportionate increases in the numbers of women in small parties unlikely to win seats, as mentioned above, alongside the vagaries of the regional list systems in Scotland, Wales and London. A similar issue is faced in Westminster elections, where women tend to be selected for seats less ‘winnable’ than their male counterparts. This is a more difficult phenomenon to measure for these elections, particularly in the context of the complex series of possibilities thrown up by the D’hondt method in combination with constituency first past the post seats in Scotland, Wales and London.

As Figure 5 shows, in the case of Scotland, Wales and London, any increases are likely to merely be compensating for recent falls in female representation,although it is certainly to be welcomed that the trend is now a positive one. In Northern Ireland however, with historically the lowest rate of both female candidates and representatives, there is an opportunity for a step-change in gender balance in 2016. This would be a welcome and long-awaited development.

The upward trend in female representation among candidates for the four devolved bodies is certainly a positive one, with increased numbers of female party leaders and a variety of parties in the various elections achieving full or close to full gender parity. Nonetheless, variation between parties is substantial, with some lagging significantly behind.

Furthermore, mere candidate selection is not enough. A combination of this imbalance between parties, alongside the subtleties of party prioritisation in the constituency and regional list systems means that we are unlikely to see a return to the high points of the early 2000’s quite yet. But 2016 is nonetheless likely to be seen as a notable step in the right direction for the female political representation across the UK, which, as recent years have shown, is far from a given.

This post originally appeared on the Democratic Dashboard blog. 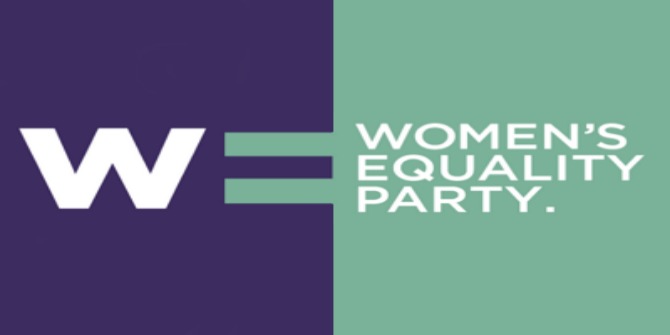