Last weekend, rumors were once again abound of plots to remove David Cameron as leader. Ben Worthy assesses the Prime Minister’s position in light of the latest threat, and writes that although it appears probable he will survive attempts to topple him in the short-term, the plots, rumours and rebellion will continue.

The UK’s EU referendum has turned into a series of threats against Cameron himself. The weekend was dominated by swirling rumours about Conservative MPs plotting to remove their leader with talk of plots of 50 MPs, (metaphorical) ‘stabbing in the front’ and letters to the 1922 committee. This isn’t the first time Cameron has faced challenges to his position. So how safe is he now?

The rules for triggering an election for a Conservative party leader are clear. To ‘secure a confidence vote, 15% of Conservative Members of Parliament (“in receipt of the Conservative Whip”) must submit a request for such a vote, in writing, to the Chairman of the 1922 Committee’. This means 50 MPs need to sign a letter. There are 330 Conservative whipped MPs in the House of Commons. It is estimated that around 110 are definitely Brexit versus 128 MPs for Remain with the rest unknown. There are likely enough unhappy MPs to get 50 signatures on a letter.

How these numbers may translate into a leadership election is less clear. Being pro-Brexit may not automatically mean hostility to Cameron or wish for a disruptive change. In terms of the outcome ‘if the incumbent Leader wins the support of a simple majority in any such vote, they would remain Leader and no further vote could be called for a period of twelve months from the date of the ballot (Rule 6). However ‘if the Leader were to lose such a vote (again, on a simple majority basis) they must resign, and they may not stand in the leadership election which is then triggered (Rule 7)’. Winning needs a simple majority but it isn’t just about winning – the symbolism of having to face a leadership election is damaging enough. A Prime Minister under threat needs, of course, to win big.

So what hope can Cameron draw from the past for his future? How did his predecessors go? There is, of course, infinite variety in how Prime Ministers depart historically, though assassination is rare (only Spencer Percival in 1812) and ill health or fear of it a little less so (see Henry Campbell-Bannerman in 1908 and Harold Macmillan in 1963).  This table below maps out how Cameron’s 7 predecessors departed, beginning with Edward Heath, who was Prime Minister around the time political parties began to exhibit their modern rebelliousness.

Looking across the last 7 Prime Ministers, 4 lost elections and 3 resigned or stepped down. So it seems elections are the most normal way to go. However, the 3 resignations are a little misleading. Thatcher resigned having won, but not wonoutright by the rules, in the first round of a leadership election in 1990. Tony Blair left office following party pressure and an abortive coup. Only Harold Wilson truly left at time of his own choosing, with his shock decision to step down in 1976 (having, incidentally just fought and won an EU referendum that fractured his party).

Moreover, all the recent leaders in the table, however they ultimately went, had their authority eroded by their own parties. Thatcher, Major (especially), Blair and Brown were all undermined by rebellion, abortive coups and plots. Part of the reason we face an EU referendum is because Cameron has led the most rebellious Parliament yet and Eurosceptic Conservatives ‘made’ him do it.

If Cameron reflects on the fate of the last two Conservative Prime Ministers the picture looks even bleaker. Both leaders faced leadership contests while in office (worst of all for Cameron both elections were also, at least partially, triggered by Europe). Margaret Thatcher, the triple election winner, was severely damaged by a ‘stalking horse’ contest in 1989 then forced to step down in a fatal repeat leadership election 12 months later. In 1995 John Major too faced an election against John Redwood and, though he won it, the issue of Europe, and the deep division it caused, continued to erode what was left of his authority.

The lesson is that, win or lose, for a Prime Minister a leadership election is ultimately fatal. A leader can survive but any victory is short-lived: they may face another (Thatcher) or simply have fuelled the unhappiness and discord (Major). Cameron’s famous warning to his party not to ‘bang on’ about Europe wasn’t just good electoral politics. It was a pre-emptive act of self-preservation.

So is he safe? It appears probable Cameron will survive any attempt to topple him in the short-term in 2016. But he’s likely to face an increasingly fractious and unhappy party and the plots, rumours and rebellion will continue. So all bets are off for another go in 2017. Whatever the outcome, any attempted or actual confidence vote in the days, weeks or months after the referendum will be the beginning of the end for Cameron. 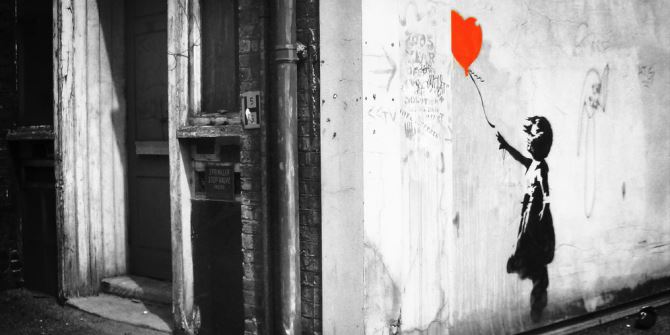