Mirko Draca argues that the government’s policy on lobbying does not go far enough. The reporting of financial information is vital for maximizing the effectiveness of any lobbying register and omitting in-house lobbyists could reduce the information the register could provide anyway. The government also needs to deal with practical issues concerning how data is provided to the public.

Repeated scandals about the role of money and lobbying in UK politics have compelled the government to introduce an official Statutory Register of Lobbyists. The government has described the basic features of its proposed register in the Cabinet Office Consultation Paper “Introducing a Statutory Register of Lobbyists”, released in January 2012. Prime Minister Cameron is fond of quoting the line that ‘sunlight is the best disinfectant’ when it comes to political transparency and regulation but there are a number of areas where the proposed register leaves important parts of the lobbying process in the shadows.

Specifically, these issues relate to (1) the financial reporting of lobbying (2) the inclusion of in-house lobbyists and other ‘non-consultant’ lobbyists in the register, and (3) practical issues with the public reporting of the register data.

My comments are based on my experience working with data reported as part of the 1995 US Lobbying Disclosure Act (LDA). I have been working with this data since 2009, with some of the research reported in the paper ‘Revolving Door Lobbyists’ authored with Jordi Blanes i Vidal and Christian Fons-Rosen. In it, we measure the value of political connections to Washington lobbyists where connections are defined in terms of a past employment relationship with a Congressional politician. Our main finding was that a political connection to a Senator or senior House politician was worth approximately 24 per cent of lobbyist revenue which equals $177,000 for a typical staffer-turned lobbyist.

However, the type of research my co-authors and I conducted for the US would not be feasible under the current proposed structure of the UK lobbying register. While it is too early to accurately quantify the benefits of political transparency there is a clear argument that these benefits are potentially large and there is certainly a strong public demand for more information on money in UK politics.

The government’s proposed framework stops short of requiring the reporting of financial information on how much a lobbyist is paid to represent a particular interest. In contrast, data available as part of the US LDA reports the basic details of the client being served by a lobbying firm for a given lobbying contract or engagement; the names of the lobbyists working on the contract/engagement, and the total amount paid for the service.

Finally, the government’s consultation document raises concerns about the potential burden of reporting financial information. However, it does not put forward any evidence that the US model of financial reporting has imposed significant burdens on registrants. The government therefore needs to put forward more detail on why it has arrived at this ‘minimal’ position on financial reporting. There is a public demand for scrutiny of payments designed to get access to the political process and this demand can only be met with the reporting of financial information within the proposed register.

Inclusion of In-House and other Non-Consultant Lobbyists.

The proposed government framework leans more closely to the Australian model for the reporting of in-house lobbying activities than to the US model. The main argument put forward here is that there are difficulties in applying the US model, which defines lobbyists as anyone whose activity takes up more than 20 per cent of their working time over a three month period.

The government’s consultation document also raises issues regarding the reporting requirements for non-government organisations such as charities, think tanks and trade unions. Again, these types of groups also report their lobbying activities in the US model when employees in these organisations cross the 20 per cent threshold for time spent on lobbying activity. These groups should also be required to report under a UK register. In particular, debates over potential exemptions for non-government organisations should not be used as an excuse to drop the coverage of in-house activities in the lobbying register.

Finally, the mundane issue of how the lobbying data is reported and provided to the public has to be addressed. There have been recent cases in the US and the UK where public agencies have disclosed data in impractical formats, for example, individual PDF documents rather than electronic databases. This seems to be a step designed to avoid easy scrutiny of data. The government should explicitly avoid such strategies and commit to provide lobbying register information in an electronic format as well as providing scans of original forms (that is, if it chooses to adopt a hard copy approach to reporting).

In any case, advances in technology mean that it is straightforward for researchers, the media and others to compile PDF information into electronic databases. If the government adopts such a PDF reporting strategy it will not work for long as a barrier to access and it will be a clear sign of bad faith in its commitment to transparency. 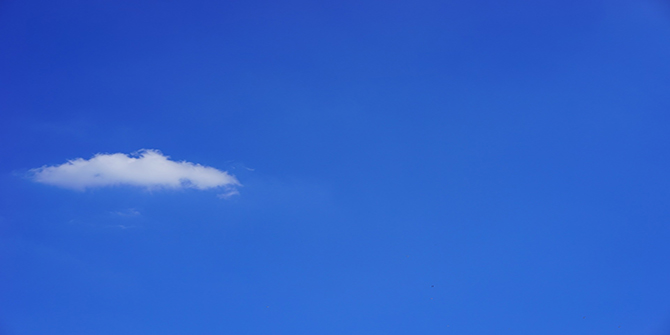