There is a housing crisis in England, writ large in London, and it is a crisis of supply. Paul Cheshire points out that, contrary to popular perception, there is plenty of space to build new houses, and argues that we need to reform the regulation that is forcing land to be rationed and cities to be strangled by greenbelts.

What a strange place the UK is – when the most important thing Britons spend money on becomes even less affordable, it’s received as good news. Because that is what “confidence returns to the housing market” really means. Young people will have to wait even longer to get any house at all, never mind a decent house with a bit of garden. Yet further house price inflation is always sold as good economic news. When it comes to houses and planning this is just one manifestation of the disconnect between reality and perception.

From one point of view – old people like me who have paid off our mortgages – rising house prices may seem good news, although I could only profit from the extortionate capital gains I have “earned” over 40 years by moving somewhere else (I don’t want to). Relative to other prices, house prices have gone up five-fold since 1955. In less than 20 years the price of houses has doubled relative to incomes; since 1997 lower quartile house prices have increased 80% relative to lower quartile earnings – even despite the crash of 2007-09.

There is a housing crisis in England, writ large in London, and it is a crisis of supply. On average over the past four years fewer market houses have been built than at any time since World War II – even as far back as the Edwardian era of 1910. It is not that there is not the space. Contrary to popular perception (a survey by economist Kate Barker for her 2006 report on land use planning showed that most people think 50% of England is built over) less than 10% of England is developed. And of what is developed much less than half is “covered by concrete”. Parks and gardens cover more land than houses in towns and cities. Yet land is rationed and cities strangled with greenbelts.

Planners (and newspapers) assume demand for housing is driven by the numbers of households, but analysis shows that this has surprisingly little impact on demand. What has really increased the demand for houses is rising incomes: as people get richer, they try to buy more space and bigger gardens – the supply of which is exactly what greenbelts restrict.

As proposed by the original visionaries of town planning – most notably Ebenezer Howard – greenbelts would be an extensive ring of parkland surrounding towns in which citizens could walk their dogs, stroll with their children and exchange civilised gossip in the shade of handsome trees. What they have turned into is a combination of sacred cow and juggernaut: unstoppable in the damage they do to the housing market and beyond criticism in the popular media. They cover half again as much land as all towns and cities put together – about 15% of the surface of England – and have become a peculiarly English form of exclusionary zoning to keep unwashed urbanites corralled in their cities.

Of course parts of the greenbelts are real environmental and amenity treasures, such as the beautiful bits of rolling Hertfordshire, the Chilterns or the North Downs. Or rather, the beautiful bits to which there is public access. Such areas really need to be preserved against development. But almost all greenbelt land is privately owned, so the only access is if there are viable public rights of way.

Most privately owned Greenbelt land, however, is intensively farmed with limited rights of access and has no amenity value at all. Recent studies have shown that its value is captured only by those who own houses within it, and that intensively farmed land has a negative environmental value. Apart from its value for producing food (and much greater value for dodging inheritance tax) the UK National Ecosystem Assessment in 2011 found that intensively farmed land generates more environmental costs than benefits. Yet whenever there is some public debate about reforming the planning system or building a few desperately needed houses on Greenbelt land, the bits we see on TV belong in some romanticised English Tourist Board poster. They are not representative of the reality of most greenbelt land.

So rather than building on school playing fields (can’t be done in my borough – they’ve all been built on already) or brownfield land such as on the Hoo Peninsula, where the largest concentration of Nightingales in the British Isles survive, there should be selective building on the least attractive and lowest amenity parts of greenbelts. Not only are they close to cities where people want to live but only a tiny fraction of their vast extent would solve the crisis of housing, housing land and housing affordability for generations to come.

Paul Cheshire is a researcher at the Spatial Economics Research Centre, London School of Economics. 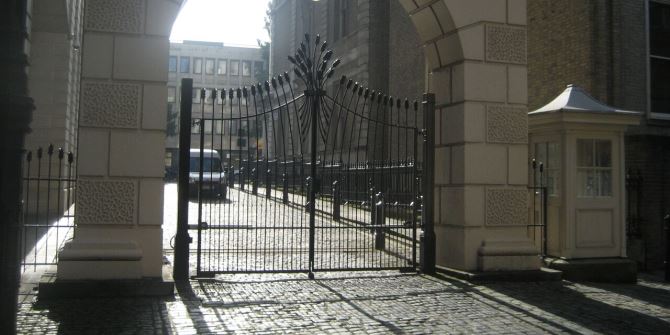