What difference would reducing or eliminating the appointed number of members in the House of Lords have? They play a vital part in the upper House’s scrutiny function. Baroness Frances D’Souza examines the arguments in favour of keeping elections out of the House of Lords.

The Government’s White Paper and draft bill has proposed an 80 per cent elected and 20 per cent appointed House, and perhaps the cross benchers should be grateful that they are being allowed to remain as appointed members, albeit much reduced in number. Some have argued – many of them cross benchers – in favour of a hybrid House believing it would bring a freshness to the House and at the same time satisfy the public. The latter may well be true – although there is no clear evidence that this matter is at the top of the public agenda.

Let us consider how a 20 per cent appointed element might be perceived by the remaining 80 per cent elected members. Possibly as a relatively unimportant rump that would in time (and probably sooner rather than later) disappear. Let us further suppose that in a politically balanced House of approximately 300 members, the appointees of say 60 members managed to determine the outcome of important votes. If the Government of the day was regularly defeated by this means, would it die in a ditch to retain the appointed element? I think not. At the same time it would be difficult to hold to the argument about the necessity of an appointed element of experts unless this group was able to distinguish itself by upholding principles and at times arguing against the consensus on the basis of technical and/or scientific knowledge. But by distinguishing itself the appointees run the risk of being perceived as troublesome and, for that reason alone, dispensable.

I cannot be persuaded that once elections start that they will ever be contained.  All members will be elected, as will all post holders, perhaps even the senior administrative staff.  Does it matter?  To my mind it does.  Elections are equated with democracy and democracy with elections, it was ever thus. But democracy is both more and less than elections, it is essentially a process. The concern is that once you have elections then the vital supporting institutions of democracy will receive less attention. How many countries are there that proclaim democracy because they have parliamentary elections but meanwhile rig elections, censor the press, harass the judiciary and detain activists without charge?  What are the ‘institutions’ that will entrench democracy in the House of Lords?  If we wish to maintain a second chamber different from the House of Commons, where should the constraints lie? Who or what will ensure that draft legislation is scrutinised and amended for the public good and not to ensure adherence to party policies? At present this balance is achieved by relatively light whipping in the House of Lords as compared to the Commons, by the absence of a guillotine, by the strong influence from external specialist organisations, by the presence of world class experts on the stuff of a given bill and, perhaps one can add in most cases, by a lifetime of experience in the professional, business, diplomatic or academic world. Can this bulwark against party politics be maintained under a fully or partially elected system? It is unlikely.

The new democracy of an elected Lords could, if enacted, be the downfall of any genuine holding of the Government to account. This seems rather a high price to pay in order to achieve the image, rather than the reality, of democracy.  Finally to end this part of the diatribe – if indeed the Government and aficionados of a wholly elected House believe it to be the only democratic solution then why allow a 20 per cent unelected element at all? Does this not wholly undermine the principle that presumably underlies the proposed reform bill?

Nevertheless the Government White Paper and draft bill is a document we should take seriously – it is after all signed by the Prime Minister and the Deputy Prime Minister. That said, a number of contradictions and gaps in the text of both the White Paper and the draft bill will need forensic scrutiny. I would like here to focus on just one aspect – the premise that elections are necessary because of the perceived democratic deficit in the House.

It is widely accepted within the House of Lords that the major function is to revise and scrutinise legislation. The issue therefore has to be; what can be done that would enhance this important function and make it more effective? The answer that the White Paper and draft bill appears to offer is – elections.

Let me recap – we have our main function (scrutiny) and we have what should be the main purpose of the proposed bill (enhanced effectiveness) and we are now adding to the mix the democratic element. So the next question is: are elections the only way in which to achieve a democratic element to address what the Government apparently sees as a democratic deficit? My response to both these questions is that I do not believe that there is a democratic deficit or that elections are the only form of democracy.

This needs justifying. How do the Lords reflect the wishes, needs or rights of the wider public and how can they do it better? And how does the public influence the work that this chamber undertakes? Paragraph 216 of the Report of the Leader’s Group on Working Practices is on this point worth paraphrasing:

“the diversity and range of interests of Members of the House of Lords, as well as their active involvement in the world beyond Parliament, mean that for many outside organisations and groups it is easier to establish relationships with Members of this House than with MPs. Such relationships complement those between MPs and constituents.”

This I feel accurately reflects the huge outreach that the House of Lords has on a daily basis with hundreds of special interest groups. Furthermore much of the wisdom that is brought to bear on legislation in the upper house is minutely informed by these specialist groups. It could, I think, be fairly argued that there is already a democratic procedure whereby the wider public can and does lobby members of the House and does succeed in improving legislation to meet the needs of that public on an almost daily basis.  This is not to be sniffed at!

The upper house (and one can never tire of repeating this mantra) is different from the House of Commons in almost every respect, but this difference stems from its function. You cannot make it similar to the lower house and continue to believe or hope that its functions will somehow be improved. They won’t, they will be undermined, and so severely that the growing belief that this bill is about abolishing the House of Lords gains more credence every day.

In the last few month reforms to many of the institutions in this country that the public hold dear, including voting mechanisms, public bodies, education and the NHS, have gone before the House of Lords which has in many cases upheld the concerns, and even the wishes of the public. What comes to mind is Clause 11 and Schedule 7 of the Public Bodies Bill, which sought to abolish the forestry commission, the Chief Coroner and associated offices amongst other organisations.  It was the Lords that took the public concern on board and acted upon it. I do not think you can argue that the House is undemocratic when it so clearly acts in the public interest.

I have said little about genuine reforms that would make for a more effective House of Lords. I wish to make it abundantly clear that there is ample room for reform on matters such as retirement, appointment procedures, increasing pre- and post- legislative scrutiny and cross-cutting select committees but elections are the one thing that the House really does not need. 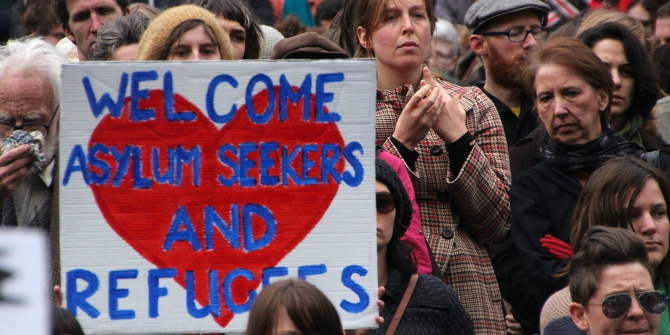 The lack of collective will in Europe regarding refugees is indefensible