Rupert Read argues that being concerned about the environment is consistent with both socialism and conservatism. True conservatism is not adherent to capitalism and associated with the wealthy elite, despite what it may seem today. It might therefore have something to offer in stopping neoliberalism’s destruction of all that we hold dear.

I recently debated with Roger Scruton at the LSE on this question (you can listen to the podcast here). This short article examines a couple of my main conclusions and from my own ongoing work in this area. My aim is to show how ecologism is the true heir of both socialism and conservatism, properly understood. A ‘socialism’ based in local and historical traditions; in the land, in resistance – a genuinely egalitarian socialism learning from Karl Polanyi and Andre Gorz more in the final analysis than from Karl Marx (let alone from John Rawls), and owing much in the present day in this country to Simon Fairlie and Maurice Glasman. And a ‘conservatism’ that is actually serious about conserving our ecosystems – a conservatism owing much in the present day to John Gray and Roger Scruton, as well as to ‘radical conservative’ thinkers such as Gandhi and Ivan Illich.

During the debate I specifically tried to show how ecologism stands radically opposed to what is in fact the dominant ideology of our time, neoliberalism (an ideology held to by the vast majority of MPs in Parliament, for instance). Neoliberalism, as ground-broken for by Hayek, is a profoundly anti-conservative doctrine. It has a grand plan; it is ‘laisser-faire’ as planned, as the Polanyi brothers famously argued.

What Gray in particular has convinced me (and also Burke has convinced me) of is the strength of the conservative resistance to the project of ‘theory’ in political philosophy. (As a Wittgensteinian, it wasn’t that hard to convince me of this…) I think it is a real strength of Gray, and to some extent of Scruton, and certainly of Oakeshott and Burke, that they do not, unlike neoliberals / libertarians / Hayekians, and unlike most socialists, have an overarching theory of justice, an ideology in the strong sense of that word, guiding them.  In other words, what I am more and more impressed by in conservatism as a philosophy/ideology is its scepticism as to ‘theory’, its emphasis on what can actually be done without relying on fantasies of perfect institutions.

In this way, I think that g/Greens should be thinking more about getting, in this sense, genuine inspiration from the ‘Right’. It is not just a matter of seeking to communicate better that we are about conserving things etc. It is not just a matter in other words of framing an appeal to values and policies that are essentially Left in a manner that can nevertheless appeal to right-leaning voters. I now see that the point cuts deeper. We (greens) are about conserving things, because, like conservatives, we don’t think that things should be just torn up on the whim of some probably – mostly-pretty-horrific idea about ‘progress’. Thus I think we can and should actually now take seriously the idea of being not Left not Right but out in front. Forward to local and international ecologism…

Conservatism at its best is about civic – private and public – virtue. And so are we. The problem is that the good intentions of the Scrutons and John Grays of this world are vitiated by their reliance on capitalism. And this point I think emerged clearly on the night of my debate with Roger Scruton. Real conservatism would be in many ways a wonderful thing. To actually seek to conserve things! To have some sense of the sacredness of life, of us, of the world (some openness to religion and spirituality, and not just a tepid secularism or a militant scientistic atheism). To abandon utopian dreams of hubristically reshaping the world, dreams such as are present in liberalism, libertarianism, techno-utopian and capitalist apologetics. The lacuna at the heart of most actually-existing conservatism is its veneration of capitalism, which is utterly incompatible with genuine conservatism. This is why I am keen on Glasman: his genius is to see the need for a conservative, engaged strand in socialism, that resists commodification strenuously and profoundly. This is why he leans so heavily, rightly, on Karl Polanyi (and on Alasdair MacIntyre).

So g/Greens should be ecosocialists or ecoanarchists but we also conservatives of a kind, too! True conservatism is rigorously opposed to Rawlsianism, libertarianism, Hayekianism, neoliberalism, which are all fantasies of perfection and involve a kind of dubious anti-planning plan, as laid bare by Polanyi in The Great Transformation. By contrast, the best of socialism and a big strand in g/Green thought then look conservative, and all the better for it. The challenge, as I said at the end of the LSE debate, is to separate the conservatism of the 99% from the conservatism of the 1%. What is needed is a conservatism that is no longer a foil for protecting powerful interests (tax havens, low taxation on wealth etc.); a conservatism that is open to the socialist imperative of believing that we are equal (and thus that is in favour of debt-jubilees, in favour of moving in the direction of a far closer tie for most people to the land, in favour of mutuality, commons and localised genuinely democratic decision-making).

Such an utterly-transformed conservatism that is socialistic, egalitarian (which unfortunately Scruton is utterly opposed to), an ecologism, may be the ideology desperately needed for and by our time. I am not just ‘reaching out to’ the likes of Roger Scruton for the sake of it. I have come to be impressed by conservatism’s resistance to utopian (= world-destroying) plans. Such resistance is one of the main things that is needed at this time, I think, as Polanyi argued. But obviously I am seeking to be creative here. I think that Illich and Gandhi are radical conservatives (and I think Wittgenstein was, too). I am seeking to combine egalitarianism, socialism, conservatism, ecologism. This attempt is probably completely crazy! but, if it can be done, it could be just what is needed at this time. And we need something radical at this time if we are to have any chance.

Now, the key thing that has been wrong with conservatism, is its attempt to maintain the power and wealth of the rich. It seems outrageous then to defend conservatism in the slightest, given the deep wrongs that have been committed in its name and that continue to be (though we should recall the appalling wrongs done in socialism’s name, too, if we are playing that game). But this is because conservatism is figural for us; whereas liberalism is the ground. If we managed only to see liberalism as figural, if we managed to see it clearly, rather than swimming in it, breathing it, eatsleepdrinking it, we would see how it is way past its sellby date. We would no longer see it as an ideology or philosophy that has anything distinctive to offer us. It is destroying us and yet it is so hard to stop it because liberalism still feels like common sense.

The thought that conservatism might have something to offer in stopping liberalism’s destruction of all that we hold dear seems counter-intuitive. But this is only because (1) conservatism has been so tarnished by its association with privilege, with dreadful completely un-conservative organisations such as the contemporary Conservative Party, and latterly with neoliberalism, and (2) liberals by contrast come over as nice people (that nice Mr. Rawls for example) when actually they are just dishonest conservatives (they wish to preserve their own class privilege), and (3) we have yet to outgrow liberalism; it is hegemonic, and so is so much harder to overthrow or to think beyond; we are about 200-300 years out of date (a common fate for humankind, but, sadly, not one that is compatible with human survival, let alone flourishing, at this point in history…).

So, there are profound differences between ecologism, the ideology of g/Greens, and conservatism, differences – superiorities of ecologism over conservatism – that I have gestured at above, and that I pushed home in the course of my debate with Scruton. But there are also real points of meeting between the two. We need to learn from those too, before it is too late.

Dr Rupert Read is Reader in Philosophy at the University of East Anglia and was until recently a Green Party Councillor in Norwich. His books include Kuhn (Polity, 2002), Philosophy for Life (Continuum, 2007), There is no such thing as a social science (Ashgate, 2008) and Wittgenstein among the sciences (Ashgate, 2012). He is now working on a book critiquing the political philosophy of liberalism. He blogs at http://liberalconspiracy.org/author/rupertr/ , www.rupertsread.blogspot.com , and at http://blog.talkingphilosophy.com/?author=26 . Or go to www.rupertread.net. Read is also Chair of www.greenhousethinktank.org 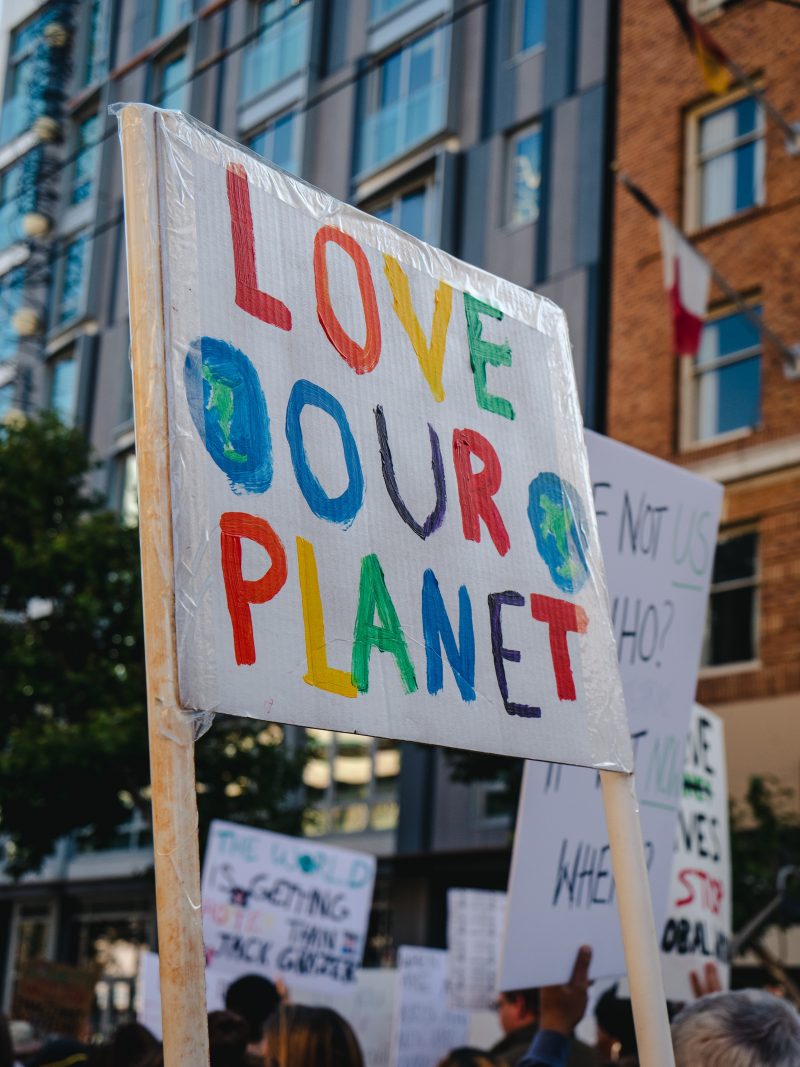 Why does public attention to the environment change so much over time?