Recently, it has been shown that the average Briton exercises far less than is recommended and that obesity is on the rise. Grace Lordan quantifies some of the costs of obesity and some of the obstacles that stand in the way of exercise. Importantly, many overweight individuals do not even recognise that they are overweight, and so perhaps a first step is to begin telling people that they need to lose weight, either through their GP, a national campaign of information or by providing the right kind of incentives to individuals.

This week the National Obesity Forum has highlighted that without action by 2050 60% of men, 50% of women and 25% of children will be obese. This has caused them to call for an anti-obesity campaign that is similar to the anti-smoking campaign. In this regard, we may expect to see advertisements that highlight the side effects of obesity in a hard-hitting way, bans on junk food being sold in certain venues and help being given to those who want to ‘quit being obese’. This seems like a good idea given that the overweight population cost the NHS approximately £7 billion per year in England. In addition there are substantial human costs: being overweight is associated with an increased risk of type 2 diabetes, heart disease, stroke, high blood pressure, certain cancers (colon, breast, endometrial and gallbladder) and high cholesterol. However, there already is a campaign, with £75 million of public health funds and £200 million of external funds earmarked for a public health campaign called ‘Change4Life’ in 2009.

So why isn’t it working? The National Obesity Forum suggests that it may not be hard-hitting enough but perhaps the people it is being targeted at simply do not realise they are overweight! That is, while a smoker knows they are a smoker, an overweight person may not know that they are overweight. Evidence of this can be found in a paper that is forthcoming in Economics and Human Biology, which I wrote with my colleague David Johnston. In this paper, we highlight using data from the Health Survey for England on almost 10,000 overweight individuals that many people do not recognise that they are overweight. This may help explain why the average person in England is falling majorly short of completing the recommended levels of activity on a monthly basis (see figure 1).

Figure 1: Days of 30+ minutes activity per month by gender 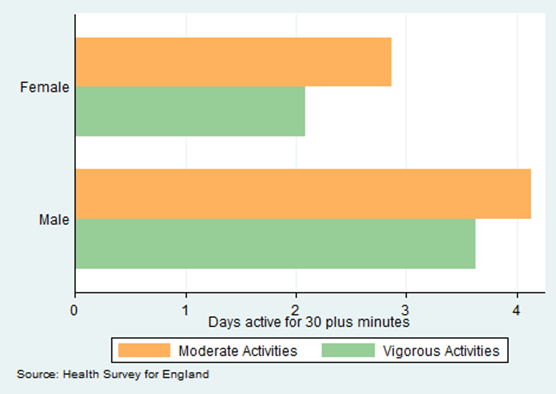 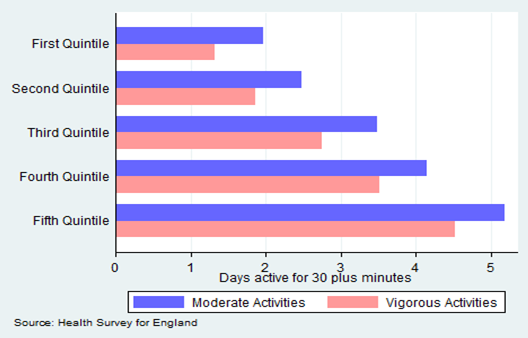 This suggests that a first step is telling people that they need to lose weight. A suggestion by the National Obesity Forum is that GPs could take this role on. However, it is well known that poorer individuals go to the GP less often than others. Therefore, perhaps a starting point for any national campaign is to explain to its citizens how to tell if you are overweight and to encourage a person to check. Some incentives attached to checking are also worth exploring.

So why do people not realise they are overweight? People often rely on comparison with peers to make assessments of their weight status, rather than relying upon medical advice. Given that obesity has become the norm – particularly within low-income groups- the existence of such effects implies that people tend to be less concerned with being overweight or obese, reinforcing the obesity epidemic. This problem is made worse by mixed messages in the media concerning optimal body weight size. Deciphering these mixed messages is also more likely to be achieved by those of higher socioeconomic status.

It should be noted that some commentators argue that any policy to address the obesity epidemic is paternalistic and should be avoided. That is, we should not intervene as individuals rationally choose their own weight (by consuming and expending a certain number of calories). It is unlikely that individuals can weigh up the costs and benefits, both future and present, of this choice. It is also unlikely that the overweight weigh up the costs that fall on the health service owing to the obesity epidemic. Equally they are unlikely to consider the wider costs to society and business, such as decreased tax revenue and loss of productivity due to related illnesses. Therefore, policy makers must take some action but it should be well thought out. It must also bear in mind that their optimal target audience may not know they are the targets so reaching them is going to be more difficult!

Grace Lordan is a lecturer in health economics at the London School of Economics. Her research includes studies on obesity, physical activity, mental health and smoking. She is particularly interested in looking at how socioeconomic status changes health and wellbeing over the life course. Her website is www.gracelordan.com 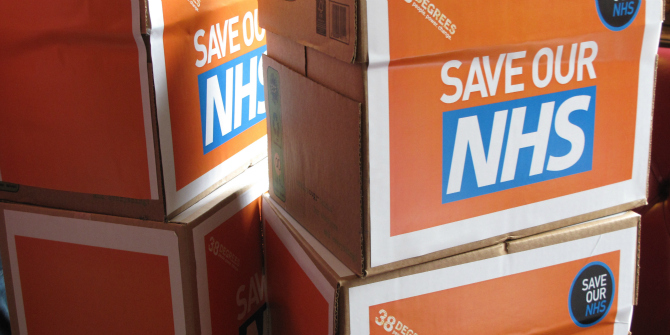 Before we start to think about ‘what works’, even on alcohol policy we need to know what we’re trying to do