Registering to vote must be simple and convenient. New research by Toby S. James shows that individual electoral registration, by itself, will lead to a decline in registration levels. The government can do more in the Electoral Registration and Administration Bill to improve levels of registration.

In the 1980s American academics Frances Fox Piven and Richard Cloward, alongside the organisation Human SERVE, campaigned to make voting and registering to vote easier for citizens. At the time, America was concerned about low levels of turnout and registration. The campaigners argued for measures such as allowing citizens to register to vote at various public offices such as welfare offices and childcare centers, with the aim of promoting participation amongst groups where it was traditionally low.

Their campaign culminated in the 1993 National Voter Registration Act (NVRA).  This expanded the number of locations and opportunities whereby eligible citizens could apply to register to vote. In particular, citizens were to be given a voter registration application when they applied for or renewed a driver’s license, or when applying for (or receiving) services at certain other public offices. It was praised by many as being a triumph for the civil rights movement which had previously fought to abolish the Jim Crow laws. Signing the law, President Bill Clinton declared that:

‘The victory we celebrate today is but the most recent chapter in the overlapping struggles of our Nation’s history to enfranchise women and minorities, the disabled, and the young with the power to affect their own destiny … Today we celebrate our noble tradition by signing into law our newest civil rights law…’

Some campaigners, including Piven and Cloward, were disappointed that the Act didn’t go far enough. Nonetheless, the legacy of NVRA is clear.  Today, a huge proportion of new registrants use this mechanism to register to vote in the US. Data from the US Electoral Assistance Commission shows that 37.1 per cent of registration forms were submitted via motor vehicle agencies in 2010. Over 18 million citizens used this method in 2008. Subsequent empirical studies showed how this (and other methods) could improve registration rates (see here for an overview). Frances Fox Piven and colleagues later argued that the effect on registration could have been greater had federal agencies worked harder to enforce the Act.

Fast-forward twenty years and cross the Atlantic to 2012. Today, the UK is in need of similar reforms. The government is planning to introduce individual voter registration as part of the Electoral Registration and Administration Bill. This involves making registering to vote more bureaucratic for many citizens. Registration is currently conducted on a household basis meaning that one person can register every citizen in each house. The proposals will require each individual to register themselves and provide personal identifiers such as national insurance number. These will be checked against government databases to check whether they are legitimate voters.

I have recently undertaken research on UK electoral administration and the effects that individual electoral registration will have. This will be published in Parliamentary Affairs very shortly (download a pre-print here) and is based on extensive interviews with local election officials.  The research suggests that:

These proposals come at a time of serious electoral registration decline. An Electoral Commission Report in December suggested that the parliamentary electoral register was as low as 82.3 per cent. As I have argued in previous blog post, the UK compares poorly internationally. Under-registration is a serious problem for UK democracy.

Individual electoral registration was announced in a White Paper in June last year. Since then the government has already shifted its position on a number of policy positions. For example, the ‘opt-out’, whereby citizens could tick a box and not be included on the register has been dropped.  Nick Clegg hinted that this might happen in October last year. The proposed Bill suggests that there will be now be a penalty for those who do not register. These changes must be, and have been, welcomed by campaigners such as the Electoral Reform Society, who launched their Missing Millions campaign in response to the government’s initial plans.

The government has invested much hope in using data-matching to improve electoral registration. Data-matching pilot schemes were initially launched to check the accuracy and to identify people who may be eligible to vote and then invite them to apply to register. In February 2012 it was suggested that ‘the names and addresses of all individuals currently on an electoral register will be matched against the data held by public bodies such as the Department for Work and Pensions and local authorities themselves’ and that ‘[i]f an elector’s information can be matched, the individual will be automatically placed onto the new IER register and would not need to take any further action to be registered under IER’ (see: here). This too must be welcome news for those seeking to maximise electoral registration.

Unfortunately, the Electoral Commission’s evaluation of the initial data-matching schemes did not fully test such an approach and instead highlighted a number of concerns about relying on data-matching. It suggested that the process was labour intensive with significant work required to analyse the data. Moreover, the approach ‘did not prove very effective at getting new electors on to the registers’. Only 7,917 citizens were added in the 22 pilots (although this is still enough to win a few marginal constituencies). This leaves efforts to improve electoral registration levels somewhat in the air.

The Electoral Registration and Administration Bill therefore offers the opportunity to address this. Here are some recommendations, based on my research findings:

Changes to the way the electoral register is compiled does not always capture the public or media’s interest in the way that it did, and still does, in America. But it has important implications for how many people vote, electoral fraud, whether people perceive electoral institutions to be fair and sometimes who wins elections. There have been some excellent recent blog posts from the like of Ros Baston, Mark Pack, Stuart Wilks-Heeg and others in recent months and weeks. Let’s hope there remains continued public interest in this important, but easily forgotten, issue.

Toby S. James is a Lecturer in the Department of Political and Cultural Studies at Swansea University.  He is the author of Elite Statecraft and Election Administration (2012, Palgrave Macmillan).  He is currently working on a project funded by the Nuffield Foundation and McDougall Trust on performance management and election administration.

The Electoral Registration and Administration Bill will receive its second reading in the House of Commons on the 23rd May 2012.

For an overview of different procedures and the evidence base, see this article.

The coalition government is introducing major constitutional changes but does not have a coherent overall constitutional strategy. The results will not provide a stable basis either for British liberties, democracy or its constitution 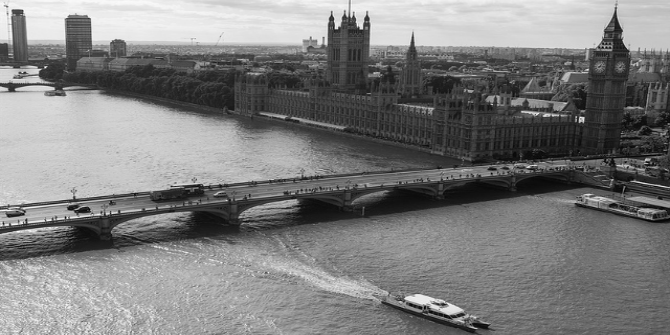