We have entered the Anthropocene epoch, with human activity now threatening to change the parameters of the Earth system itself. Current social and political institutions may not be up to the demands of this emerging epoch, writes John Dryzek. He argues that we should think in terms of social-ecological systems, and not treat institutions as though the ecological world doesn’t exist.

The Holocene epoch of the last 10,000 years or so is defined by highly unusual stability in the Earth system. In particular, the climate shows little variability compared to the preceding late Pleistocene. The Holocene is now giving way to the Anthropocene, in which human influences introduce instability in the Earth system of a degree unprecedented in human history – but common in geological time. As I argue in a recent journal article, institutions such as states, capitalist markets, and international organisations that developed in stable Holocene conditions need to change radically as a result, in the direction of more co-evolutionary, deliberative, and self-transformative alternatives.

The transition has been gathering speed for some time. While of course lasting human impacts on the environment have been around for hundreds if not thousands of years, the takeoff in aggregate economic activity and associated ecological impacts since the 1950s is the real transition trigger. The Anthropocene is different because human activity now threatens to change the parameters of the Earth system itself. The possibility arises of tipping points and consequent catastrophic state shifts in the Earth system (for example, to a radically warmer world).

The consequences for human institutions are profound, because as my Australian colleague Will Steffen points out, the Holocene represents the only condition of the Earth system that we know can support the kinds of societies we are used to. So what happens if the Holocene is on the way out? Holocene political institutions may not be up to the demands of the Anthropocene. Institutions such as states and international organisations had major problems responding to environmental challenges in the Holocene. They are now required to do so much more.

John Rawls, the leading political theorist of the late Holocene, asserted that ‘justice is the first virtue of social institutions’, and most of his readers agreed. In the Anthropocene, that is no longer sustainable. To begin, we should think in terms of social-ecological systems – not treat social institutions as though the ecological world doesn’t exist. Social justice may still matter – but human institutions need to develop a capacity to question what core values such as justice should mean. Justice has to be ecological as well as social. The Anthropocene also means we need to re-think our environmental vocabulary. Words like conservation, preservation, and restoration imply there is some fixed state of a system that can serve as a baseline for action. In the Anthropocene, systems are so much more dynamic; the target is always moving.

There are some people who want to put the Anthropocene on steroids by asserting human control over these changes – here I am thinking of those who believe we can geo-engineer the climate system, for example by constructing machines to inject aerosols and particles into the upper atmosphere to help block sunlight. Aside from the risks and uncertainties associated with such technologies, they would demand governance institutions of a global scope and longevity of a sort unprecedented in human history. Committing to geo-engineering means there is no going back, the machines could never be switched off, the governance institutions would have to last for ever, democracy could never be allowed to challenge them. It is more productive to think in terms of the co-evolution of human systems and ecological systems; to work with non-human systems, rather than over them.

The problem with existing institutions is that they developed in a very different kind of world. They are subject to all kinds of path dependencies, and are quite capability of generating feedback that reinforces their own necessity. So the institutions of global finance have successfully positioned themselves as ‘too big to fail’. The institutions of global environmental governance have failed to produce a comprehensive global treaty on anything since the Montreal Protocol for the protection of the ozone layer in 1987 – but that aspiration remains the focus of the efforts of most concerned actors, be they governments or environmental NGOs.

The opposite of path dependency is reflexivity, the ability of a structure or process or set of ideas to change itself in light of reflection on its performance; to be something different rather than just do something different. However reflexivity as generally conceptualized does not recognize the active influence of the Earth system itself. So ecological or ecosystemic reflexivity would also involve listening to signals from ecological systems, recognizing those systems as active players, along with foresight and the ability to anticipate tipping points and state shifts. If we wait for such a state shift to happen it will be too late. Currently such early warnings as provided (for example) by climate science do not fare well in our dominant institutions; a more effective deliberative ability to process such warnings is urgently required.

Ecosystemic reflexivity suggests an inquiring society of autonomous individuals jointly able to craft a developmental path. It does not suggest the Anthropocene is something that can be managed hierarchically (for example, by stronger centralized institutions of global government). A much more effective response would envisage an evolving deliberative and ecological democracy. Taking the Anthropocene seriously means an evolving institutionalism joining theory and practice, going beyond existing path-dependent institutions that fall so far short of the requirements of this emerging epoch.

For more on this see John Dryzek’s longer article in the British Journal of Political Science, “Institutions for the Anthropocene: Governance in a Changing Earth System”

Note: This article gives the views of the author, and not the position of the British Politics and Policy blog, nor of the London School of Economics. Please read our comments policy before posting. Featured image credit: Fabio Venni CC BY-SA 2.0 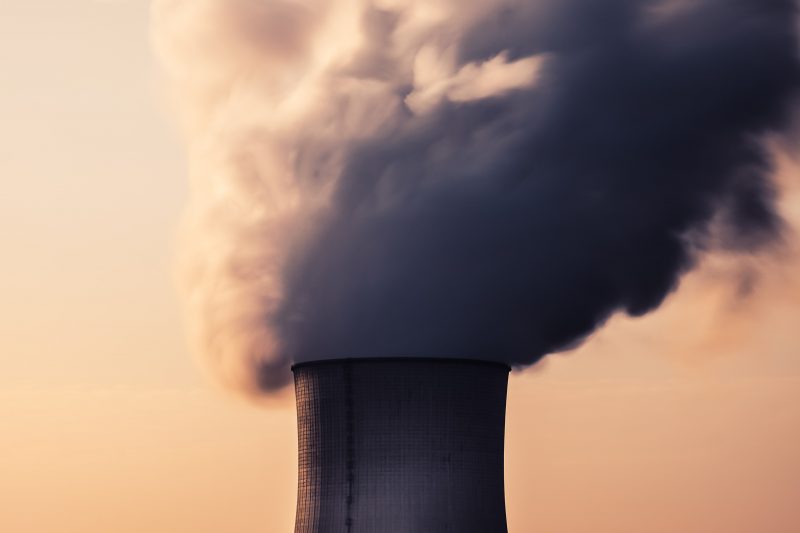