Ed Miliband’s wonky style is derided by many, but gurus, intellectuals and policy wonks perform a crucial role in the political process, says Eunice Goes.

Ed Miliband is often accused of being a ‘Hampstead socialist’ who runs the Labour Party like an Oxford seminar. The meaning of these attacks is clear enough. Reading books, using ‘wonky’ words and devoting time to debate abstract political concepts are the definite signs that the Labour leader is out of touch with real life. The most recent of those invectives was proffered by the philosopher, John Gray. In an article published in the New Statesman, Gray argued that ‘Miliband wants to govern a country that doesn’t exist’.

Gray’s criticism is somewhat surprising given his role as a consigliere of the then Prime Minister, Margaret Thatcher, whom (like Miliband and most politicians) wanted to govern a country that did not exist. But Gray’s criticism is totally in line with the old British tradition of ‘anti-intellectualism’. This tradition sacralises the virtues of English empiricism and dictates that politicians should be women and men of action, forever able to deal with any plumbing emergency whilst discussing the price of bread and milk with ordinary voters. This tradition also establishes that intellectuals are eccentric creatures who are hopeless at dealing with the trivial aspects of life like changing a light-bulb or wearing matching socks. In this neatly organised universe, where doers and thinkers inhabit parallel universes, thoughtful politicians are seen as creatures who belong to curiosity museums.

The political role of intellectuals

But this critical attitude towards intellectualism in public life reflects a fundamental misunderstanding about the role that ideas and intellectuals play in politics. In reality, intellectuals, academics, think-tank experts and even wonky politicians play a crucial role in the political process, and on the whole are as in touch with reality as those who claim to be slaves to pragmatism and common sense.

Intellectuals, experts and gurus perform several roles in the policymaking process. Firstly, they help politicians to make sense of the world. They offer cause-effect explanations of political and economic phenomena, they offer diagnosis and occasionally prescriptions to policy puzzles. At times of great political disruption, when old certainties about how the world works are questioned, this role is particularly important.

But the role of intellectuals and experts does not stop with political diagnosis. They also help political actors, and in particular political parties, to develop ideas and narratives that are consistent with their ideological traditions and political goals. As Sheri Berman argued, political parties are ‘carriers of ideology’ and as such, they have to articulate ideas, narratives that are consistent with their historical and ideological trajectories.

Politicians rarely have the time to trail through the ideological safe-keep boxes of their parties to find an old idea that will help them win an election or to solve a specific policy puzzle. They have to rely on the epistemic community of party and public intellectuals, think-tank researchers and academics to perform the task of rediscovering and reinventing the traditions of their parties but in a way that addresses contemporary problems.

As a general rule of thumb, professional political parties that are serious about winning elections surround themselves with academics, policy experts and public intellectuals to perform the tasks described above. But normally, the party’s epistemic community is somewhat remote from the public. There is often a line of party strategists, political advisers, fixers, backbenchers and pollsters separating the public from the intellectuals and gurus who have been commissioned to work on the ‘vision thing’ of the party.

What is new with the Labour Party is that under Ed Miliband these ideational activities took centre stage. To the disappointment of many Labour backbenchers, in Ed Miliband’s office key academics have been particularly influential in shaping the party’s vision and policies. Lord (Stewart) Wood, whom in an earlier incarnation was a Fellow at Oxford (St Magdalen College) where he researched labour market policies, is Miliband’s strategic adviser. Marc Stears is a political theorist from Oxford who is in charge of writing Miliband’s speeches and co-drafting Labour’s manifesto. Then, there’s the MP John Cruddas known for his vast intellectual hinterland, who chaired the policy review and is now leading the process of drafting the party’s manifesto.

In many ways, these three individuals are the architects of Milibandism. In this capacity they articulated the links between the party’s older values and traditions to the new ideas. They have also introduced the Labour leader to what the media likes to call ‘Miliband’s gurus’. Thus, figures such as the political scientist Jacob Hacker, the political philosophers Elizabeth Anderson, Tim Soutphommasane and Roberto Mangabeira Unger, and the economists Mariana Mazzucato and Ha-Joon Chang, not forgetting the academic (ennobled by Miliband) Maurice Glasman, actively participated in Labour debates.

In some cases their ideas only offered mood music but in others they were adopted and transformed by the party into policy proposals or used as the rationale for policy proposals. For instance, Hacker’s ideas on pre-distribution inform Labour’s proposals to freeze energy bills, to launch new apprenticeships and to introduce affordable childcare policies. Similarly, Elizabeth Anderson’s concept of ‘relational equality’ informs Labour’s approach to power distribution and public sector reform. And Mazzucato’s ideas on the entrepreneurial state inform Labour’s industrial approach.

The visibility of Labour’s ideational activities have served two important roles. Firstly, it has enabled the party to set the agenda on certain policy issues. The media loves writing stories about ‘gurus’ and overall these stories are beneficial to the party’s reputation. Indeed, news stories about gurus or about abstract ideas such as pre-distribution contribute to the perception that political parties are alive and dynamic institutions ready to tackle the big issues of the day.

Secondly, creating this impression is particularly important at a time of paralysis in terms of policy development. It is not a coincidence that stories about Miliband’s gurus and brand new ideas were filling space in newspapers and current affairs magazines at the time when the Labour leader was having difficulties in persuading the party’s frontbench team to endorse his agenda. The tactic worked for a while. But it came to a point where the workshops and debates with public intellectuals and ‘wonky’ seminars hosted by think-tanks could no longer hide the indecision and policy paralysis at the heart of the party.

But it is wrong to blame the so-called Hampstead socialists for that paralysis. That paralysis and Miliband’s legendary indecision were not created by the community of experts, scholars and party intellectuals that has been advising the Labour leader. They have done the job they were assigned to. Instead, the indecision and ideological fog that currently (and dangerously) surrounds Labour is simply the sign of a party that is still divided about its future. 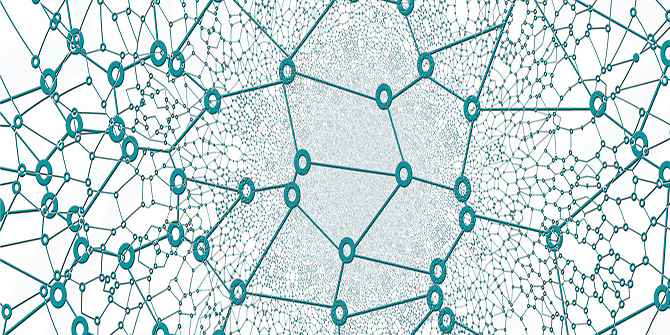