Theresa May has repeatedly stated that what the country needs is ‘a strong and stable leader’. David J Hunter writes that the claim is too simplistic – political leadership in the modern era is multifaceted and, in this case, must be seen in the context of the UK system of government.

If you are not convinced by the repeated mouthing during the general election campaign of the platitude ‘a strong and stable leader’ or, alternatively, if you consider it to be ‘a good thing’, then read on. Sadly, and to our cost, the importance of political leadership has not received the attention it deserves. And what little it has attracted is generally over-simplistic and naive, centred on an outmoded and largely discredited model of leadership which reveres the heroic charismatic individual. Invariably it is a man who occupies such a role with only the occasional woman surfacing. The Iron Lady, Margaret Thatcher, is the obvious example, with Theresa May now aspiring to assume her mantle.

In essence, so the ‘great man’ theory of leadership goes, good and successful political leaders are regarded as those who are strong and lead from the front. Those who display a more collective and inclusive leadership are deemed to be weak and less successful. 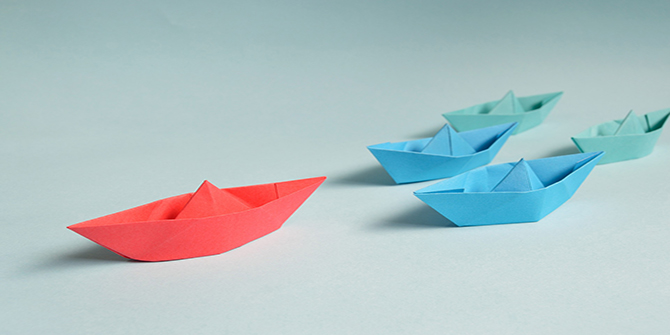 Archie Brown’s illuminating book on political leadership merits revisiting at this time. It exposes the myth of the strong leader in the modern age and challenges the widespread view that ‘strong leaders’ are the most successful and admirable. The UK system of government is already susceptible to ‘elective dictatorship’, a phenomenon that is particularly evident when the opposition parties are weak and divided. Arguably, the last thing the country needs now is a strong leader of the type May is offering her flock. Yet, such simplistic nostrums hold great appeal for some sections of the electorate and that is not lost on those running May’s campaign, for it is largely her campaign and not the party’s.

The wider literature on leadership has much to offer in any attempt to establish what sort of political leadership is not only desirable but also more likely to be effective in an increasingly complex and interrelated world. The days of the ‘great man’ leader who claims, or is expected, to know all the answers and galvanises everyone to act in accordance with their particular beliefs and preferences are long gone. Such individuals, whatever they may claim, are generally ineffective and usually fail. That was true of Thatcher and also of Blair. It was also true of Obama who helped pave the way for Trump’s ascendancy. And as Trump himself is finding, government is not like running a business – nor should it be.

Yet business has been at the forefront of thinking in regard to the leadership styles that are best suited to our times. There is the servant leader, or the quiet leader – those who lead from behind and empower others to take the lead where appropriate. Then there is the adaptive leader, or the engaged leader who acknowledges that the challenges confronting governments fall into the category of ‘wicked problems’ which defy single bullet solutions.

Indeed, not only is there is no single or simple solution, there may be none at all. It is often their very intractability that results in such problems being in the public sector in the first place. They have to be continuously worked at and solutions found as governments strive to ‘satisfice’ rather than optimise. The leader who marches in thinking they know best what needs to be done invariably fails. In contrast, the smart leader knows that their task is not to have all the answers but to ask the right questions which others may be better placed to answer.

Modern government is a messy complex system where issues overlap and where collaboration across departments and policy sectors is unavoidable. Many of our major public services have, or are giving, leadership a makeover. For example, system leadership is being actively promoted in the NHS with a place-based approach to health improvement and wellbeing lying at the heart of the Sustainability and Transformation Plans being implemented across England.

Outworn notions of leaders as dynamic, decisive, authoritarian, competitive and testosterone charged individuals are not well suited to the complex environments found in most public policy sectors such as health, welfare, inequalities and climate change. In contrast, system leadership requires well-developed skills of negotiation, consultation and political astuteness to enable collaborative direction-setting and decision-making with other stakeholders. The task is primarily one of relationship building and working across diverse sectors and groups in the hope of achieving a common purpose.

Good leadership is not only about the individual qualities of the leader but also about enabling the whole system to be supportive of innovation, an awareness and understanding of complexity, as well as an appreciation of the perspectives of different stakeholders. Finally, successful leaders understand complex adaptive systems and culture.

With the UK confronting the most wicked problem in its recent history – Brexit – it is inconceivable that a strong leader of the type May seems to be projecting is fit for purpose. We do ourselves no favours resorting to such simplistic nostrums and misplaced certainties. Instead, as Michael Barber who headed up the Prime Minister’s Delivery Unit under Blair stresses, the essential qualities needed for effective political leadership are discipline and sustainability.

Criticism of the overbearing or overmighty leader should not be mistaken for an attack on leadership which has a vital role to perform. But the work of government is both complicated and complex and is not the result, or sole responsibility, of any single person. Fostering the cult of the leader does a disservice to the importance of the leadership function and to good government. Political leadership in the modern era is multifaceted and has to be seen in context.

Do any of the other party leaders offer a more appropriate leadership style? Jeremy Corbyn has attracted much criticism for being indecisive and vacillating, often been dismissed as a somewhat quaint and mildly amusing relic of Labour’s distant past. In fact, Corbyn has been intent from the outset on offering a different and distinctive leadership style and one based on integrity and a quiet confidence. In this he shares much with those promoting the servant leader or quiet leader. But whether in our media-driven and image conscious age he can hold to such a stance with the enormous pressure upon him to conform to a more familiar, if misconceived, notion of leadership which does not sit comfortably with him is doubtful.

Such pressure was not evident in the post-War government led by Clement Attlee between 1945 and 1951. Attlee did not lead from the front or seek to project his ego publicly. His self-effacing style was nevertheless effective and he allowed his ministers to lead as and when appropriate while performing a crucial coordinating role.

The Attlee government was hugely successful in foreign and domestic policy, putting in place the welfare state and the NHS with talented ministers like Aneurin Bevan given the space and support to introduce the major reforms the country sought. In many respects Attlee’s leadership style was ahead of his time and has not been evident since in such a marked way. He certainly meets Barber’s criteria for successful leadership in that he was both disciplined and committed to sustainable change. The NHS is a prime example as it nears its 70th birthday next year.

Doubtless the absence of demi-gods makes life infinitely less interesting for sections of the media but that is no great sacrifice. What appeals most to the electorate is the authentic leader who can engage and espouse clear principles and values that they live by through their actions. By those criteria Corbyn should hold most appeal even if he remains disabled by divisions over Brexit and other issues revealing a lack of discipline. In contrast, what we too often get in modern politics is leaders who speak in platitudes and sound bites, the desire for a ‘strong leader’ being one manifestation of such a tendency.

David J Hunter is Professor of Health Policy and Management, and Director of the Centre for Public Policy and Health at Durham University. 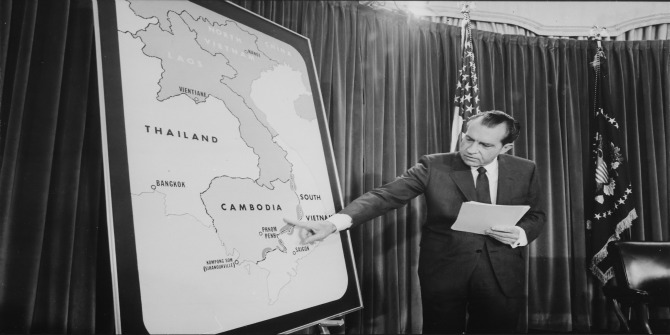