It’s all coming up roses for Ed Miliband

It’s all coming up roses for Ed Miliband

Hopi Sen argues that David Cameron is fast losing his air of prime ministerial competence. Labour has clearly benefitted from muddled policies and withering confidence in the coalition. It’s next stategic move on the politics of austerity will be telling.

I wonder if an adviser or journalist on the centre-right of British politics is composing a “State of the Right” to be read by various European politicians of the right. If so, I wouldn’t envy them their task this month. Trying to explain how the British Conservative party has gone from a comfortable political position in March to defeat, disunity and discord in May would be a tough test for anyone.

Where to start? First, a budget that unravelled over issues as significant as the top rate of tax, and as trivial as the level of sales tax charged on savoury baked pastries. Then an attempt to deport a radical Muslim preacher which ended in a bizarre tussle with European courts over how many days there were in three months. Then the minister who’d been given responsibility for adjudicating Rupert Murdoch’s bid to own the entirety of the Sky TV network in the UK was discovered to have an adviser who was telling Sky what his decision would be. Finally, and most importantly, came the news that Britain had slipped back into recession. The economy had been the Government’s key defence. Cuts were hard, but needed for growth, Ministers consistently argued. Now that policy was seen to have failed.

Britain’s political journalists were torn. Was April, in a phrase borrowed from a satirical comedy about incompetent politicians, an “Omni-shambles”. Or was it the more profane “Clusterf**k”?

All of these governing failures led to a heavy defeat for both parties of Britain’s coalition in the local government elections held across much of Britain last Thursday. The Conservatives slipped to 31 per cent  per cent of the vote, the Liberal Democrats to 15 per cent. Both lost hundreds of seats to a surging Labour party. Clear unpopularity is new for the Conservatives and has led some leading right wing politicians to demand a harder edged, more clearly Conservative policy agenda from the coalition government.

This presents a political problem for the Prime Minister, who cannot go far down that road without alienating both his coalition partners and, some Tory advisers argue, the electorate. Even the one piece of good news for the Government, the re-election of the Mayor of London, Boris Johnson, managed to add to this sense of disarray. Johnson has positioned himself adroitly on the Tory right (The linguistic pun is intentional, sorry!) and is regarded as a possible alternative to David Cameron. So Johnson’s triumph amid wider Conservative defeat was seen as an endorsement of the Mayor’s right-populist politics, not of the Prime Minister’s coalition moderation.

Partly as a result of all this turmoil on the right, the state of the left looks significantly stronger. The leadership of Ed Miliband may have been under fire at the start of 2012, but having led his party to 38 per cent in real elections, secured a better than expected 800 new local councillors and won control of over twenty Councils, Labour’s leader has significantly increased authority within the party. Even Scotland saw a significant Labour recovery, which mattered because the separatist Scottish National Party has been dominant since winning an overall majority in the 2011 Scottish Elections and had been tipped to make further gains. Instead, Labour beat them back.

Much of the credit for this success goes to Labour’s top team. Shadow finance minister Ed Balls has been predicting the policies of the government increased the risk of recession for almost two years. He has been proven right about that. The government appears to have cut too far, too fast, and families and businesses are paying the price. 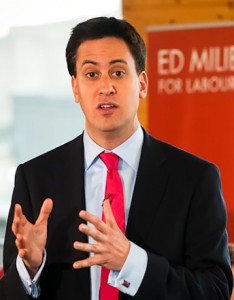 Equally, his leader’s decision to highlight the close links between politicians and Rupert Murdoch’s News International and Sky TV has paid off. Ed Miliband’s depiction of the privileged group around the privately educated and undoubtedly posh Prime Minister as out of touch, arrogant and indiffferent to the struggles of working families has also been effective.

So the state of the British Left is stronger than it has been for some time.  Yet this strength may not be all it seems. First, Labour’s performance in the local elections was well above expectations and a significant success, but it was not extraordinarily good in historical terms. Plenty of oppositions have done about as well during a period of government “Mid term blues”, then gone on to lose the National Election. The Labour leadership are, to their credit, aware of this, and have avoided triumphalism.

Second, a large part of the Conservative failure can be traced to Conservative voters either not wishing to vote in local elections, or even transferring their support to the anti-EU UK Independence Party (UKIP). That dissatisfaction may last to the General Election in 2015. It may not.

Third, the results and the opinion polls suggest that while dissatisfaction with the Government has increased, affection for Labour has not increased by anything like as much. Turn-out in the elections was down. Labour’s ratings on the economy and on personality are still low. It’s just that the Conservatives are now equally low, or lower. Yet such points should not detract from the real success. Labour is in a better position than anyone outside the Labour leadership expected a few months ago. As a result, Labour’s leader is now in a stronger position than he has ever been.

Now the question is what Ed Miliband intends to do with his new strength. Some voices close to the leadership have been calling for an out and out attack on the politics of austerity, calling for a politics of “resistance” or an outright opposition to “30 years of Neo-Liberal consensus”. Others speak of a new industrial strategy, of an economy of the many, not the few. Others yet see Francois Hollande’s victory in France not as an endorsement of anti-austerity, but as a sign that a centre-left leader who emphasises growth now and credible austerity later can win.

There are now many voices offering very different advice to a newly powerful Ed Miliband. His decision on which advice to follow will be fateful. If the last month will tell his team anything, it is that over the last year, the leader’s judgement has been tested, and found to be good.

Hopi Sen is a former head of communications for the Parliamentary Labour Party. He is now a consultant, writer and commentator. He also blogs at hopisen.com