Bringing our Police and Crime Commissioner coverage to a close is a somewhat different sort of article, as Wyn Grant reviews the historical  55 days and discusses the political lessons which can be drawn from it. He argues that the PCC elections illustrate how the political class protects its own and that, while we must resist populist disdain for politicians, it also necessary to recruit our leaders from outside the political class.

55 Days  is an historical drama by Howard Brenton about the events that surrounded the trial and execution of Charles the First, currently running at the Hampstead Theatre. On one level, it is just that. It portrays very well the way in which the Parliamentary forces were split into different factions and the extent to which they were swept along by events, not least the dignified and consistent but nevertheless obdurate behaviour of Charles Stuart.

What I am concerned about here is not how successful or otherwise the play is in portraying the highly complex character of Oliver Cromwell, something which has exercised the critics.   It is the attempt of the play to draw parallels with contemporary political events. This is evident in the way in which Charles the First is the only person in contemporary dress. The other characters wear clothes from the 1940s, imagery reinforced by the presence of a set of filing drawers and other furniture from that era on stage.

The link with contemporary events is made even clearer in the preface to the programme written by the artistic director, Edward Hall. He has some good points to make, but I also think that sometimes he falls prey to some rather insufficiently formed thinking about contemporary politics, its discontents and its remedies.

It is this last point which is the most interesting as it echoes a contemporary dislike of politicians and the political class. That is understandable given the difficulties that political leaders have experienced in coping with the economic crisis and the many examples of venal behaviour. A distinct ‘political class’ has emerged made up of individuals who start with a degree in PPE or some equivalent, get a job in a think tank or as a researcher for a MP and eventually become MPs themselves.

But a populist distaste for politics and politicians is not the answer. People still want government, if they do not always appreciate what it does for them. If one has government, one needs politicians to fill posts. What one does need is more recruitment from outside the traditional political class to bring in people with a wider range of experience and more diverse backgrounds.

The elections for police and crime commissioners show that many obstacles are put in the way of those who come forward. The high cost of a deposit and of leafleting a large area made it difficult for independents to campaign effectively and many of the party candidates were political retreads seeking a new role. It’s difficult to stop the political class protecting its own.

Weekly Blog Round up for 23 April

State of the Race for 16 April 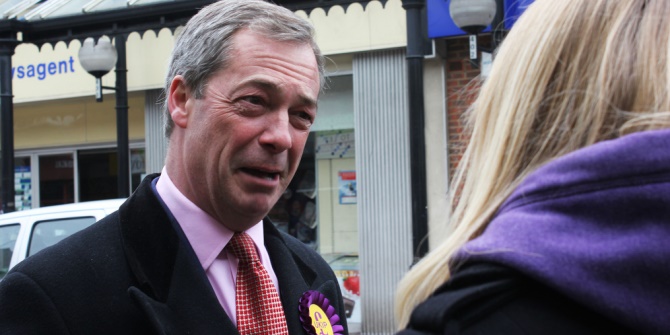