Although the Election Commission has published data before on who gives what to political parties, by splitting up donations across multiple family members or between personal and company donations it has been legally possible for huge donors to largely avoid publicity. Not any more though, because Stephen Crone and Stuart Wilks-Heeg have analysed all donation income received by the Conservative party since 2011 to give the most comprehensive picture every published. The Tories owe their financial survival to just 50 key ‘donor group’ sources that account for 51 per cent of their donor income. The party’s top 15 sources for almost a third of the total. This concentration highlights the need for new funding rules to require donors to keep to the spirit of laws to limit donations, and not to evade them via ‘fame avoidance’ techniques.

In a previous post on party finance issues, we highlighted the dependency of all three main parties on ‘big donors’. Just 224 donations, originating from fewer than 60 separate sources, accounted for nearly 40 per cent of the three major parties’ declared donation income between 2001 and mid 2010. These ‘headline figures’ derived from the Electoral Commission’s register of donations, are sobering enough, although they only reveal part of the story. The family and business networks linking these big donors mean that the parties’ true dependence on big donors is likely to be even more extensive than is immediately apparent.

Critics of proposals to introduce caps on donations point out that there are various ways in which big donors can evade a cap by splitting up their contributions to political parties. There are grounds to suggest that such practices may already be common. Big donations from specific wealthy individuals sometimes occur alongside equally generous donations made by husbands, wives and other family members. Donations made via corporate entities may also serve to ‘bundle’ donations, or partially obscure their source. For instance, some company directors donate alongside partners at the same business; whilst larger groups of wealthy people have formed unincorporated associations through which to channel political funds.

Arguably, it is the Conservative Party’s donors that have drawn the most press coverage for these sorts of practices – with Michael Ashcroft being by far the best-known example. Having made cash donations of almost £2 million to the Conservatives via Bearwood Corporate Services, Ashcroft has become an almost ubiquitous news presence, and a byword for the big donor culture. Yet, Ashcroft is by no means the most generous of big Conservative backers. The Bamford family (who own the famous JCB earthmoving equipment firm), have also been the subject of some press scrutiny over their donations. They have made cash donations of around £4 million to the Tories over the past decade. These donations have been made via a combination of different family members and businesses.

At the same time, however, there are plenty of big Conservative donors who have largely escaped the attention of the press. Malcolm Scott, a Scottish multi-millionaire who has donated heavily to the Conservatives through a number of companies, is far from being a household name. Nor indeed are many other donors of equivalent importance. In fact, many substantial donors below the £1m mark have failed to arouse any comment at all by the press – perhaps because there are simply so many donors of similar magnitude.

Given current reporting requirements, and the absence of any current regulatory imperative to investigate most instances where large donations may come from ‘connected sources’, even the Electoral Commission knows relatively little about the extent to which donors are related to one another via family or business ties. However, the existing legal requirements about the disclosure of donations do mean that there is significant scope to identify apparent linkages between donors listed in the Electoral Commission’s register of donations when the data contained in the registers is combined with that available from a range of other information sources. Such sources include reports contained in various national newspapers, as well as the Financial Services Authority (FSA) register, and records held by Companies House.

Using this approach, we have been able to construct a far more detailed picture of the extent to which the Conservatives, currently the ‘wealthiest’ of the three main parties, depend on a limited number of big donors. In the table below, the cash donations of some of the party’s biggest donors are added to those of the donors’ husbands, wives, family members, companies and business partners which we have been able to identify. It shows that £72 million – over half of the party’s declared cash donation income – has been donated to the Conservative party from just 50 such ‘donor groups’ over the course of a decade. Perhaps more strikingly, £45.5 million has been sourced from the ‘top 15’ donor groups – amounting to just under one-third (31.9 per cent) of all Conservative Party donation income from January 2001 to June 2010.

Large cash donors to the conservative party, by ‘donor group’ january 2001 to june 2010
Click  here to view the table at Google Documents.

Note: All numbers in the last column are rounded down to the nearest £100.

Sources:
1. The information contained in this table is derived from the Electoral Commission’s register of donations to political parties, in conjunction with additional information located in a number of national newspaper reports, records held by Companies House and from the FSA Register. A full list of sources is available on request.
2. There are occasional, small inconsistencies in how the names of donors are submitted to, or recorded by, the Electoral Commission (including slight variations in company names, typographical and spelling errors, and so on). We have sought to identify and address such inconsistencies wherever possible – the general effect of which is to increase the proportion of donations from big donors.
3. Our conclusions about how donors are linked is based on the information we have been able to obtain, which we assume to be reported and recorded accurately. As far as we are aware, none of the information contained in this table implies that any aspect of the current legal framework has been breached.

Clearly, the figures in our Table raise concerns over the possibility of undue influence over the political process – concerns which seem justified in light of the testimony of Stuart Wheeler to the Committee on Standards in Public Life last month. They also suggest that a degree of secrecy and opaqueness may continue to prevail among some donors, despite the introduction of transparency measures by the Political Parties Elections and Referendums Act of 2000.

In addition, the degree of ‘detective work’ required to compile this information highlights how there is still no quick, convenient and accurate way for journalists, academics or members of the public to find out the true extent of any of the parties’ dependence on big donors. The Electoral Commission’s new Party and Election Finance (PEF) system, to be launched in the near-future, should make aspects of this task more straightforward. But there will always be limits to what can be ascertained from an on-line register – particularly where donors appear to be acting evasively, yet within the limits of the law.

There are also obvious lessons in all this for the Committee on Standards in Public Life as they deliberate on whether to recommend a donation cap, and at what level it should be set. With a £50,000 donation cap in place, the existing donors associated with the Bamford Family, for instance, could still contribute £1.5 million to Conservative Party funds over the course of a parliamentary cycle – more if this particular circle of connected donors were widened to include other family members.

It is not just that the coalition will fail in its goal of ‘taking big money out of politics’ if the main strand of their party funding reforms simply creates further incentives for large donations to be broken down into smaller ones. Just as importantly, an ill-designed donation cap also risks undermining the principle of transparency on which the current regime of party funding regulation is based. Our research clearly suggests that, despite the best efforts of the Electoral Commission, parties and donors are not always adhering to the ‘spirit’ of the law. It would be a retrograde step if one of the outcomes of fresh reforms were the proliferation of those existing practices which effectively mask the ‘actual’ source of some large donations. 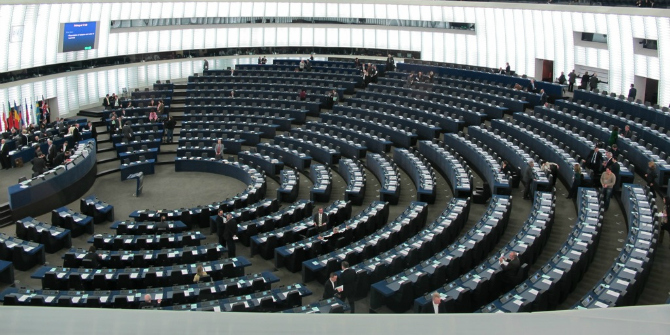