The clash between Keynes and Hayek defined modern economics

The clash between Keynes and Hayek defined modern economics

Nicholas Wapshott discusses the groundbreaking ideas presented by Freidrich Hayek in response to John Maynard Keynes’s positions on  government intervention and the free market. Wapshott argues the debate which started just two years after the stock market crash of 1929, both defined, and still resonates within, present-day economic policymaking.

Some buildings are imbued with history. For instance, the Old Theatre at the London School of Economics, where I gave a talk the other day on the same stage that Friedrich Hayek made his first and most devastating assault upon the ideas of John Maynard Keynes. It is an eerie feeling, knowing you are standing in a spot where history was made. I kept picturing the scene in 1931 when the young Hayek, at the invitation of the LSE Professor of Economics Lionel Robbins, gave four short lectures on why if a government tries to stimulate a flagging economy, it may end up causing more job losses than gains.

Hayek failed to deliver a knock-out blow to Keynes, and although he returned to the fight in the LSE learned journal Economica in the autumn of 1931, the argument about whether it is best to stimulate an economy in the face of large scale unemployment or rather, let the market find its own solution, has been going on ever since. It continues to dominate not only the debate in Britain about whether growth or austerity should be the government’s guidelines in forming economic policy, but is at the heart of the presidential contest between Barack Obama (in favour of stimulus) and Mitt Romney (let the market fix the problem), as well as the extraordinary political and economic gavotte taking place in Europe to save the euro.

For once, history is a perfect guide to the present. In the 1920s, the young Keynes, infused with a strong sense of noblesse oblige that stemmed from his Eton education, then Cambridge, became incensed by the persistently high unemployment in Britain and the misery caused to millions by the fixing of the pound sterling by the government at too high a price. He waged a long campaign to provoke the Cabinet into action and argued forcefully it was their duty to fix the problem they had created. He began proposing measures the government could take – actions that formed the basis of his 1936 master work The General Theory of Employment, Interest and Money that transformed the discipline of economics.

In brief, Keynes suggested that governments should keep the price of money cheap for a long time in order to deter savings and provide predictably affordable loans to entrepreneurs and businesses who would then take on workers; that taxation should be slashed so that people had cash to spend on goods that would create jobs; and that, in the last resort, governments should employ the jobless themselves to improve national infrastructure. If the government needed to borrow money to achieve these policies, never mind, he argued, the debt could easily be repaid as soon as everyone was back in work and could once again afford to pay tax.

In his LSE lectures, Hayek, whose personal fear of inflation that had ravaged his homeland of Austria after the First World War was the well-spring of his thoughts, argued that while a Keynesian stimulus may well put some people to work, in the medium to long term the market would become so distorted that when the stimulus was removed employers would be left making goods that were no longer needed.

Identical arguments can be heard today, in Britain, across the Atlantic, and within the European Union, with the competing ideas of Keynes and Hayek on trial. In the UK, David Cameron’s government has taken a Hayekian approach, insisting that austerity be imposed to pay back government debt taken out by their Keynesian predecessors to head off the deep recession that loomed after the stock market crash of 2008 and the financial freeze of 2009. Just as Hayek suggested, George Osborne has put up taxes, cut public expenditure, and are in the process of sharply reducing the size of the state. The recovering economy that Osborne inherited soon went into a double-dip recession.

The Conservatives’ actions are not merely Hayekian in the economic sense, but in the political sense, too, for when Hayek found his Austrian economic ideas ignored in the 1930s he changed tack. In his 1944 masterwork The Road to Serfdom he argued that the burgeoning state sector that Keynesianism inevitably brought about tended to trammel individual rights. It appears Cameron is using the economic crisis to complete the Hayekian revolution to reduce the size of the state that Margaret Thatcher, an avowed Hayekian, launched in the 1980s.

In America, an identical argument is going on. In early 2009, Obama started spending an $800 billion Keynesian stimulus he had inherited from George W. Bush’s Treasury team. Although a great deal of cash was wasted and ended up benefiting businesses outside of America, the stimulus halted the precipitous economic decline that threatened to drag the country into a Great Recession. However, by the midterm elections of 2010, Obama’s attempts to add more stimulus money to the still flagging economy was halted by Tea Party members of Congress, who were inspired by Hayek’s ideas and were suffering from borrowers’ remorse. The November election marks a fork in the road: whether to continue trying to pursue Keynesian remedies; or whether to follow the British example and start quickly paying down public debt.

So the ideas that Keynes and Hayek engaged in 81 years ago persist to this day. And, just like the original clash, it seems the argument is unlikely to be settled once and for all whoever is elected president and whether or not Cameron’s government survives the next general election.

Nicholas Wapshott is a journalist and writer. He is a Reuters contributing columnist and an online content consultant to a number of media and private clients. His book Keynes Hayek: The Clash That Defined Modern Economics has just been published in paperback by W. W. Norton. Five extracts from the book are also available here. 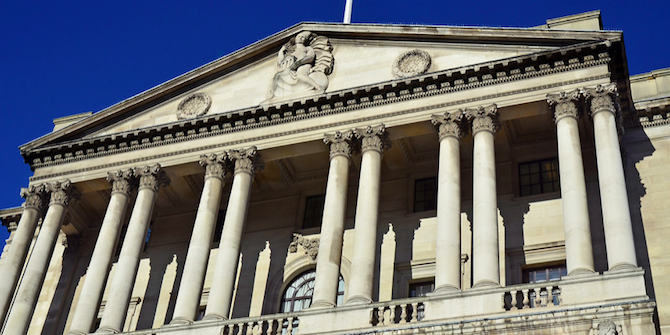