In a rapidly evolving crisis, there is a need for timely information to assess labour market performance and develop strategies to address the problems that emerge. Statisticians are currently using graphical techniques to illustrate the grim path of ‘excess deaths’ over the COVID-19 crisis – deaths over and above the norm in any given week. These are useful, if extremely morbid, ways of conveying and updating information at regular intervals. So it can be helpful to harness these techniques to analyse labour market performance.

The dashed vertical lines on the graphs highlight the first registered COVID-19-related death (week 5 of the calendar year) and the week the UK went into lockdown (week 12). The 2020 data currently run to week 22, the last week of May. 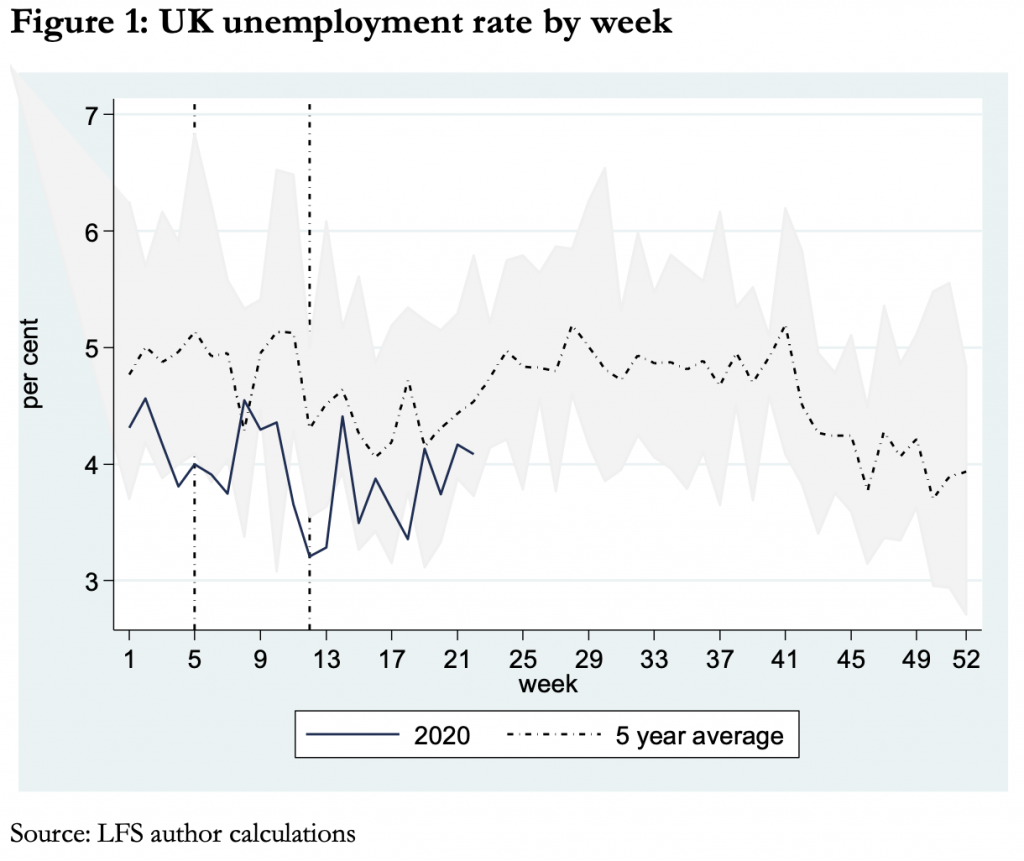 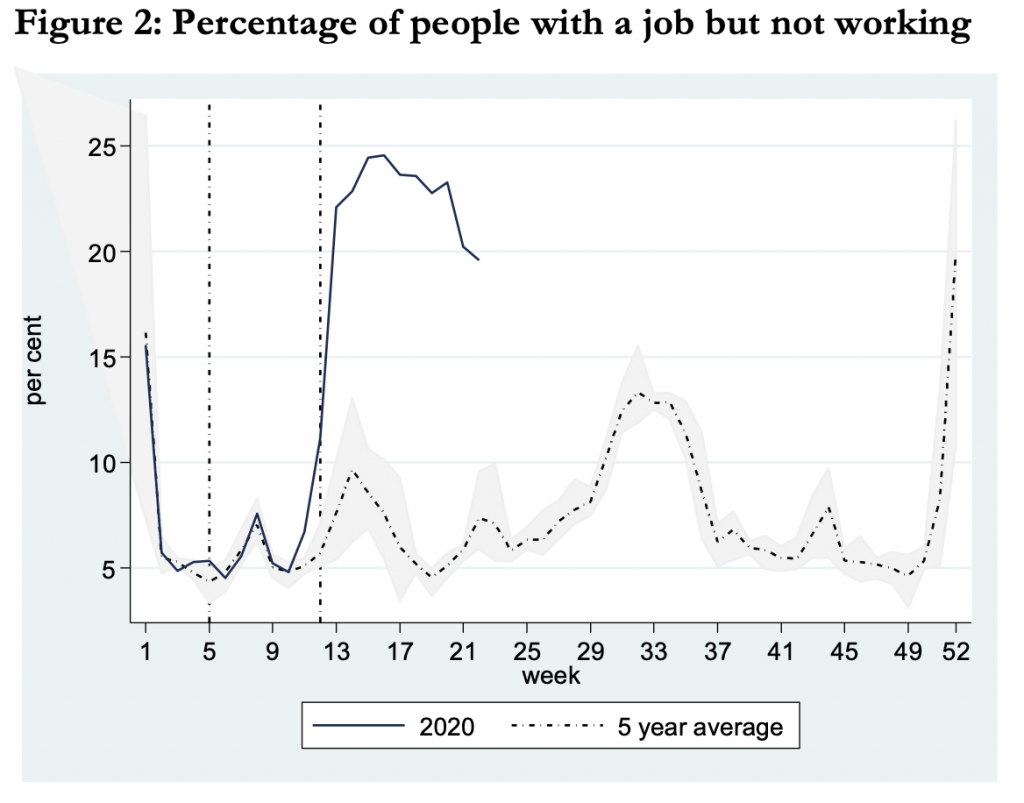 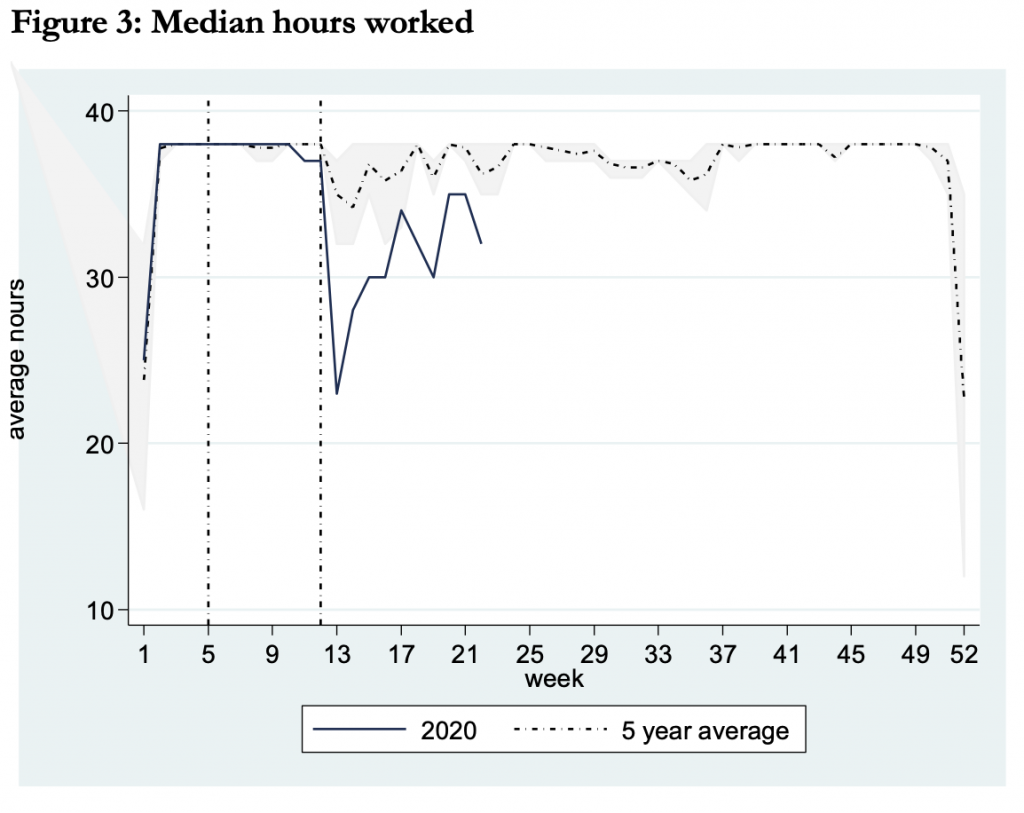 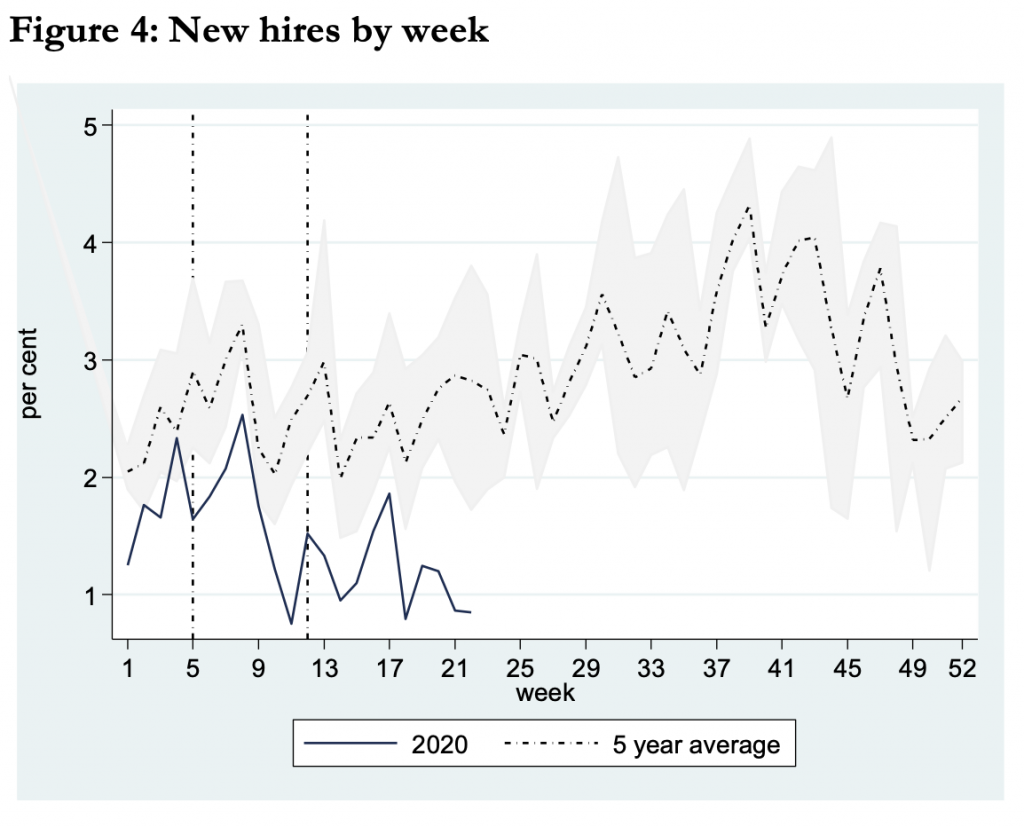 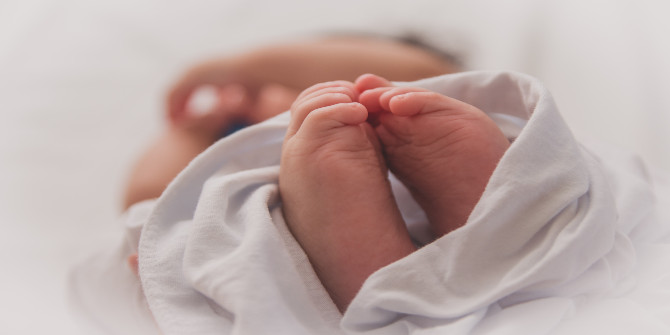 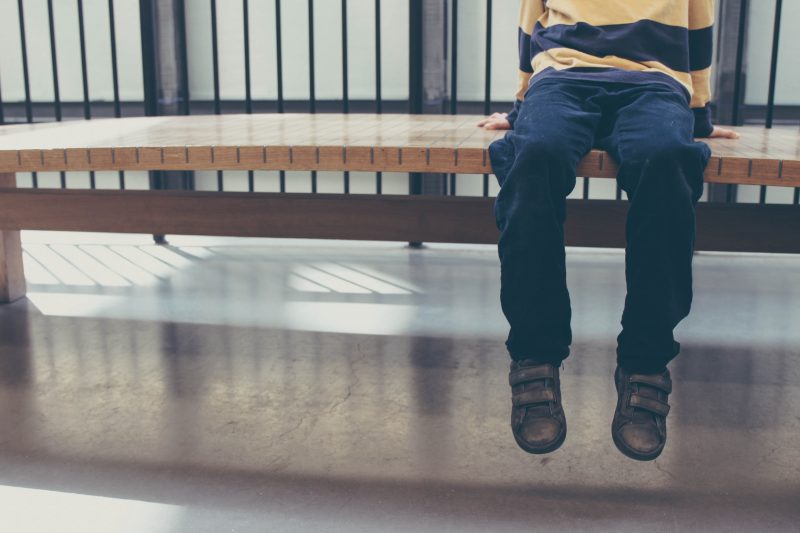