Social identities and perceptions of social cleavages have not lost their mobilising capacity: they have been reconfigured, argues Eric Shaw. People are less likely, for example, to see themselves (in a politically significant way) as working class but as respectable ‘hard-working families’. The problem that Miliband and the Labour party have is that many people associate them with benefit claimants and immigrants.

Labour problem is not its recent dip in the polls – within the margin of error – but the modesty of its lead. Those who recall Labour’s big leads in the 1980s and early 1990s know they can melt as quick as the mist in the morning sun. At this stage of the election cycle Labour should be well in the lead. The question is why not?

There are a variety of answers. Election analysts have shown that evaluation of the perceived economic competence of the parties and the qualities of their leaders are key factors determining election outcomes. On both matters Labour scores poorly. Let us take this as read and move on. 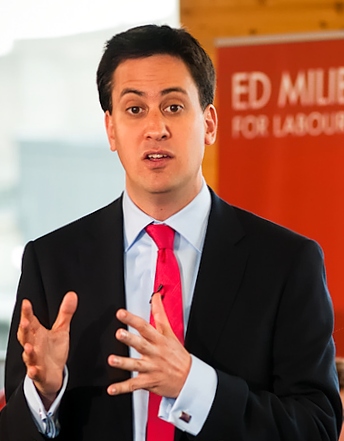 How parties are rated on matters most in the public eye is equally crucial. Labour’s problem is that, on two of these, immigration and social welfare, it trails well behind the Tories. Curbing immigration and the denial to immigrants of welfare benefits, YouGov polls have indicated, is the top public priority. On welfare benefits only a minority of voters share Labour’s anguish: the majority either back the coalition or feel it has been too soft.

This creates dilemmas for Labour but there is also a problem which many prefer to duck: what Peter Kellner has recently called ‘the gulf between perception and reality.’ On key emotive issues, such as the scale of welfare fraud, the numbers of  immigrants and their economic impact public attitudes are based on what could politely be called a tenuous grasp of reality. Precisely why is a complex question (which we haven’t the space to explore here) but, as Kellner has noted coverage by the tabloids and popular soaps have made  their contribution.

But there is one final aspect I wish to raise, albeit briefly. It is often argued that the impact on political attitudes of social identities (notably class) have greatly abated. I want to argue that thing is wrong. Their real significance lies in the way social identities and divisions have been reconstructed and the impact this has had on public opinion and on attitudes towards the Labour party. Here I offer the bare outlines of my argument.

Social identities and perceptions of social cleavages have not lost their mobilising capacity: they have been reconfigured. People are less likely, for example, to see themselves (in a politically significant way) as working class but as respectable ‘hard-working families’. They are equally now less likely to counterpose themselves against employers or the rich but against ‘social security scroungers’ and immigrants: ‘the strivers and versus the skivers’.

Labour’s problem is that many – across all social classes – identify it with these despised and stigmatised minorities. Research published by Patrick Diamond and Giles Radice in 2010 and 2011 found that the majority of their respondents associated Labour with benefit claimants and immigrants, believed that it placed the interests of  immigrants ahead of those born in Britain and that it  had ‘little to offer’ ordinary ‘hard-working families.’

I want next to quickly examine how social identities and notions of social cleavages, affect political attitudes. Vincent Price, an American expert on public opinion, has argued that in  deciding where they stand on an issue people ‘are not so much deciding their own opinion’ but ‘with whom they stand.’ Why? People have multiple social identities but what matters is which are held to be most salient in any given situation. Once a particular identity is activated its adherents learn the typical characteristics of that group (aspirational, hard-working etc.).

The media, parties and other opinion-formers then help fill in the picture by depicting which groups are at odds over a particular issue and in what ways (e.g. ‘strivers v skivers’). Commonly this involves the portrayal of the less favoured groups in a highly stereotypical and even caricatured manner (Benefit Street is a classic example here) which reinforces and raises the emotional temperature of the lines of opposition. The key point here is social identity is acting as what Price calls an ‘interpretive framework….. that organizes perception and cognition.’

In short, even leaving aside the big issues of economic competence and leadership, Miliband and his colleague faces an uphill task because of the way the public will is organised and attitudes forged.

Where does this leave Labour? The debate within the party has been largely over whether (to use the jargon) it should opt for a ‘preference accommodating’ or a ‘preference shaping’ strategy.’ Neither is likely to work. Research into persuasive communication suggests that the most effective approach – though not an easy one – it to develop plausible and convincing narratives and story-lines, and discourses that can resonate. (Bankers responsibility for the financial crash and the burden of debt?). The plus for Labour is that attitudes tend to be fluid, contradictory and molten and hence can be modified. The minus is the shortage of time.