The Coalition’s recent commitment to large-scale housing projects resonates with a long tradition of town planning in the UK. The team from the New Urbanisms, New Citizens project suggest that these plans must learn lessons from the more recent past, as well as from the grand schemes of decades ago.

On 22nd November 2012, Deputy Prime Minister Nick Clegg announced a series of measures to stimulate UK house-building. Following the commitment to large-scale housing policy announced in 2011, the Deputy Prime Minister’s speech to the National House-Building Council included plans to ‘unblock’ sites with existing outline planning permission for between 4,000 and 9,500 homes. Mr Clegg pledged £225 million to “these projects, with an immediate aim of delivering nearly 50,000 new homes”.

The Coalition’s emphasis on large-scale housing projects resonates with a century of town planning in the UK – from the New Towns to New Labour’s Sustainable Communities agenda. Indeed, the ideals and imperatives of Ebenezer Howard’s Garden City featured prominently in Mr Clegg’s speech. As he pointed out, the successes of comprehensively-planned, large-scale house-building in the UK have been many.

The ‘New Urbanisms, New Citizens’ (NUNC) project (details below) has shown that New Labour’s Sustainable Communities policy spawned new urban places that – according to their residents – can be enjoyable, sociable, and pleasant places to live. However, our research also revealed that several lessons can be learned from this recent policy initiative, which could be heeded in light of any move to reinvigorate Garden City ideals.

In his announcement, Mr Clegg pointed out that a key issue for 21st-century Garden Cities will be ensuring that they succeed as sustainable settlements in their own right, and do not merely become commuter towns. They must, he said, meet the needs of their future occupants. The Government’s oft-repeated emphasis upon ‘local’ control of planning decisions has offered existing communities input into the planning of new developments. Yet community input tends to be directed towards relatively straightforward issues such as the location and size of a new development. However, we suggest that there could be greater scope (where this does not exist) for public engagement with the development of the more detailed elements of Local Plans and Joint Core Strategies. 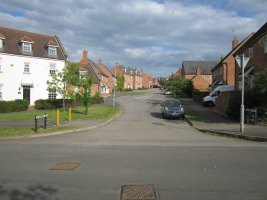 Based on our experience of research in new communities, a particularly pressing issue concerns the mechanisms through which future residents might be engaged in the planning of communities. Notably, local initiatives to consult this important stakeholder group were missing from the ‘Design Codes’ produced through the previous administration’s Sustainable Communities agenda. Whilst master-planning is crucial to planning for extensive housing developments, local plans need to involve some degree of flexibility and be carried out in conjunction with the actual community. Clearly, it may be considered difficult to consult with residents about their needs before they have moved into a community. However, our research with residents of new communities, as well as conversations with professional planners, found that there is scope for meaningful engagement with residents as they move in to new communities. In particular, the first ten years seem to be the time when new residents’ priorities become clearer. During this time, engagement could take place, through a variety of mechanisms – for instance by:

A group to remember in such initiatives is young people, who as new residents are not only aware of their own needs but also have a broad perspective of the issues relevant to the different generations of a community. For instance, with our research focus on young people’s experiences of living in new communities, the NUNC team held local workshops to initiate dialogues between planners and young people between 9 and 16. The team also assisted North Northamptonshire’s Joint Planning Unit in a 2012 consultation on its Joint Core Strategy with primary school children. These exercises demonstrated that children and young people can provide all manner of rich, useful, detailed local knowledge about communities, but that this knowledge is overwhelmingly overlooked by many adult planners, policy-makers and stakeholders.

Building new communities on a large-scale such as the new Garden City-style developments tends often to court controversy – from NIMBY-ism to national pressure groups. In his speech, the Deputy Prime Minister insisted that localism afforded a way-through such controversies: “when it comes to major development, we don’t need to revert to central planning; we can embrace a new era of community planning instead.” Yet the tensions between ‘old’ and ‘new’ settlements are not simply a function of questions like where a Garden City should be located, or how big it should be – questions that, perhaps, could be dealt with through community planning.

Our research shows that the tensions between old and new communities may extend beyond the planning/construction phase, especially where new developments are directly adjacent to existing towns and cities (as are some of the examples cited by Mr Clegg). For instance, in one new sustainable suburb, adjoining another, older suburb we found that there was only one road and one footpath linking the two communities, whilst a high wall separated the two developments. Furthermore this physical barrier was enforced in the negative stereotyping of the new housing and its residents by those living in the older community. In other communities, there was evidence of tensions between ‘old’ and ‘new’ sections of the developing community – which often mapped onto differences in terms of housing tenure and membership of community organisations. 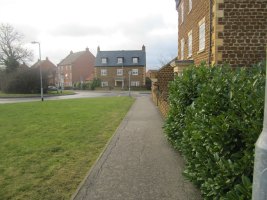 The master-planning process itself – which will apparently remain central to the revived Garden Cities concept – has also created its own problems. For instance, many communities built since 2000 were planned through complex multi-stakeholder, multi-funder processes (including house-builders, land owners, Local Authorities, Housing Associations, and others). One outcome has been that the green-spaces – patches of woodland, wildlife spaces, grassy areas – that were, and will likely remain, a core part of ‘sustainable’ urban planning have become a source of tension. Quite simply, from residents’ perspectives, it is unclear who owns, who may use, and who has responsibility for these green spaces. Such uncertainty has only served to heighten the kinds of tensions between adults and young people that are well-known from other communities. For instance, as young people play or hang out in these spaces, some adults seek to claim that they are ‘private’ or only ‘for’ residents of a particular cluster of houses. Thus, uncertainties about ownership of green spaces have led to a series of competing claims for their usage.

Sustainable Communitiesplan, sustainability represented an important current of the Deputy Prime Minister’s speech. Arguably, planning for sustainability is something that cannot be avoided if large-scale housing developments are to meet with majority approval. Yet our project has uncovered some particular challenges that, whilst apparently minor, may constitute limitations to the sustainability (and desirability) of large-scale housing projects. A key finding has been that adults and especially young people are resistant to unconventional, ‘sustainable’ forms of design. A second key finding has been that families living in sustainable homes are often unsure about how to use their homes and the technologies that are supposed to save energy. Some heating systems are complicated, yet in some rented and Housing Association housing, residents are not left with instructions as to how to use the technologies. Indeed, residents often feel insufficiently informed about how to ‘use’ their homes – some reporting higher energy bills than in their previous (‘conventional’) homes.

If new Garden Cities are to succeed as sustainable places – at least in an environmental sense – greater attention needs to be paid to the ways in which residents perceive and use sustainable design. It is likely that the majority of homes in new large-scale developments will be owner-occupied or shared-ownership. Whilst design education may also play a role, if attitudes to more ‘radical’ forms of sustainable design do not shift, there are question marks over whether prospective residents will be ready to purchase such homes – especially if (and this is a big ‘if’) higher standards of energy efficiency become the norm. Equally, whether owner-occupied or rented, it seems imperative that steps are taken to ensure that sustainable design is matched by clear information for residents about how to use their homes. Some of the responsibility will lie with house-builders, the designers of heating technologies, and landlords – however, new legislation on Garden Cities may afford an opportunity for greater guidance about how residents can be ensured detailed guidance about the practical, efficient usage of such technologies.

Lessons from the (recent) past

The return to Garden Cities represents a clear attempt to revive what Mr Clegg called the “imagination, ambition, leadership” of the New Towns of the twentieth century – ending with a rallying call that, “[i]n keeping with our great British traditions: it’s time to think big”. Despite their failings, New Labour also sought to ‘think big’ – not least in the Sustainable Communities Agenda. We would argue, then – based on our research findings – that the revival of Garden Cities should not only represent a programme of large-scale house-building that seeks to learn from the grand schemes of decades ago. Rather, lessons from the more recent past could form an important part in planning and legislating for new, large-scale developments. On the one hand, such lessons are significant because particular imperatives which characterised new communities between 2000-2010 – like sustainable technologies and urban designs – seem likely to be carried forward into the new Garden City plans. This is particularly the case where immediate attention is on un-blocking developments that received planning approval during the previous’ Government’s tenure. On the other, such lessons are significant because they tell us about the perceptions and experiences of residents who are living in new, ‘sustainable’ communities. In particular, they foreground the needs and aspirations of the residents who invariably spend most time outside, engaging with community spaces and urban designs: children and young people.

This blog is based on findings from a major, ESRC-funded research project (RES-062-23-1549). The four-year project looked at the experiences of children and young people (aged 9-16) living in four new, ‘sustainable’ communities built since 2000.It involved the collaboration of academics at three institutions: Professor Pia Christensen (Principal Investigator, Institute of Education, Warwick University); Dr Peter Kraftl (Co-Investigator, Department of Geography, University of Leicester; Dr John Horton (Co-Investigator) and Dr Sophie Hadfield-Hill (Post-Doctoral Researcher), both from the Centre for Children and Youth at The University of Northampton.

If you wish to know more about the project, please visit the New Urbanisms website

Professor Pia Christensen is a Professor of Anthropology and Childhood Studies in the School of Education at the University of Leeds.

Dr Peter Kraftl is Senior Lecturer in Human Geography at the University of Leicester.

Dr. John Horton is Associate Professor in Human Geography at The University of Northampton.

Dr. Sophie Hadfield-Hill is a Senior Researcher in the Centre for Children and Youth at The University of Northampton.