After last night’s late deal on press regulation Paul Bernal explains how he finds himself unconvinced by either side of an increasingly polarised debate. In fact the arguments from both sides are obscuring the real issues at stake here, with the implications of Leveson being more relevant to party politics than ‘free speech’.

In the run up to what would have been today’s debate and vote, the hype over Leveson has seemed to be ratcheting up a few notches. Nick Cohen’s acerbic piece in the Observer, headlined ‘Leveson’s liberal friends bring shame upon the left’ is just one example. Given that those most closely involved in the debate on both sides are journalists, politicians and ‘media folk’ it should not come as a surprise that the contributions (again on both sides) are well-written, in prominent places in the media, and tending towards the hyperbolic.

If you believe Cohen and those on his side, the ‘pro-Leveson lobby’ are risking centuries of precious free speech just to make a political point, whilst if you believe Cathcart, Hugh Grant and the Hacked Off team, if we don’t implement Leveson we will be missing a historical opportunity to rein in the evils of the press barons and their abominable practices. Who’s right? The points made by both sides are well-put and seductive. Cohen’s right that we shouldn’t allow an opportunity to humiliate David Cameron and give the likes of Murdoch and Dacre a bloody nose to blind us to the risks to free speech of giving politicians control over the press. Hacked Off are quite right that what the press have done – and indeed continue to do – is often hideous and hugely reprehensible, and that just allowing it to go on without any action would be ridiculous. And yet I find it hard to get wholly enthused by either side of the debate.

I don’t believe the ‘anti-Leveson’ argument for a number of reasons. First of all, because as I’ve argued before I don’t think the mainstream press that we have now bears much resemblance to a ‘free press’ – it’s just a question of who or what controls it, rather than whether it’s free. Secondly, I don’t think that what’s being proposed by either side will actually do much to fetter the press. It may control one or two excesses, but it won’t do anything that’s not already being done. We already have defamation and privacy law that impacts upon free speech, we already have huge editorial control that prevents some of the really important debates ever reaching the public eye – what’s proposed by Leveson won’t make as much difference as his opponents might think.

Similarly, I don’t believe the ‘pro-Leveson’ group either. Firstly, as noted above I suspect they’re deeply naïve if they believe that even the full implementation of Leveson would really do that much to curb the practices of the press – regulation rarely has the effects that people might desire, either way. What’s more, if they imagine that implementation of Leveson would turn the likes of the Sun, Mail and Express into responsible papers, they’re really living in cloud cuckoo-land. Regardless of Leveson, the Sun will still be full of rampant misogyny, the Mail full of anti-immigrant and anti-European rants and the Express will still billow out homophobia and Islamophobia. They’ll continue to demonise the disabled and those on benefits, twist the debate on Europe and shift the blame for all our problems onto the vulnerable and the innocent. They may not hack our phones, but they’ll still find a way to dig out secrets and private information – and ways that are technically legal, too. The data is out there – and they’ll find a way to dig it out and to use it in all kinds of horrible ways. If we think statutory press regulation will stop this, we’re deluding ourselves.

The reality is that this debate is primarily a political one – and almost nothing to do with free speech. It’s a chance for David Cameron to put clear blue water between himself and the Lib Dems – and a chance for Ed Miliband to give Cameron a good hiding. It’s Nick Clegg staking claim to a liberalism that his behaviour over the last two years in coalition have vigorously denied. It’s a chance for all three to position themselves in preparation for the long run-up to the 2015 election.

All this is happening while the real ‘cutting edge’ of free speech is somewhere other than the papers – and is under threat in ways that Leveson doesn’t get close to. Free speech is in the hands of the bloggers and tweeters – and the question of how to ‘regulate’ them is still up in the air. Social media prosecutions are still happening – and though the DPP has issued new guidance that might liberalise it a bit, the proof will still be in the pudding. We don’t know what will happen – but none of the political parties has taken a good, free speech stance, obsessed as they are by Leveson.

Free speech is also in the hands of the protestors – and there are also few signs that any of the politicians are coming out properly in support of the rights of people to protest. Instead, there are prosecutions and crackdowns. If politicians of any side of the debate are really in favour of free speech, they’d be talking about this a lot more. Are they? Not really – and certainly not at anywhere near the level that they talk about Leveson.

For me, Leveson is to a great extent a distraction. However the vote would have gone, it won’t have been disastrous for either side. There will be much more hype over the next few days – but we should take it all with a huge pinch of salt. We shouldn’t believe the hype – we should focus more on the real threats to free speech that are out there.

This was originally posted on Paul’s blog.

Paul Bernal is a lecturer in the UEA Law School, specifically in the fields of Information Technology, Intellectual Property and Media Law. He completed a PhD at the LSE in early 2012, having been supervised by Conor Gearty and Andrew Murray. His research relates most directly to human rights and the internet, and in particular privacy rights. You can follow Paul on Twitter here.

Posted In: British and Irish Politics and Policy | Media and Communications 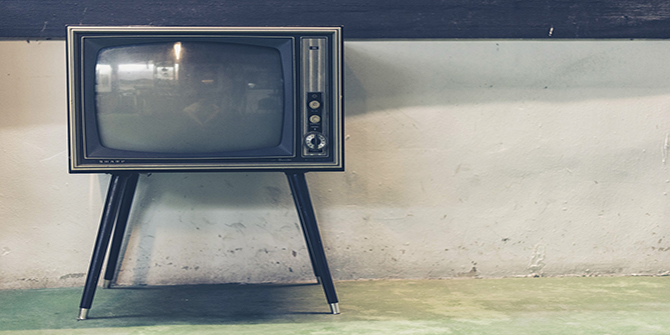