The local public library service across the UK has lost ground in recent times with rapidly declining book borrowing, a stale services culture, an ostrich-like ignoring of e-books, and high levels of fines putting off many users. However, Avery Hancock shows how the imminent and extensive threats to cut library services back to the bone has re-mobilized support for these key community institutions. It has also fuelled vitally needed new thinking on how to modernize and extend the appeal of libraries once again.

The growing UK-wide campaign to halt library closures couldn’t have been given better ammunition than Roy Clare, the chief executive of the Museums, Libraries and Archives (MLA) Council, who recently suggested that libraries are primarily used by the white middle classes. The Daily Mail article in which the comments appeared has since disappeared from the web but it was picked up in time by the Public Libraries News blog, the ‘nerve centre’ for saving libraries under threat of shutting down. Gloria De Piero, the shadow media and culture frontbencher has asked the government to condemn the remarks.

Indeed, one of the common rallying cries from campaigners is the importance of libraries to socially excluded or disabled people. As Baroness Rawlings, noted in a recent Lords debate, there are more than 2 million ‘talking books’ in stock in UK libraries, as well as collections of large-print material, which are also used for the blind. And in 2009-10, nearly 88,000 housebound readers benefited from mobile library services.

Campaigners have also made the links between libraries and digital exclusion. Last year a report from the Department for Culture, Media, and Sport (DCSM) found that internet provision at public libraries encourages lower income members of the community to get online; a key objective of the government’s RaceOnline 2012 campaign. In a heated Westminster Hall debate last week, Wigan MP Lisa Nandy warned that as one in five people lack internet access at home, internet provision at libraries is essential for gaining access to information on jobs, benefits, and other services.

Equally important, campaiagners say, are the opportunities libraries provides children from low-income households for learning; a survey from the MLA in 2008 showed 70 per cent of children believe that a library is one of the best places to learn, outside school. The same DCS report also notes that the majority of Bookstart packs, intended to boost parental reading habits and children’s progress in reading, are funded by library services.

Campaigners say making the case for public libraries has become ever more important as the effects of the spending cuts on local authorities are being felt ‘on the front lines.’ While DCMS holds the policy-making power in public libraries, it is local government who pays the bills, who arguably came out in ‘worst position’ after the Comprehensive Spending Review with a massive 51 per cent cut. An interactive map from the Guardian shows how proposed library cuts are dispersed around the country.

Since then Public Libraries News blog has kept track of the number of libraries ‘under threat’ or recently closed; as of Tuesday 25 January there were 397 libraries plus 48 mobile library services on the list. The cuts have certainly inspired innovative campaigning; Milton Keynes library used their maximum allowance of books to clear all 16,000 volumes from the shelves to protest against the council, who is considering closing the Stony Stratford library as part of a larger push to save £26million in 2011/12.

Other protests have taken place in Somerset, North Yorkshire, Oxfordshire (where author Phillip Pullman gave this impassioned speech to a packed town hall meeting), and Suffolk. They have coincided with a twitter campaign (#savelibraries) that has attracted thousands of followers. In London, mayor Boris Johnson has announced plans to set up a trust to “manage and improve” libraries for councils that can no longer afford to do so, such as the Marylebone library run by Westminster Council.

Under the Public Libraries and Museums Act of 1964, local authorities are under a duty to provide a “comprehensive and efficient library service.” In response to criticism that local authorities were ducking this responsibility due to spending cuts, the MLA chief responded in a letter to the Times that while ‘closures grab headlines’, efforts to rationalise costs and infrastructure contribute to an ‘efficient’ service and could promote the use of digital media such as e-books and 24/7 access.

Margaret Hodge, who was Labour’s culture minister admitted as much; only 14 of 151 local authorities have libraries that offer ebooks and ‘footfall is down.’ Some of her ideas, such as allowing Starbucks branches to open inside libraries gained little currency with defenders of old-style libraries. But they did raise important questions about what exactly is the point of a public library in the 21st century. Her recommendations for libraries to offer free internet access to all, offering 24-hour access through improved online catalogues, and increasing the stock of e-books were aimed at addressing these concerns.

There is certainly a case for more joined-up services in public libraries. In England alone we currently have 110 different local library services, and 110 different apparatuses for organizing the management of library services. Many commentators have noted that an average of 7.5 per cent of a library budget is spent on book stock, suggesting inflated corporate management and bureaucratic structures. But the very bodies that could advise and oversee needed library innovation are being axed.

Under the Public Bodies Bill the MLA is due to be abolished by April 2012 to ‘focus efforts on front-line, essential services and ensure greater value for money.’ This is on top of plans to axe the Advisory Council on Libraries (ACL). Barroness Whitaker has argued that some advisory body like the ACL must remain to advise DCMS as ‘even the best educated policy officials do not have the skills and experience of professional librarians-nor perhaps the needs of many library users.’

In terms of ‘front-line’ services, the Chartered Institute of Library and Information Professionals (CILIP) estimates that 6,000 library jobs will be cut in the next few years. In response to claims that volunteers could ‘step in’ to fill the gap, CILIP Chief Executive Annie Mauger notes that the majority of library services have already been working with volunteers for many years but that ‘volunteers are not free’ ; they cost money to manage and coordinate by expert and qualified staff who ‘know the business.’

Ed Vaizey, the DCMS minister, promised last September to stand ‘shoulder to shoulder’ with local authorities to protect library services, emphasizing that 75 per cent of children and 40 per cent of adults visit libraries each year. But Vaizey’s apparently vague responses to campaigners’ protesting emails and letters have led them to invent a new verb, ‘evaizive’ (a good example comes from a parliamentary question on 19 January).

Yet it seems volunteerism is the salvation route envisaged by the government. In an interview for Guardian last July, Vaizey said that ‘there are all sorts of ways of configuring the big society.’ He pointed to the example of the failing ‘George and Dragon’ pub in North Yorkshire which was bought my local residents and now offers a limited lending service. But many library activists are not convinced by the volunteerism model, and have suggested following the lead of the wildlife charities which the Department of Environment, Food, and Rural Affairs hoped would take over running wildlife reserves.  Organizations like the National Trust and the Royal Society for the Protection of Birds have raised a number of objections to the scheme, writing in a letter to the Department that “Government must ensure sustainable funding packages are in place to support delivery throughout the length of service delivery agreements”; in other words, that they get paid.

As Pullman put it: ‘The fact is that if there’s anyone who has the time and the energy to work for nothing in a good cause, they are already working for one….This is the Big Society, you see. It must be big, to contain so many volunteers’. The big danger remains that by the time incremental cuts have happened across the country, the volunteers won’t have many libraries left to save. 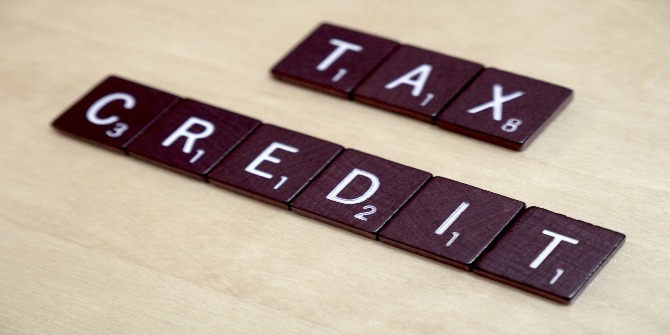 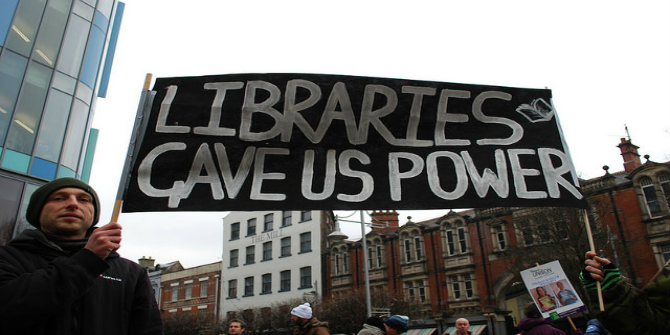